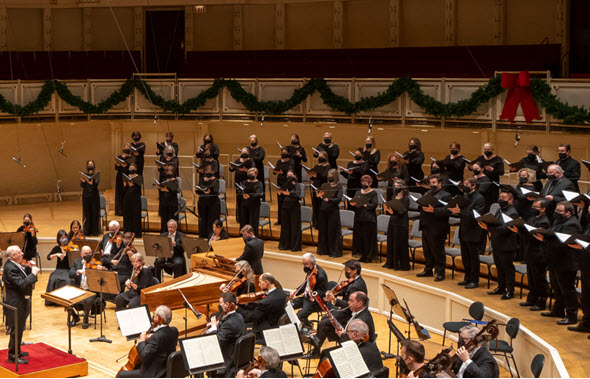 Review: Handel’s oratorio, performed by the Chicago Symphony and Chorus led by Nicholas McGegan, was happy augury for 2022.

As we make the turn into 2022, or the second half of a performing arts season still playing out under the threat of Covid’s resurgence, I find myself still resonating to the mid-December production of Handel’s “Messiah” by the Chicago Symphony Orchestra and Chorus led by Nicholas McGegan. That brilliant achievement and exhilarating experience came at the end of a bumpy series of autumn concerts at Orchestra Hall.

It was a bizarre stretch of Chicago Symphony concerts – and some crazily variable conducting – that led up to McGegan’s thrilling “Messiah. The season’s auspicious launch, with music director Riccardo Muti leading clear-sighted, keen-edged performances of Beethoven’s Third and Seventh Symphonies in the first two weeks spun forward to the disappointment of Michael Tilson Thomas’ cancellation of a two-week visit because of surgery for a brain tumor. But two fine old hands stepped in, first James Conlon and then Manfred Honeck, and all was well. 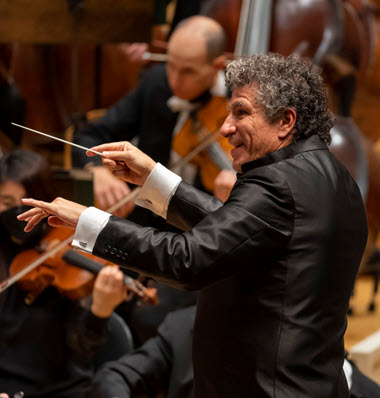 Giancarlo Guerrero: Pedal to the metal in Beethoven.

What came next was the roller-coaster ride. Muti likes to refer to the Chicago Symphony as his Ferrari. Years ago, a salesman at a high-end car dealership told me that most accidents involving super-fast automobiles are single-car crashes. Guys – and it’s usually a guy, he said – get behind the wheel, put the hammer down and proceed to wipe out at the first bend in the road.

That’s essentially what conductor Giancarlo Guerrero did when he turned the key for Beethoven’s Symphony No. 1, driving orchestra, symphony and all headlong, relentlessly into the ground.

Elegance was restored in the form of Finnish conductor Hannu Lintu, who reminded us what Muti really meant in his Ferrari comparison by guiding the CSO virtuosi through a Brahms Fourth Symphony of consummate finesse and closely gauged power. 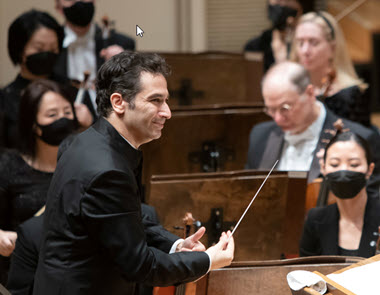 If that was a summit, the belaboring of Tchaikovsky’s Fifth Symphony at the hands of Andrés Orozco-Estrada was remarkable to witness in quite a different sense. Here was a blaraing assault on Tchaikovsky, unremittingly loud. It must be said of the CSO that it gives a conductor exactly what he, or she, wants.

All of which brings us to McGegan and a “Messiah” long to be remembered. Here was a masterful display of the art of conducting and a beguiling immersion in Baroque style. From a considerably scaled-back ensemble playing on modern instruments, McGegan drew smartly articulated, buoyant playing that provided an ideal framework for a performance by the Chicago Symphony Chorus that shimmered in its energy, spirit and sheer musicality. 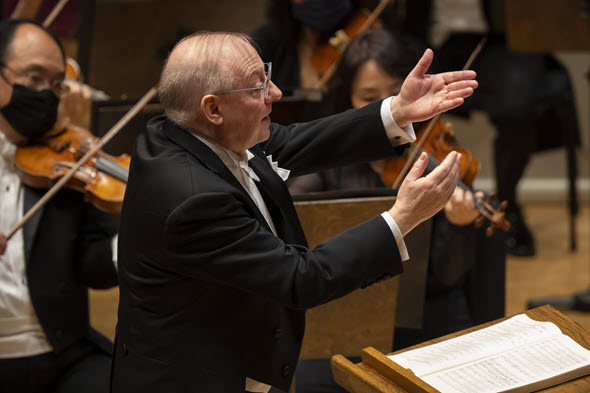 In “Messiah,” McGegan fit orchestra and chorus together like matched jewels.

Chorus upon chorus through Handel’s staggering sequence from “And the glory of the Lord” and “For unto us a Child is born” to “Hallelujah” and the crowning “Worthy is the Lamb” with its great fugal Amen capstone, the 55-voice choir prepared by Duain Wolfe sang with a precision – no, a specificity – that left one quite slack-jawed. And McGegan matched the sound of orchestra and chorus like two jewels fitted in a single setting. It was beautiful in sum, wholly engaging and profoundly moving. 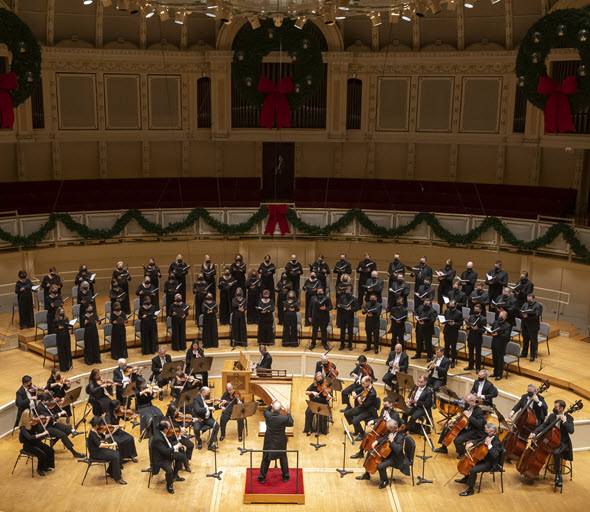 McGegan drew from the chorus a sound that transcended the precise — to the expressively specific.

Now, the Chicago Symphony marches into the New Year with some Ravel and Gershwin (Jan. 6-8, German conductor André de Ridder and American-Israeli pianist Inon Barnaton).  Then comes an unexpected residency by Muti – three weeks with the orchestra here in lieu of a planned Asian tour. Muti’s first program, Jan. 13-15, brings more Beethoven symphonies; concerts Jan. 20 and 23 offer the rather surprising choice of suites from Tchaikovsky’s “Swan Lake” and “Sleeping Beauty” ballets, and the third weekend, Jan. 27-29, presents a Baroque soirée featuring concerto appearances by members of the orchestra.

All this is assuming that Delta, Omicron and their invisible but annoying variants cooperate. Or better, just go away.