Shrouded in dreams and illusion, Goodman’s ‘Sweet Bird of Youth’ teeters into nightmare

Review: “Sweet Bird of Youth,” by Tennessee Williams, at the Goodman Theatre through Oct. 28. ★★★★

As the crowd settles in at the Goodman Theatre’s “Sweet Bird of Youth,” a gauzy curtain floats in the breeze. Projections of palm trees sway upon it. The sounds of lapping water and distant gulls waft in.

It’s a fine semblance of dreamy timelessness, an elegant blur, the glimpse of bliss you sometimes get in that relaxed half-state between sleep and awakening, before reality closes in.

The reality that comes will be told by that poet of slow dynamite, Tennessee Williams, who unfolds an Easter Sunday story with deadly irony about decadence, blasted hope and the delusion of youth everlasting.

Meanwhile, though, credit is due to the quartet of artists that Goodman has assembled around director David Cromer – set designer James Schuette, lighting designer Keith Parham, music and sound sculptor Josh Schmidt and projectionist Maya Ciarrocchi – for getting us into that mood, that state of readiness.

It’s a story about a loser named Chance Wayne who is counting on staying young and dazzling forever, and his more savvy counterpart, a veteran Hollywood actress who is seriously self-medicating herself to obliterate the horror of seeing her sagging face in close-up on the silver screen. But it’s got to start in a certain genteel, Southern sort of place for Tennessee to work his crumbling charm, when gracious curves become vicious circles, and Cromer’s team has created that world well. 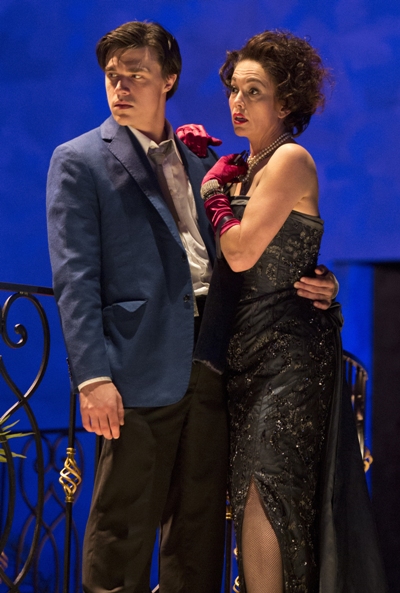 Finn Wittrock, as the handsome Chance, will see his cheap delusions disintegrate, although it’s not so obvious at first, as he prances in his silk pajamas and practices his sexy con. But the realization that Chance’s luck is spent does come quite early, as Schuette’s sets start to circle and the pace quickens. We know a brutal end is looming even as we watch Wittrock’s Chance audaciously double down. Do we know it too soon? Perhaps.

The surprises keep on coming, however, from Diane Lane in a brilliant performance as waning film star Alexandra del Lago, who begins this tale as a stoned, suicidal hellcat dependent on Chance’s ministrations. It’s a wonder to watch as she strengthens Alexandra degree by sardonic degree, in a fabulous arc of wit-gathering, shrewd intelligence, a ready grasp at luck and brutal determination to survive. She may be on the lam as the Princess Kosmonopolis, but Lane’s Alexandra del Lago, like Maggie in “Cat on a Hot Tin Roof,” is stronger than anyone gives her credit for. 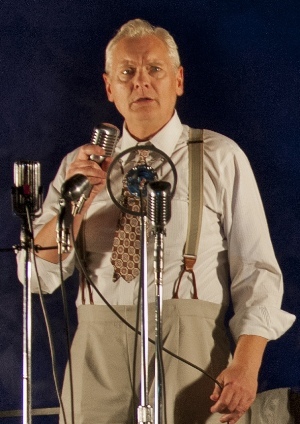 Williams’ own writings are filled with frustration over losing track of “Sweet Bird’s” center, of taking the story away from Alexandra and Chance and pointing it toward the malevolence and corruption of Boss Finley, the father of Chance’s first love and continuing obsession, Heavenly Finley. On this question of where the emphasis should lie, director and playwright would seem to agree. The Goodman production swirls around Chance and Alexandra. Although Boss Finley is determined to castrate Chance for despoiling his daughter, the boss’s realm is set physically apart. The threat of retribution, which is real, becomes known long before we ever meet the tyrant who has made that vow.

Chance has come back to his hometown to stash Alexandra in a hotel room while he makes another play for his boyhood sweetheart, and it’s then we learn, although Chance fails to hear, that Heavenly has suffered far more grotesquely from her contact with him than he knows, and that there will be hell to pay. The consequences of Chance’s actions could be interpreted as inevitable, deriving from his character and choices, almost in the Greek sense. Just how much more we need to understand about Finley is open to question. 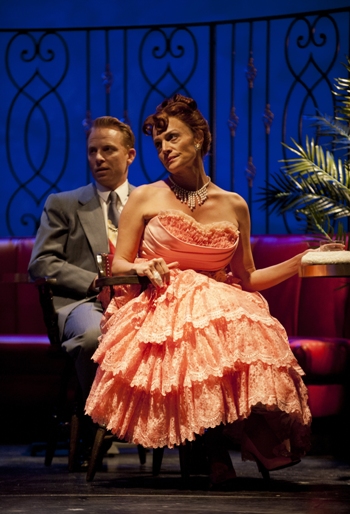 Middle scenes that Williams wrote at one time or another deal with Finley’s manipulative grip on the town he controls and with Finley’s own duplicity and impotence in relations with wife, mistress and daughter. But Cromer’s isolated focus on the Finley clan in a truncated second act would almost argue for the irrelevance of such distractions, despite the strong performance of John Judd as the raging father.

The play’s other women help to shape Cromer’s overall approach as well. Kristina Johnson, in a brave performance as a Heavenly whose name is now sad irony, becomes critical to us in understanding how worn Chance’s promise has become. And the portrait of Miss Lucy — the Boss’s blunt and feisty mistress with a habit of saying plain things plainly – becomes part of the play’s long buildup to the harrowing end.

In Cromer’s construction, the final thrust of the story really begins with the hotel bar scene, where we meet Miss Lucy (Jennifer Engstrom) and see — through townspeople’s eyes — how completely Chance has burned his bridges. Engstrom’s Lucy is almost complicit with us as she dryly shares her insider’s view of who’s who and what’s at stake. The set starts to rotate in a slow and harrowing spin as the panicked Chance’s fate relentlessly closes in – Wittrock’s most compelling scene.

From there it’s back to the hotel room and the bed of hopelessness that Chance soon will lie in, despite the urgent, heartfelt extension of a transcendent diva’s hand. Lane’s Alexandra is glorious here as the monster within her recedes and the artist re-emerges. 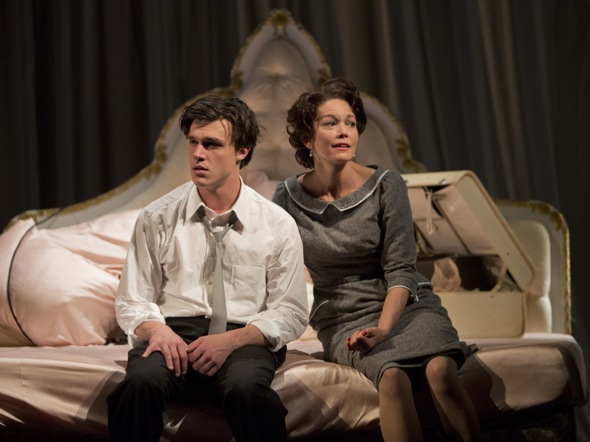