A delightful surprise awaits opera buffs in an ambitious, full-length staging of Carl Nielsen’s comic opera “Maskarade,” produced by Vox 3 Collective – in the original Danish, no less – at the Vittum Theater on Chicago’s northwest side. 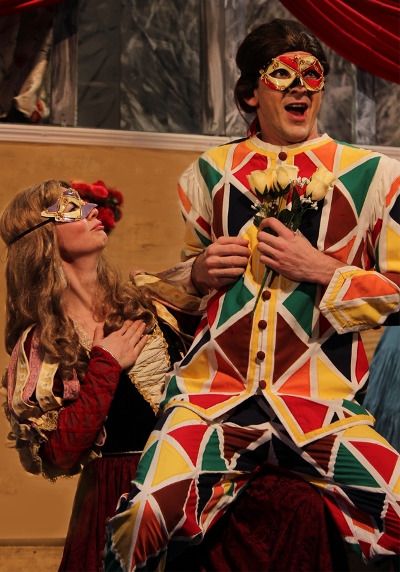 Nielsen (1865-1931), best known to American music lovers for his six symphonies and three concertos (for violin, clarinet and flute), wrote two operas – the serious drama “Saul and David” (1902) and four years later this earthy comedy that has become one of the cornerstones of musical culture in Denmark. Aside from the Overture and some orchestral bits, “Maskarade” is virtually unknown to American audiences.

Reminiscent of Johann Strauss Jr.’s “Die Fledermaus” and lightly tinted with the hues of Wagner and Mahler (the latter within a pervasive influence of folk music), “Maskarade” nonetheless bears Nielsen’s distinctive imprimatur in harmonic schemes familiar from the symphonies and a lyrical flair that buoys orchestra and voices alike.

Indeed, the greatest revelation of “Maskarade” – I confess to being unaware of another production during my many seasons in critic’s livery – is the facility and beauty of Nielsen’s vocal writing, in solo arias and ensembles alike. And Vox 3’s well-prepared, mostly young cast taps deep into that vocal treasury just as it captures the opera’s spirit of unbuttoned comedy.

As the Chicago-based company’s name suggests, Vox 3 Collective is a cooperative of college-trained singers dedicated not only to fostering the vocal arts but also to exploring music beyond the conventional focus on Western Europe. The Collective delves into genres from cabaret and art song to opera in venues across the city from theaters to bars and restaurants. Taking on Nielsen’s formidable “Maskarade” would be a worthy endeavor for any opera company; for a scrappy ensemble like Vox 3 Collective, presumably working on a very modest budget, to tackle the work in such a serious fashion — comedy or no — is impressive. 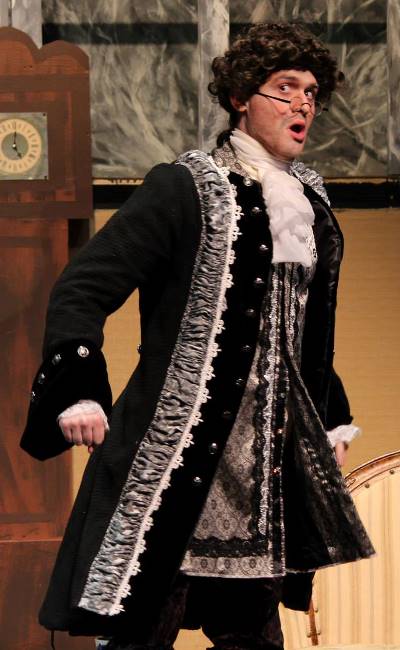 The plot of Nielsen’s opera turns about the resolve of a wealthy townsman to marry off his son to the daughter of an equally well-heeled friend, though the kids have never seen each other. But the lad is having none of it. Much like Romeo spotting Juliet, the boy – Leander, lustily sung by Nicholas Pulikowski – has espied a comely (albeit masked) lass at the previous night’s masquerade (it seems to be a season of such revels) and fallen in love. Totally. Though his old man is determined to keep Leander at home, they all end up at the masquerade, get drunk, generally misbehave and finish the night in perfect accord.

While “Maskarade” is outwardly about the young lovers (soprano Katy Compton completing the pair, as Leonora, in soaring voice), it is bass-baritone Zachary Elmassian’s authoritative singing as the father, Jeronimus, who commands the stage, the ear and the imagination. He also takes the prize for best-dressed player with an elegant frock-coat and trousers that cap off costume designer Erin Gallagher’s altogether attractive and evocative work. 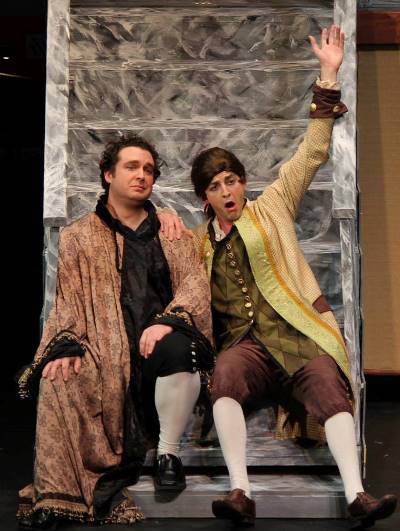 Another impressive vocal effort comes in baritone Michael Orlinsky’s droll turn as Leander’s servant Henrik, a sort of Figaro type who finds creative ways to help his young master get around Dad and hook up with, ah, that mysterious charmer. Rounding out the show’s best singing, Kathryn Wills offers a mirthful, full-voiced portrait of Leander’s mother and baritone Chungers Kim adds a resonant touch in two splendid arias as the town watchman – and symbolic time-keeper of the whole population’s flight into fantasy.

For that matter, kudos to the general populace, a chorus that sang appealingly and waded gleefully into the craziness of the masquerade that fills Nielsen’s expansive third act. One could easily imagine making some sharp cuts in that finale, but then again all credit to Vox 3 for just going for it. And in Danish. 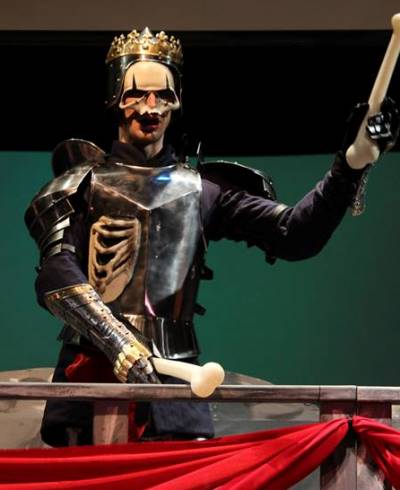 I have no idea how well anyone pronounced the Danish dialogue, coached by Lee Strousberg, who according to program notes “learned Danish…as a Rotary exchange student in Denmark many years ago.” I have a strong preference for hearing opera in the language the composer set, and it matters not to me that I could no more judge the accuracy of the cast’s Danish than I’ve ever been able assess the Russian I hear in “Boris Godunov.” To Mussorgsky’s mind, and to Nielsen’s, the music was not just in the notes but also in the mother tongue.

Vox 3 Collective’s “Maskarade” is remarkable, even if not perfect. The chamber-scaled instrumental ensemble, drawn from the Lakeview Orchestra and led by its music director, Gregory Hughes, sometimes struggled with Nielsen’s complex and subtly inflected score. Yet, all told, one had the sense of experiencing the opera as genuine article, engagingly set forth by co-directors Sally Eames and Brandon Hayes and efficiently framed by set designer Erica Burger. 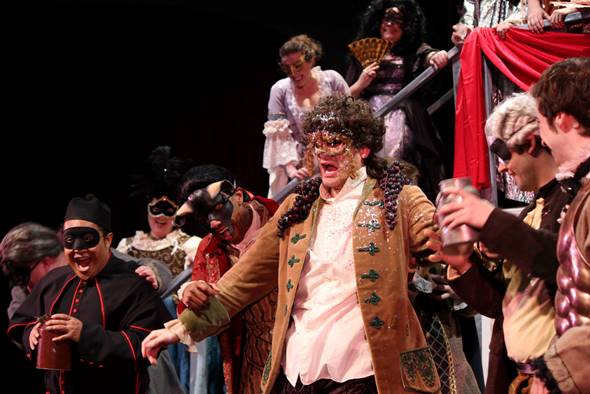 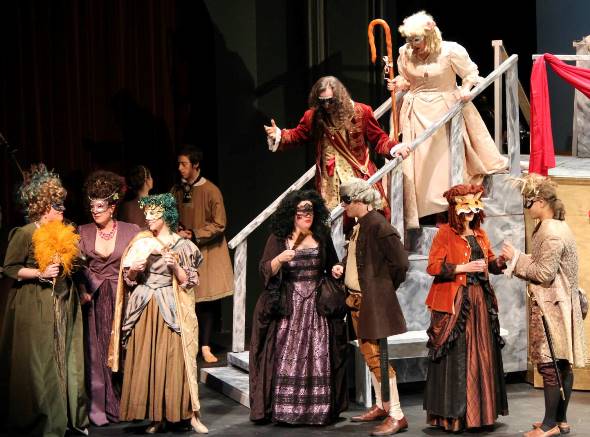