John Starr has enjoyed a successful career as a classical violinist, but he feels like he’s living between bookends of alienation. He never shared his father’s zeal for sports, and now his daughter is determined to make basketball her life.

In Jessica Dickey’s radiant play “Charles Ives Take Me Home,” brought warmly to life at Strawdog Theatre, it is a headstrong, pragmatic and philosophical composer – in spirit anyway – who guides a father and daughter toward common ground in their disparate passions. 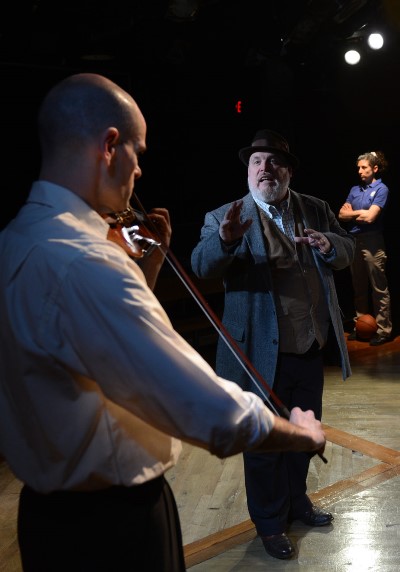 Like the music of its namesake composer, “Charles Ives Take Me Home” is at once down-to-earth and complex, brash and affecting. The play’s credibility requires an actor in the role of the violinist who can actually play Ives’ technically demanding music with ease and expressivity. This production boasts such a multitalented figure in Dave Belden, whose artistic world is divided between acting and playing violin in the Chicago Sinfonietta among other ensembles.

In this memory play, Belden’s middle-generation musician John Starr serves as the narrator. It is both his story and that of his basketball-devout daughter Laura, to whom Stephanie Chavara brings the conviction and assurance of an adult who has risen by her own bootstraps, and (perhaps harder) the obsessive dream of a child who knows what she wants so very much.

The Charles Ives factor probably bears some explaining. Born in Danbury, Conn., in 1874, Ives was an absolute original. He grew up with a keen sensitivity to the diverse sounds of music around him, and a consciousness that these wonderful impressions – of band music, church choir practice, whatever a lad might hear on an afternoon in the town square – usually came tumbled together. In his own music, he sought to recapture that real-world mash-up, and he dismissed conventional music as just so much “ta-ta.” 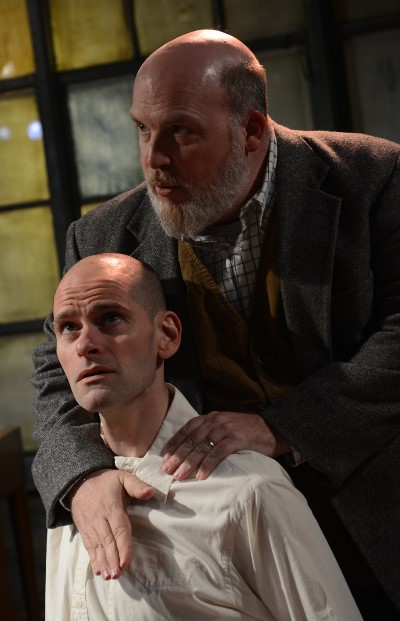 Ives knew he could never gain financial success writing music as he heard it, so he went into the insurance business and composed when he could. He was resolved to blaze his own trail, beholden to no one – like John Starr, whose sports-minded father never understood him; and like Laura Starr, the basketball fanatic whose father is failing her in exactly the same way.

Charles Ives enters this story (in the expansive and yet appealingly gentle person of Jamie Vann) because during John Starr’s student days at Juilliard, the composer once subbed for an indisposed teacher. Starr recalls how thrilled he was to be in the presence of this famous man whose peculiar music he already knew quite well. Better yet, Ives invites him to the first of what would become several private sessions – shortly before the composer’s death, in 1954.

It is philosophy of life more than theory of music that Ives conveys to Starr in their meetings together. A latter-day transcendentalist, the historical Ives was a natural adherent to the individualism earlier advocated by the likes of Thoreau, Emerson, Hawthorne and the Alcotts in response to the dehumanizing influence of the industrial revolution. And in his narrative, John Starr recalls taking the composer’s creed of self-determination wholly to heart. He might not be the football or baseball player that his father wished for in a son, but he was going to be a violinist and live the life he wanted. 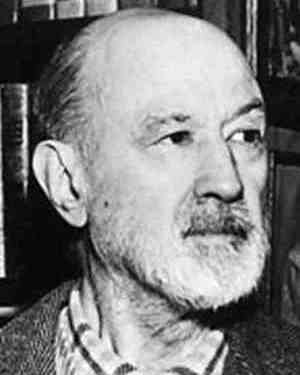 Ives has something to say about that, too. Actually, he points out to his young admirer, baseball and music have a good deal in common – in their rhythm and pulse and repetition. Years later, John recounts those precious hours with Ives and all his great wisdom for the benefit of his daughter. That’s great, she says, dribbling her ball in time to his playing — now will you give me a check for basketball camp?

While John Starr is providing us with the big narrative picture of his problematic life as an aspiring violinist, father of a recalcitrant daughter, husband in a failed marriage, the present tense of the play is Laura’s first game as a high school basketball coach. The story unfolds in jump-cuts between that locker room scene and her father’s reminiscences, seamlessly managed by director Keira Fromm.

It is halftime at Laura’s game. She is lecturing her young ladies on their deplorable effort in the first two quarters and explaining what it means to just lay out and go for something with everything you have, with a single purpose – which she sums up as diving for the ball. Chavara charges this speech with the do-or-die urgency of a Marine drill instructor. Dive for the ball now, now, on that floor out there, she says — or you will never understand what it means to dive for the ball in life.

John Starr would understand exactly what that means. But he can’t relate to his daughter’s singular passion for basketball, any more than his father could grasp his love of music. It isn’t that the violinist never sees the light; but his epiphany comes late. Sadly, humanly late.