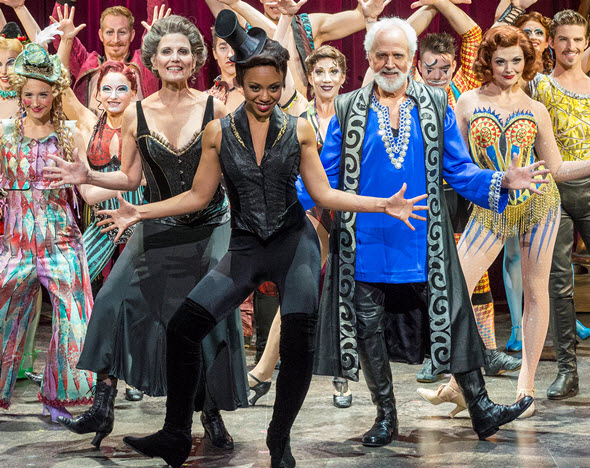 Review: “Pippin,” music and lyrics by Stephen Schwartz, presented by Broadway in Chicago at the Cadillac Palace Theatre through Aug. 9. ★★★

The musical “Pippin” is an oddity, a curiosity – an eye-popping crazy-quilt of commedia dell’ arte, dazzling choreography and Cirque du Soleil acrobatics draped over a thin plot about finding the meaning of one’s life reminiscent of Bernstein’s “Candide.”

All of the show’s most appealing qualities come together in generous portion in the national tour now playing the Cadillac Palace Theatre. But as a musical drama that seems to aspire to existential gravitas, certainly something more than glitzy revue, this once-forgotten venture wanders well wide of the mark. 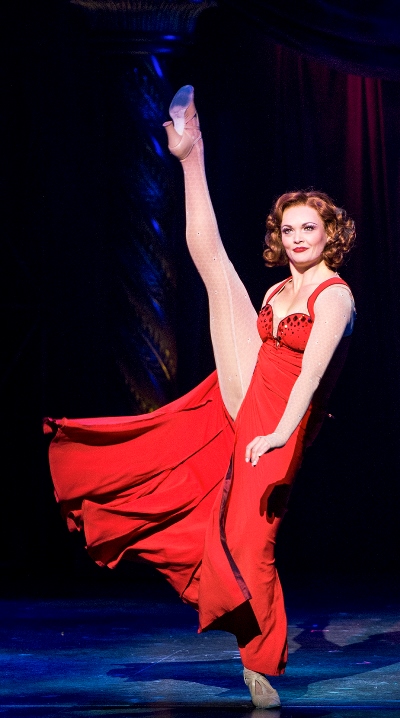 “Pippin” opened on Broadway in 1972 and ran for more than 1,900 performances – only to vanish from the Great White Way until it was revived in 2013 with a new, somewhat darkened ending. That is the version presented on this tour.

Vaguely set at the court of the late eighth century Frankish king Charlemagne, the story follows the exploits of his twentysomething son Pippin as he tries to find his place in the world. He tries a very ordinary life out in the ordinary world and is quickly bored; he discovers women (in an acrobatic episode that pretty much takes this show off the family calendar); he even murders his own father to try his hand at being the king. But overwhelmed by the burdens of kingship, Pippin wishes Charlemagne — called Charles in the musical — back to life, all is forgiven and we move on.

These shenanigans might be labeled zany farce, but I’m more inclined to call it brightly lit, brilliantly costumed vacuous slogging. The story line, I mean. Perhaps in part because Pippin (Sam Lips) as a character offers little beyond benign innocence. He is simply not interesting, though what goes on around him is:  As a circus-with-song-and-dance, “Pippin” is a roaring good time

And that starts with the multi-talented Sasha Allen’s mysterious, sexy, gorgeously voiced turn as the Leading Player (or ring master, if you like), an ominous figure attired in black who nudges Pippin down his meandering path toward self-discovery. 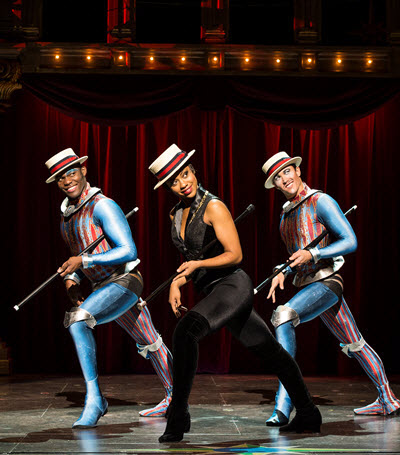 Allen, a young actress with star written all over her, is a sort of agile, elegant Mephistopheles. You can’t take your eyes off her. But in this bizarrely entertaining show, she’s in some terrific company, notably the fabulous dancer Sabrina Harper as Fastrada, stepmother to Pippin and manipulative new wife of the old king. Harper’s high-kicking dance number “Spread a Little Sunshine” brought down the house.

But then so does Adrienne Barbeau as Pippin’s forever young (and beautiful and alluring) grandmother. In perhaps the show’s biggest number, “No Time at All,” Barbeau’s sophisticated dame displays a stunning voice and, well, a good deal more with one of the night’s more remarkable costume changes.

If Pippin’s character doesn’t generate much excitement, his dad’s does. John Rubinstein’s antic king is a delight, a curmudgeonly, willful monarch ready at the drop of a beat to rip off comedic patter in the vein of Gilbert and Sullivan. (Rubinstein starred as the original Pippin on Broadway in 1972.) The king’s reproof to Pippin, who did him in, upon regaining life and throne is basically: “It’s OK, just don’t let it happen again.” 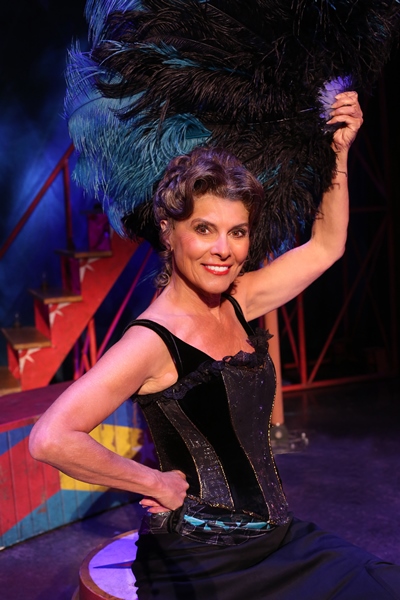 Composer-lyricist Stephen Schwartz’s rock score abounds in good songs, and the acrobatics are jaw-dropping. Loved the two guys who did side-by-side one-hand stands and, clasping each other by their free hands, leaned apart. Don’t try this at home.

The play has a real chance to take on weight and depth when Pippin lands in the care of a young widow (played with exuberant charm by Kristine Reese). But it’s an opportunity missed; indeed, the show grinds ever more slowly toward its bleak terminus. Everything that’s beautiful and magical is jettisoned in a grasp at garish surrealism. The clowns have left the building, and taken the fun with them.