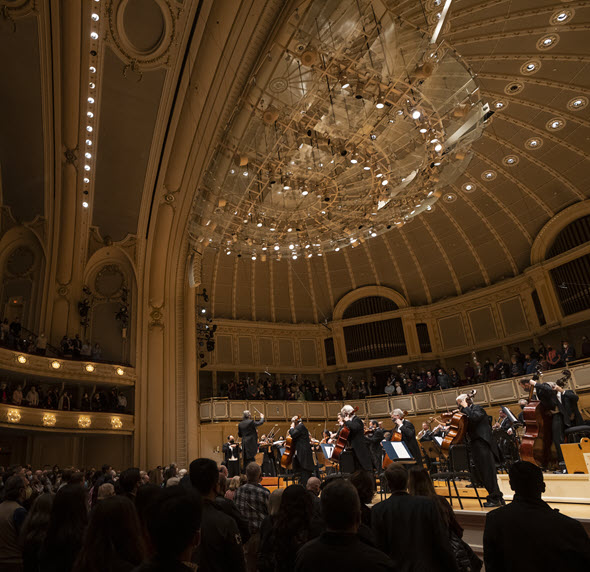 Music lovers in the choir loft above the stage and throughout Orchestra Hall enjoy the first concert music director Riccardo Muti has conducted here in 20 months. (Todd Rosenberg photos),

It was at once bizarre and exhilarating to be back at Orchestra Hall with a masked throng seated elbow-to-elbow. Yet the Chicago Symphony Orchestra’s glistening, soaring, pin-perfect performance of Beethoven’s Symphony No. 3 in E-flat (“Eroica”) with music director Riccardo Muti on Sept. 23 lent the occasion a marvelous normalcy. This is what had been absent from life for more than a year and a half. This familiar musical brilliance and wordless eloquence. This profound spirituality.

The Chicago Symphony was back at last. When Muti walked onto the stage, he got a roaring welcome that might have gone on for who knows how long had he not pointed to percussionist Cynthia Yeh for a National Anthem drumroll. No need for everyone to rise; they were already on their feet. 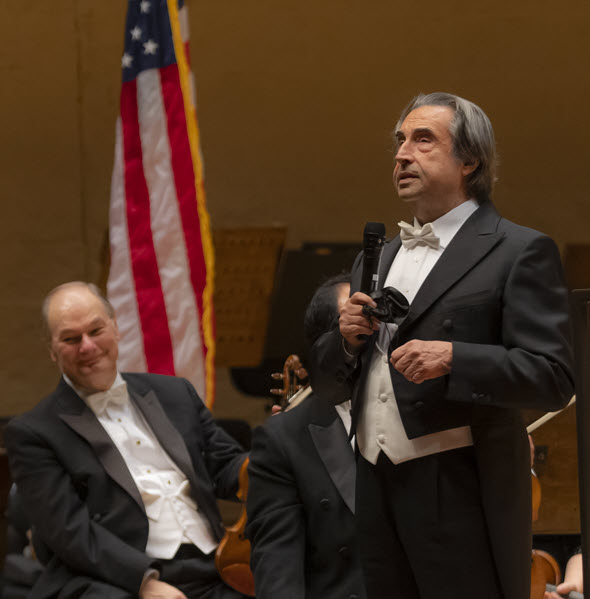 Muti and violinist David Taylor join a stage full of CSO musicians in the general welcome.

Only a few hours before the concert, the orchestra had announced that Muti, absent in the silence of the entire 2020-21 season, had agreed to a one-year extension of his directorship. That additional season, Muti’s 13th at the CSO helm, will take him to June 2023, just shy of his 82nd birthday. The conductor appeared to be quite fit for a man who turned 80 years old in July.  While he expressed great joy in comments to the audience before the concert, Muti struck a sober tone, reminding his listeners of the crucial importance of the arts in nourishing the soul and indeed defining our humanity. 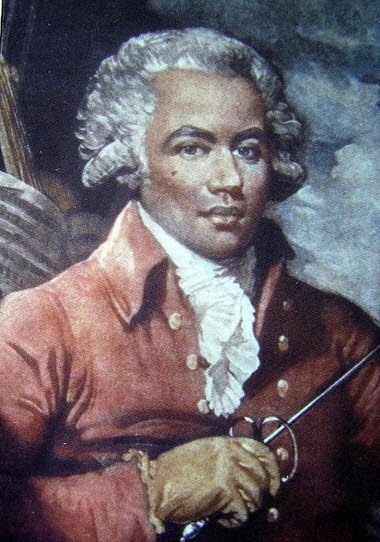 Joseph Bologne, the Chevalier de St. Georges, was a contemporary of Mozart (Wiki)

He dedicated Beethoven’s “Eroica” (or Heroic) to the artists of the world, whose creativity had been smothered by the pandemic. But he didn’t begin this intermission-free, 90-minute concert with the Third Symphony. He prefaced that with Joseph Bologne’s charming and adroitly fashioned Overture to his opera “L’amant anonyme” (The Anonymous Lover) and Florence Price’s Andante moderato, a work of disarming lyric beauty.

The stylish overture by the Black, Guadeloupean-born  French composer Joseph Bologne, Chevalier de Saint-Georges,  perhaps reflects the model of Mozart, who had spent several months in Paris just before “L’amant anonyme” was written. That said, the work’s finesse and wit are distinctive, and its quiescent middle section bespeaks the mastery of a composer with his own clear voice. Muti led a beguiling performance, by turns brisk, vibrant and songful, with luminous playing by the CSO strings.

Price’s Andante moderato for strings, adapted from her String Quartet No. 1 (1929), is yet another example of music by this gifted composer who had two strikes against her as a Black American woman in the first decades of the 20th century. Its ruminative opening evokes the spirit and the texture of Jerome Kern’s “Ol’ Man River” from the 1927 musical “Show Boat.” The shadow of Dvořák, often present in Price’s music, also permeates this folk-tinged piece, in its harmonic schemes and in its buoyant rhythms. Yet it is the work of a confident hand and poetic mind, and the Chicago Symphony strings imbued it with a full measure of opulence and brio. 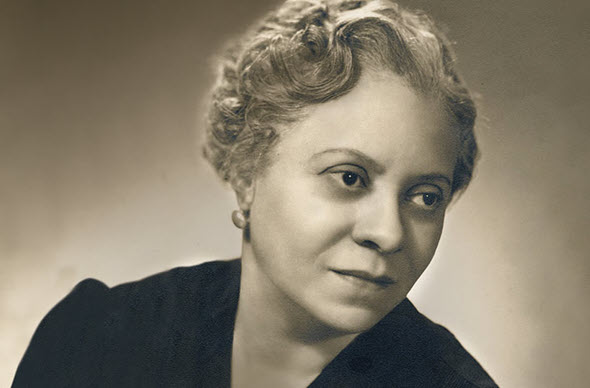 American composer Florence Price was Chicago-based throughmuch of her life (1887-1953).

Then came the monumental “Eroica,” and a performance that set the bar high for whatever may follow this season at Orchestra Hall. In the strings’ finely drawn contours and the precise interplay of woodwinds, in the plangent gleam of French horns and the motoric urgency of double basses, this thrilling account of Beethoven’s Third Symphony utterly belied that time away, the great gap of idleness and the separation of an ensemble from its commander in chief. The Chicago Symphony unfurled grand banners of sound; it proclaimed its return.

Favoring rather quick tempos, Muti imposed no artificial drama on the “Eroica.” From the outset, he allowed the music to speak, to sing its heroic hymns of intellectual rigor and unfathomable tragedy and high humor and dazzling affirmation. In the vast opening movement, Muti presented the stunning panoply of a simple idea elaborated into an exegesis on symphonic creation. The conductor’s alertness to counterpoint, to Beethoven’s closely wrought colloquy of voicing, left one thinking this surely must be the greatest orchestral movement ever written – until Muti took up the ensuing funeral march. 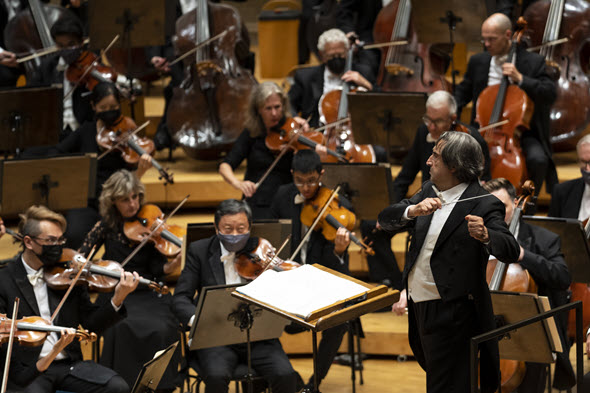 Marcia funebre, indeed. More like a funeral oration. Shakespeare without words, though scarcely less articulate. Again Muti pushed the tempo just enough to avoid melodrama. It was a dread processional, full of dark grief and then, in the grand fugue upon which the movement pivots, bright transfiguration. Here was Muti the master of opera, measuring the tread, the arc, the culmination in near silence. The playing was sure and focused, as ravishing as it was somber.

The scherzo, vivacious and fleeting, gave way to a finale of unbridled brio and deceptive elegance. It was ripping, careening, always surprising and ultimately joyous. The audience responded in a long and lusty tumult that surged until Muti finally smiled and waved good-night. Until the next week – and Beethoven’s Seventh Symphony. 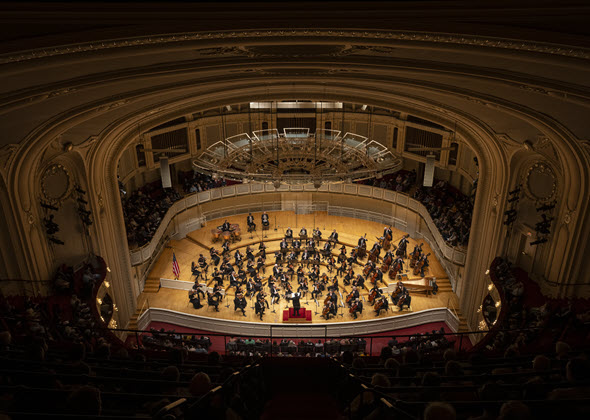 Bird’s eye view: After 20 months, Muti and the CSO together in Orchestra Hall at last.