‘Good Boys and True’ at Raven: The fast track throws some curves into the path of privilege

Review: “Good Boys and True” by Roberto Aguirre-Sacasa, at Raven Theatre through May 3. ★★

One always comes away from a play performance, whether the staged work is new or familiar, with a single dominant impression. It may be a complex impression, but there’s always that ruling aspect, the starting point from which the conversation evolves. In the case of Roberto Aguirre-Sacasa’s “Good Boys and True” at Raven Theater, it is a sense of relentless circularity. 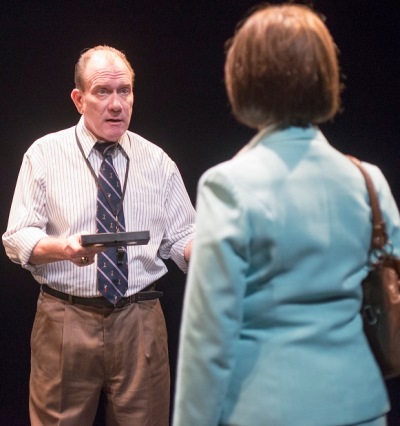 There’s something inherently obvious and unsubtle about this story of a prep school student from a well-to-do family who closely resembles – from the back – the young man in a video tape sexually abusing a clearly visible girl of about his age.

Note that quaint reference to “video tape,” not YouTube. “Good Boys and True” is set in 1988, in a suburb of Washington, D.C. – before such a video could go instantly viral. It’s also a time before homosexuality came out of the cultural closet. Both historical realities have bearing on the play.

The lad in question is Brandon Hardy, a stellar student and captain of the football team. His dad – a doctor, like Brandon’s mother – also attended the school with Brandon’s football coach and physical education instructor. It’s all quite clubby and cultish, privileged and insular. Which means it’s also the Ivy League fast track, and indeed Brandon looks like a lock for admission to Dartmouth College. 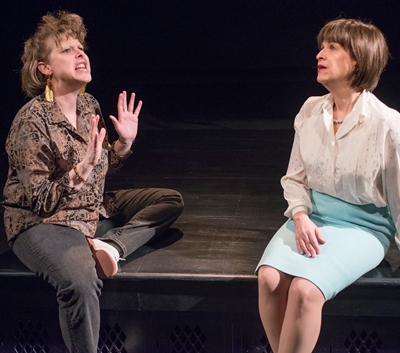 Then this incendiary video surfaces – everywhere. It reaches the coach, who summons Brandon’s mother, an old friend from their high school years. Nobody can positively identify the young man whose back is to the camera, but it sure looks like Brandon. So mom confronts him. And thus beginneth his protestations of innocence. And around and around we go, in a crescendo of rising accusation and ever more shrill denial. Up to a point anyway, when we jump onto a different carousel with the angst between mother and son leaping to a new level, albeit with much the same sense of emotional surge and counter-surge.

Will Kiley gives a persuasive performance as Brandon, whose whole life has been an indoctrination of entitlement. He is smart and serious, an exceptional athlete and a decent person, the very image and ideal of his high-powered parents.

Brandon also has a close bond with classmate Justin Simmons, a youth of vulnerable sensibilities whose father did not attend this posh school. The boys have an undeclared plan to attend Dartmouth together. But Justin (played with expressive range and palpable uneasiness by Derek Herman), who knows he’s an interloper in this blue-blooded culture, can’t quite trust Brandon’s commitment of one-for-both and both-for-one. 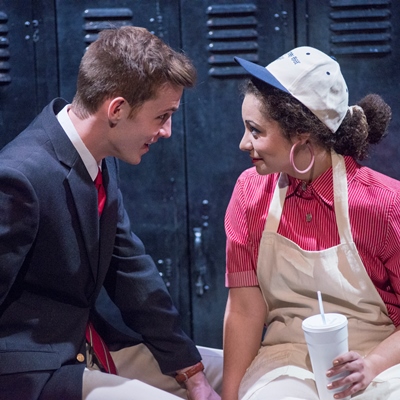 Their locker room scenes, typically edging toward confrontation and charged with Brandon’s dubious reassurances, display some of the play’s sharpest and most effective writing. Also credible are two segments involving the girl in the video, a fast-food worker played with unvarnished honesty by Sophia Menendian: first, a heady encounter with star Brandon, then a disarmingly candid exchange with his mother.

The playwright’s textured, realistic and affecting portrait of Brandon’s mother is brought into vivid focus through the measured, nuanced presence of Maggie Cain.

But Cain’s best moments are not opposite Kiley’s Brandon, where the recurring dialogue tends toward, “Well, is that you in the video?” — with variants thereof — answered by, “No!,” likewise variously embroidered. Much more compelling are Cain’s scenes with the coach, who has his own history (the distressed but resolute Karl Potthoff) and with her sister, a no-nonsense public school teacher (the droll but empathic Kelli Strickland). 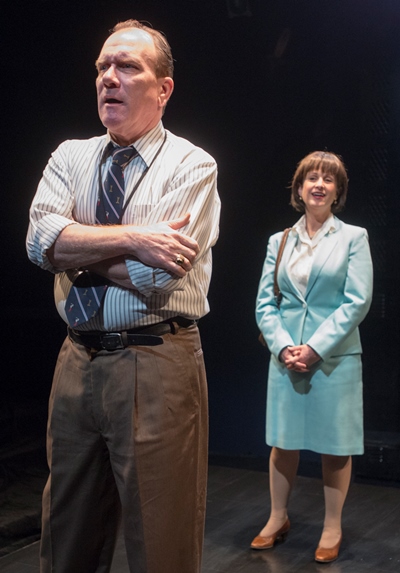 As “Good Boys and True” spins forward, it is Cain’s deepening expression of concern – the guilt, the worry, the unthinkable insight – that commands our interest. Her tormented son may be the nominal focal point, but it is this agonizing parent who has more keenly sparked the playwright’s imagination.

Director Cody Estle parades the actors – grappling with issues of hearsay and conviction and doubt — across and around the raised, barren platform that constitutes the center of designer Jeffrey D. Kmiec’s set. It’s a clarifying device, and it stands in acute contrast to the locker room episodes, complete with lockers and benches, at both ends of that space.

“Good Boys and True” is fraught with issues that underscore the divisions between social classes and the prerogatives that go with wealth. It also casts a cold light on what it means for parents to lavish privilege on their children. But its impact is stifled by redundancy. Even when the subject is sex, a monotonous loop of implication and evasion, no matter how fervent, makes for pretty dull theater.