Role Playing: Shane Kenyon touches charisma and hurt of lovable loser in Steep’s ‘If There Is’

Interview: To an unmoored uncle who could be a distraught girl’s savior, actor brings feisty spirit and prodigious charm in Nick Payne’s “If There Is I Haven’t Found It Yet,” at Steep Theatre through June 7.

Into the life of overweight, lonely, sullen teenager Anna, in Nick Payne’s play “If There Is I Haven’t Found It Yet,” bursts her similarly miserable but emotionally supercharged uncle Terry. He’s an instantly appealing guy who, says actor Shane Kenyon, has invested a lifetime of energy in “running away from growing up and accepting responsibility.” 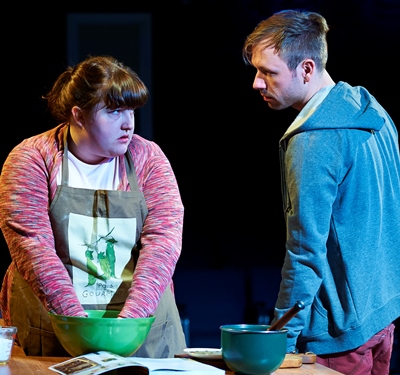 Kenyon’s high-octane, irresistibly earnest portrayal of Terry at Steep Theatre is the kind of performance you remember long after the experience. Terry is a mess, but there’s goodness and compassion in him, and charisma to burn. In this mesmerizing character, Kenyon says he sees something of himself.

“I have my moments when I’m charismatic and charming,” he says, “but I’m also channeling some of my own life in the pain Terry is going through. Jon (director Jonathan Berry) and I agreed we did not want to create a caricature. Terry is wild and funny, and maybe even dangerous, but he’s also a complicated real person.”

This beguiling loser shows up unannounced at the home of his brother George and his wife Fiona, Anna’s parents. Terry never has been good news and he gets a mixed welcome. He has come home in hope of rebuilding the most important of his many burned bridges – the one to his former girlfriend Rachel, the love of his life. 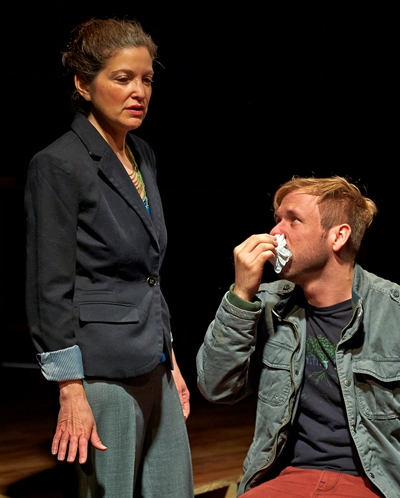 But it’s a fractured household he enters. George (played by Peter Moore), a college professor and valiant crusader on behalf of the despoiled planet, has lost connection with 15-year-old Anna (Caitlin Looney). And he seems to be drifting through marriage with Fiona (Cynthia Marker), a high school teacher more mindful of her students than of her daughter.

Plunging into this scene, Terry tends to call things pretty much as he sees them, his impulsive emotions served by a modest vocabulary heavily laced with the F-word. But this lost soul – Kenyon calls him “a dog without a leash” – is quite clear-eyed about one thing. He immediately grasps what Anna’s parents do not: The girl needs an attentive ear, empathic counsel. She’s desperate for parental love.

Anna, who has begun to notice boys and even has the prospect of a date, quickly connects with receptive, straight-talking Terry. The trick, says Kenyon, was to allow the worldly uncle and the sheltered, self-loathing girl to bond without suggesting that fundamental issue is sexual tension between them. 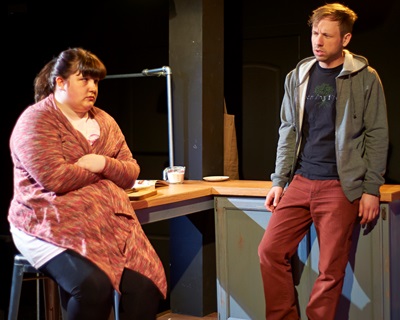 “Terry’s just one of those guys who’s naturally flirtatious,” says Kenyon, “and here’s this unhappy 15-year-old girl suddenly getting attention in overload. Jon (the director) and I talked about the idea of sexual attraction and agreed that’s not the play we’re doing. We felt pretty strongly about that.”

The wayward, ever stumbling uncle becomes Anna’s pal and confidante. But life isn’t that easily solved, and things get worse for both characters before a glimmer of light breaks through.

“The play is so beautifully written and crafted, and nothing is forced, including choosing sides,” says Kenyon. “A great play has no clear hero or villain. We all go through life making mistakes and trying not to. This is Anna’s play, even if the lines get a little blurred. Terry just brings us along.

“I think Terry looks at this family and holds them all in the utmost regard. His brother is not paying attention to Anna, but he’s not a bad guy. George is seriously trying to make sure she has a planet to live on. Jon is also headstrong in his concern about what we’re doing to our planet. Both of these ideas – personal relationships and the environment – are real issues here. 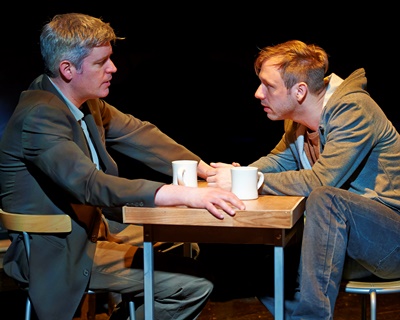 “But still, you can’t ignore what’s happening right in front of you, as George is doing with regard to Anna. One of my favorite scenes is the one between Terry and George, where Terry tries to show his brother that Anna needs him. But it’s just a big communications breakdown. By then, George is going through a divorce and he wants Terry to look after Anna. George says, ‘You’ve become something to her and now you’re running again.’”

In one awkward respect, says Kenyon, the mercurial Terry’s relationship is the same with Anna’s mother and father alike. He blows in and suddenly, to their mixed resentment and relief, has instant access to the heart of their withdrawn daughter:

“Where they encounter walls with Anna, he gets open doors. It’s a very human thing, teenagers shutting down to parents. They’re the last people they want to talk to.” 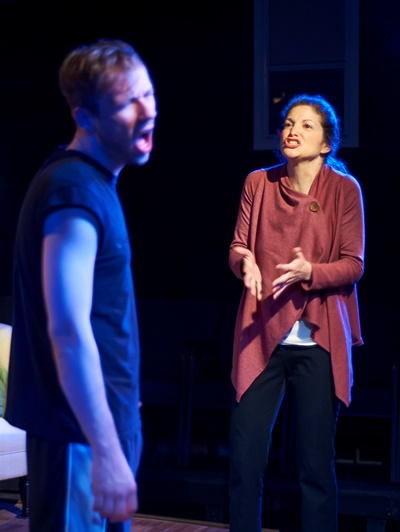 But Terry is not a knight in shining armor, and the tale doesn’t end with happily ever after. There is, however, a hint of possibility for both the troubled girl and this untamed guy.

“Jon and I worked very hard to find Terry’s arc, which is not obvious on the page” says Kenyon. “It starts with a rebirth of hope. He’s been away for a year and half. He’s back because he can’t live without this girl (Rachel, on the other side of that particular burned bridge). But it doesn’t go well, like one miss after another until, by the end of the play, it’s almost like a backward progression. But what he’s gaining is this beautiful relationship with his niece.”

Kenyon found the keys to his absorbing performance in the energy of playwright Nick Payne’s words and the latitude of Berry’s direction.

“I like to be aware of my body, and there’s a physical structure in how Terry talks that makes me start moving,” he says. “But I had to figure out a lot. At the first rehearsal I thought I had a pretty clear idea of what I wanted – and within an hour I realized I was completely wrong. 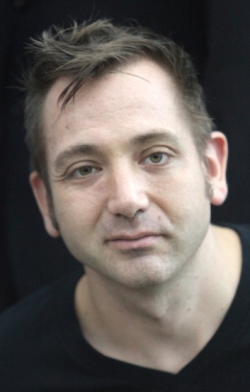 “But Jon knows I’m not afraid to try and completely fail. I respect him so much. He knew I was capable of crafting this guy and living this character. More than anything, he gave me confidence in myself. Jon is so brilliant at dropping little suggestions that can have a huge effect. He’ll say, ‘I feel like Terry might be’ – whatever, and you go with that and it changes your entire outlook on a scene.

“There’s a beautiful part of living that acting connects you with. It’s one of the reasons I got into theater. You get to say and do things you can’t in life. Terry is a cool guy who’s walking a fine line. I love being him. It’s fun to have no responsibilities, and fun to be heartbroken again.”