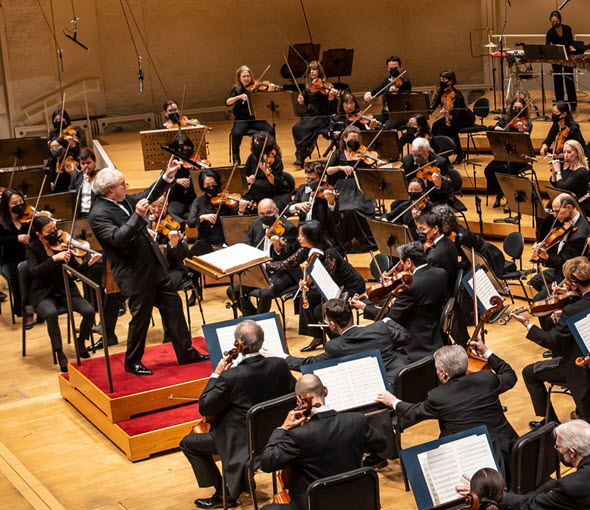 Each time Manfred Honeck returns to the podium at Orchestra Hall, the Chicago Symphony Orchestra’s audience knows it’s about to hear something special. Over the last several seasons, the 63-year-old Austrian, who recently extended his directorship of the Pittsburgh Symphony through 2027, has delivered an unbroken series of great concerts with the CSO. We can now add one more to the list – a consummate thriller, both visceral and spiritual, capped by a reading of Schubert’s “Unfinished” Symphony that lifted the idea of lyric beauty to a new place.

Whether Schubert actually considered the two movements known as his Symphony No. 8 in B minor complete unto themselves, or more likely became sidetracked and simply never got back to the work in progress, can be argued as moot. What is, what we have, stands among the glories of the symphonic repertoire – an emotionally complete experience, songful and profound and dramatically satisfying. Such was the “Unfinished” that Honeck, with a Chicago Symphony at the very peak of its game, summoned on Oct. 28. 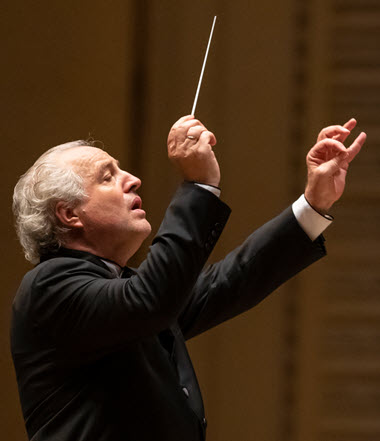 Honeck’s imbued Schubert with the natural breath of song.

From the low strings’ dark, broadly phrased invocation, Honeck shaped an account of Schubert’s music at once ruminative and expansive, grand and shattering. But the performance was not distinguished merely by broad conceptual gestures, rather by the gradients of sound Honeck sought, the nuances of inflection – and the breathtaking precision and eloquence with which the orchestra answered each summons. Here on full, impeccable display was the orchestra that music director Riccardo Muti insists is the only peer of the Vienna Philharmonic. The finesse of the strings’ velvet sound was matched by the woodwinds (primus inter pares principal clarinet Stephen Williamson) and a brass contingent that could shift from radiance to ferocity at a flick of the baton.

Honeck’s indulgent, leisurely tempos in both movements (marked Allegro moderato and Andante con moto, respectively) imbued the whole with an aura of epic poetry. He didn’t stride through the famous principal theme of the opening movement, but rather lent it the natural breath of any other Schubert song. That said, the conductor turned the sudden fortissimos into shock waves, the upheavals of a soul in dreadful conflict. The closing movement unfolded in a long arc of lyric reflection, sparkling and ethereal. Thus framed, Schubert’s psychological portrait, if shadowed and elusive, could scarcely have been more finished.

Worlds away appeared Prokofiev’s demonic Piano Concerto No. 3, an ever-astounding, madcap virtuoso vehicle done fulsome justice on this occasion by pianist Denis Matsuev. The work belongs to the Chicago Symphony’s own history: Prokofiev at age 30 gave the world premiere as pianist with the CSO conducted by Frederick Stock a hundred years ago, on Dec. 16, 1921. The composer must have been one pianistic beast. 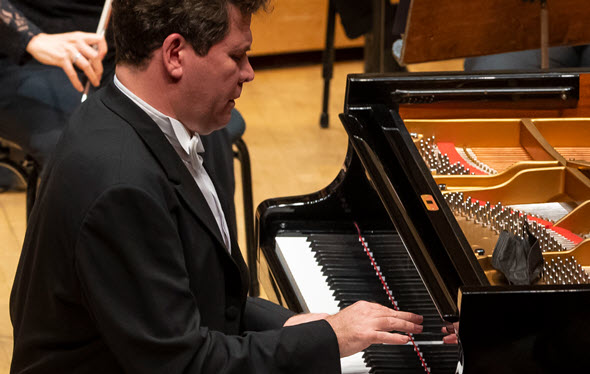 While richly provided with the ironic wit typical of Prokofiev, the Third Piano Concerto is first and foremost a virtuosic screamer – great fun for listeners and pianists alike, certainly for Matsuev, a burly figure who tossed off notes by the storming handfuls with unflappable agility and grace. It was sheer delight, abetted by an alert orchestra that Honeck guided with the exactitude of chamber music. Just really wild chamber music. 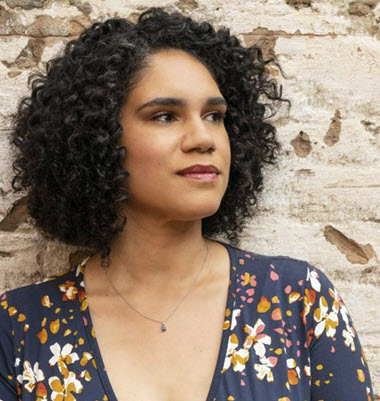 Jessie Montgomery ‘Coincident Dances,’ verging on a concerto for orchestra, were thoroughly infectious.

The concert began with a fetching work by the CSO’s new composer in residence, Jessie Montgomery. Her “Coincident Dances” is a brilliant 12-minute montage “inspired by the sounds found in New York’s various cultures,” she says, “capturing the frenetic energy and multicultural aural palette one hears even in a short walk through a New York City neighborhood.” The vibrantly orchestrated music tumbles together dances ranging from samba and swing to techno and rhythms from Ghana.

Prevalent driving syncopations brought to mind the dance-inflected music of Mexican composers Silvestre Revueltas and Carlos Chavez. Thoroughly infectious, “Coincident Dances” matches and contrasts instrumental groupings – not least percussion – so cleverly that it verges on a concerto for orchestra. Honeck and the CSO gave it a fiery go, the audience roared back its approval and Montgomery was on hand to take a well-deserved bow.