Review: When people talk about high-energy spectacle and romantic intensity in Italian opera, “Il Trovatore” is the classic Exhibit A. An instant hit when it opened in Rome, it’s still a winner. Lyric’s three-way production with the San Francisco Opera and the Met is a concept that remains dynamic and fresh, from the flash and wham of gypsy smithies hammering away at their swords in the extravagant Anvil Chorus, to the tragic love triangle that complicates a civil war unfolding. ★★★★

Review: Tomasz Konieczny is Wozzeck, the low-ranking soldier who sinks into madness as he is subjected to scientific experiments, betrayed in love and persistently harrassed. As envisioned by director David McVicar and conductor Andrew Davis, the 1925 opera is as deeply unsettling visually as it is musically rich. Berg’s account of Wozzeck’s grotesque travails has a way of suddenly panning wide, as if to embrace us all in our human dissonance and complexity.★★★★

Preview: He could be talking about Puccini’s “La boheme” or Verdi’s “La traviata” or Bizet’s “Carmen,” but when Anthony Freud, general director of the Lyric Opera of Chicago, says, “I would encourage anyone who has never experienced opera to give it a try,” he’s referring to none of the above. Freud means Alban Berg’s harrowing Expressionist music-drama “Wozzeck.” 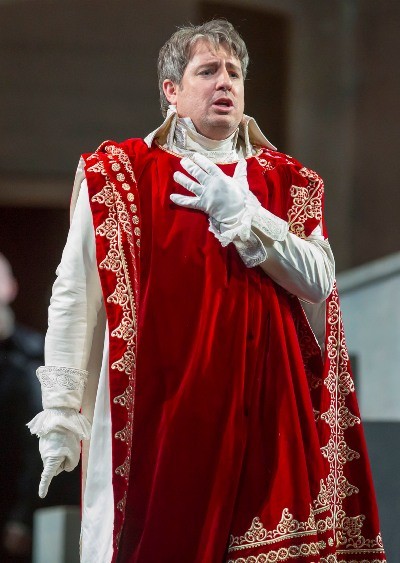 Review: The musical legacy of Antonín Dvořák has always held favor with the public and esteem among musicians. Until recently, however, few this side of Prague would have mentioned Dvorak’s opera “Rusalka” with his most important works, much less listed it with the greatest achievements in the operatic canon. But the Lyric Opera’s first-ever production of “Rusalka,” a musical fairy tale of consummate beauty and profound humanity, dictates acknowledgement of this opera in the first rank of music-dramas. ★★★★★