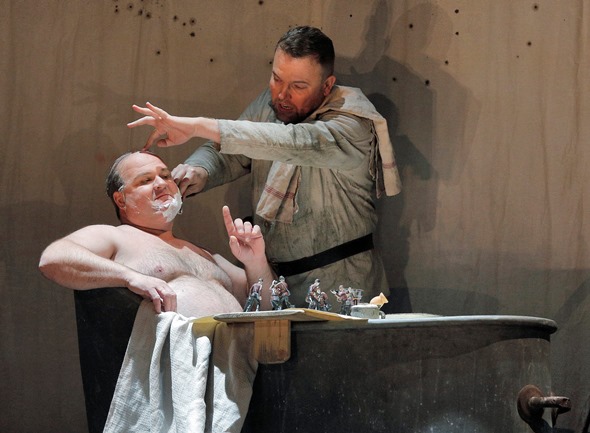 Preview: The modern masterpiece about a poor, abused soldier finds Andrew Davis and David McVicar coming to grips with it for the first time in a new production at Lyric Opera of Chicago. From Nov. 1-16.

He could be talking about Puccini’s “La boheme” or Verdi’s “La traviata” or Bizet’s “Carmen,” but when Anthony Freud, general director of the Lyric Opera of Chicago, says, “I would encourage anyone who has never experienced opera to give it a try,” he’s referring to none of the above. 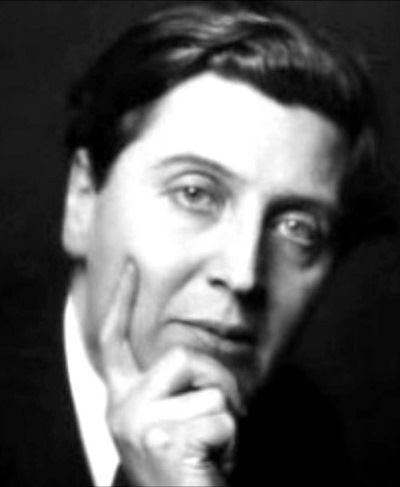 And his remarkable proposition gets eager endorsements from stage director David McVicar and Lyric music director Andrew Davis, two distinguished opera veterans who are collaborating on the company’s new production of “Wozzeck.”

Freud calls Berg’s early 20th-century opera, based on Georg Büchner’s play about a poor German soldier whose sorry lot in life ends in tragedy, “one of the great masterpieces of the operatic repertoire, and I don’t mean just the 20th century. It’s a work that deserves to be revisited regularly.”

The Lyric’s “Wozzeck” is the only new production of a Berg opera in the U.S. this year, though the Metropolitan Opera will present Berg’s only other opera, “Lulu,” within days of Lyric’s venture, opening Nov. 5.

“Wozzeck,” which occupied Berg from 1914 through the chaos and horror of World War I until the opera’s ultimate premiere in 1925, takes the raw intensity of Italian verismo to the extremity of madness. Its protagonist (sung by bass-baritone Tomasz Konieczny in his Lyric debut) is the furthest thing from a hero, a downtrodden soldier who bolsters his meager provisions for his consort Marie (soprano Angela Denoke in her Lyric debut) and their child by submitting to a doctor’s experiments to gauge physical and psychological reaction to poor diet. 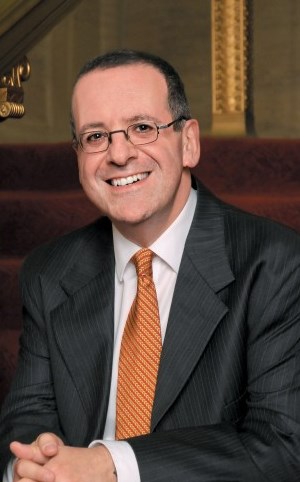 To earn a bit more, he shaves his captain, who heaps abuse on him and, like the doctor, taunts him for living in sin with Marie and having an illegitimate child. Meanwhile, Marie is smitten by a handsome, strutting drum major – which drives the jealous, confused Wozzeck to a series of desperate acts.

Enormously popular in war-weathered Europe during Berg’s lifetime, “Wozzeck” has never relinquished its place on the fringe of the standard repertoire in either Europe or the U.S. All the more surprising, then, that this Lyric production marks the first pass at the opera for both McVicar and Davis, together again after memorable Lyric collaborations on Dvořák’s “Rusalka” last year and Strauss’ “Elektra” in 2012.

McVicar sees some kinship between the wretched, despairing Elektra and the tormented figure in Berg’s opera – and in the austere musical profiles of the two works.

“Where Strauss came right to the edge of that Expressionist precipice,” says McVicar, “Berg took the next step (into atonality). But Berg had such sound dramatic instincts that the music sounds at every moment exactly right.”
Davis, who has conducted every large-form work of Berg’s with the single exception of “Wozzeck,” lights up when he describes this essentially atonal opera’s structural power, its lyric elegance and concision. 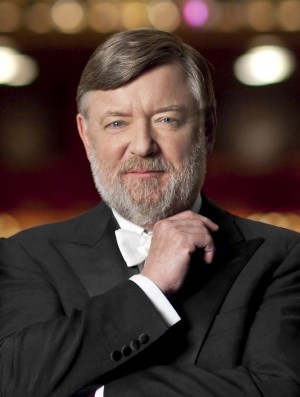 “Berg said it should be sung like bel canto, and the orchestral writing is quite colorful – but also rhythmically complicated and sometimes just battering,” says the conductor. “It’s a tremendously moving experience, from which you emerge thoroughly wrung out. We come to care a great deal about Wozzeck. I suppose part of the fascination is that there haven’t been too many operas written about nobodies.”

Oddly enough, this compelling opera about a nobody is fashioned in the most rigorous
musical terms. Each of its 15 continuous scenes, running about 100 minutes, is built on a classical form: rondo, invention, passacaglia. The whole of Act 2 is a symphony in five movements. But all that, Davis says, was merely Berg’s structural framework, dramatically functional but entirely transparent:

“Berg never intended the public to be aware of the opera’s inner workings. All these details simply help us musicians put it together. The viewer should just take the end result.”

And that is a musically gripping, dramatically wrenching portrait of the human condition at its most vulnerable, repugnant, bereft and sad. 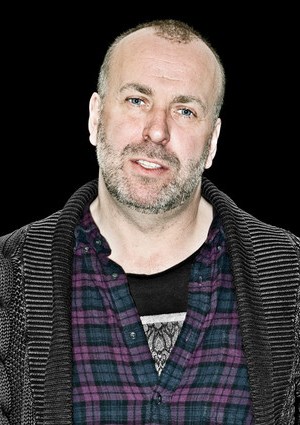 “Berg was moved by what he read in Büchner’s play – this story of a man who suffers terribly but who cannot express himself,” says McVicar. “He is surrounded by bizarre, twisted characters – a doctor who exploits him in cruel experiments, a captain who is an unfeeling buffoon.

“And Marie also suffers in all this. She is trapped by circumstance, chained to Wozzeck’s child and desperate for the means to keep going. The absence of money is their absolute trap. That is a great theme of ‘Wozzeck.’ Marie submits to the drum major, who has enough extra money to buy her a pair of earrings. But he is nothing more than a peasant stuffed into a uniform. He’s an animal, made of far baser stuff than Wozzeck.”

Asked what approach he might take to this, his first go-round with Berg’s opera, McVicar replied with some perturbation:

“I’m not imposing any viewpoint on the work. I suppose it’s old-fashioned that an opera director might actually try to represent the source of the work, the composer. I’m looking only to show what was in Berg’s mind.”