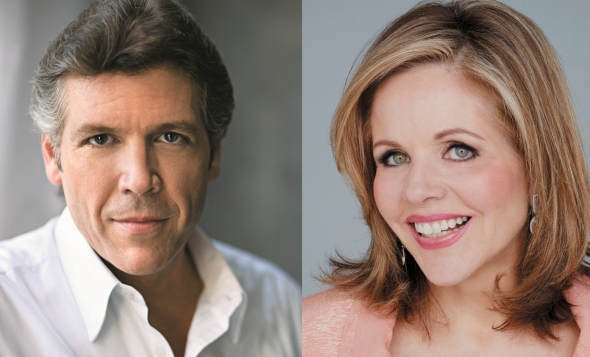 Report: The Lyric Opera’s 2015-16 season will include a raft of romantic favorites, plus Berg’s harrowing psychological drama “Wozzeck” and the world premiere of Jimmy López’s “Bel Canto,” inspired by the best-selling novel, about a careening hostage crisis.

You know that Valentine’s Day is just around the corner when the romantic couplings planned for the Lyric Opera’s 2015-16 season are the stuff of headlines. The game of love becomes a delicious frenzy of ploys and counter-ploys when huge sums of money and a very attractive widow are at stake: Soprano Renée Fleming will be playing her “Merry Widow” title role to the hilt with baritone Thomas Hampson beginning Nov. 14 and into the holiday season.

The upcoming Lyric Opera season, announced Feb. 9 by general director Anthony Freud and music director Andrew Davis, will also focus on the tribulations of several other legendary couples: Romeo and his Juliet, the stepsister Cinderella and her prince, the crafty servants Figaro and Susanna, a lonely Marschallin and her young lover — even a Welsh schoolteacher and a king in Siam. 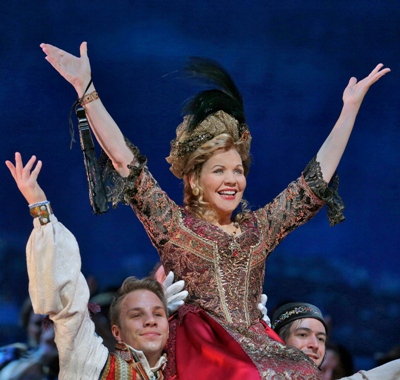 But for star power the “The Merry Widow” will be hard to beat. Fleming and Hampson are to be paired for the first time in this Metropolitan Opera production when it comes to Chicago.  It was conceived for the Met by director-choreographer Susan Stroman of Broadway fame (“The Producers”), and it opened in New York this past New Year’s Eve, starring Fleming with Nathan Gunn. The Paris entanglements of the wealthy widow Hanna Glawari and her would-be lovers amount to “a very elegant piece – and silly!” according to Davis. He was the maestro for the Met’s “Merry Widow” shenanigans and will be on hand to reprise them in Chicago.

The 1905 Viennese operetta by Franz Lehár  (“Die Lustige Witwe” in the original German) is awash in ravishing music and intrigue. Its Chicago run will feature Fleming doing most of the performances (Nov. 14-Dec. 3), with Elizabeth Futral finishing it off Dec. 9-14. (Last season, Futral played another affluent widow at the Lyric — the Baroness Elsa Schrader, Maria’s rival — in the “The Sound of Music.” This time around, Futral will get the guy.) 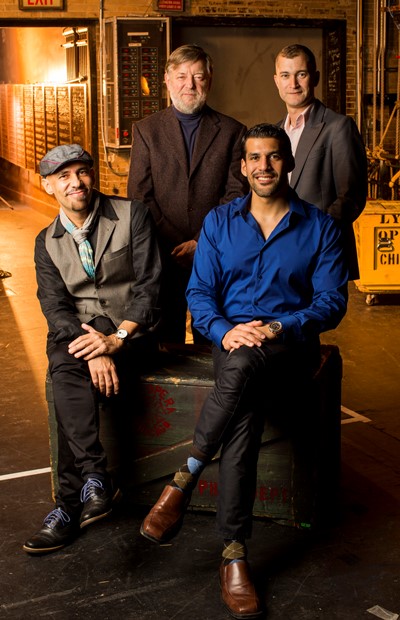 Fleming’s role as Lyric’s “creative consultant” may continue: The beloved soprano’s special relationship with the Lyric began in 2010, ensuring her onstage presence and also lending her personal star power to the nurturing of young talent and the curating of new work. Freud announced that he and Fleming were already discussing the possible continuation of her consultancy after the current contract ends this season.

Davis underscored the working nature of Fleming’s consultancy as far from nominal, adding that she has been enthusiastically hands-on in the development of a forthcoming new opera called “Bel Canto,” by the young composer-librettist team of Jimmy López and Nilo Cruz.

It’s a hostage crisis story based on a popular Ann Patchett novel about an American diva (played by Danielle de Niese) embroiled in a prolonged captive situation. “Bel Canto” will receive its world premiere on Dec. 7.

Other 2015-16 highlights: Planning repertoire “is a big jigsaw puzzle, essentially,” according to Freud, who explained the coming lineup with Davis just hours before the maestro was to conduct his first “Tannhäuser” ever — a long night with an early 6 p.m. curtain. But both seemed happy to stay and talk about the intricacies of their upcoming projects. Lyric subscriptions for the new season are available now; single tickets go on sale July 1. 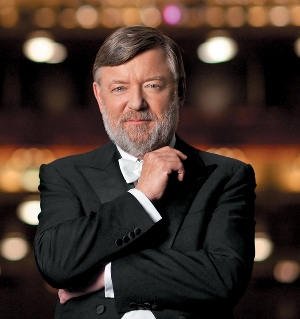 Davis conducts “Wozzeck,” Berg’s 20th-century masterpiece, at last: The Austrian composer Alban Berg was stunned when he saw the dramatic tragedy “Woyzeck” by the German playwright Georg Büchner in 1914, and he began working on an opera adaptation that would occupy him for nearly a decade. The story of a poverty-stricken soldier who is driven to madness in a brutal regimen of mockery, abuse and betrayal, it is a masterpiece of emotional depth and psychological insight. Davis said it is the only work by Berg needing a conductor that he has yet to undertake, and that he was thrilled at the prospect. The new production will be conceived by Scottish director David McVicar, who is a Lyric regular. Appearing in the title role will be the Polish bass-baritone Tomasz Konieczny, whose repertoire ranges across major Wagner and Strauss roles such as Alberich, Wotan, the Dutchman and Jochanaan. With Wozzeck, he makes his Lyric debut. 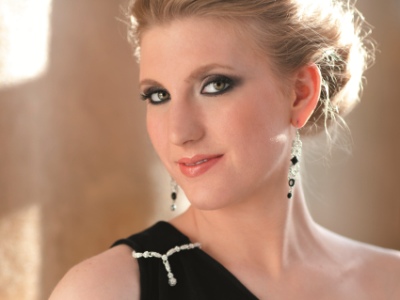 Soprano Amanda Majeski, alum of Ryan Center, ascends to Countess, Marschallin: Freud and Davis underscored their commitment to casting young artists from their Ryan Center training program when they think the time is right. They have taken the unusual step of assigning soprano Amanda Majeski to two important roles of a quite similar nature in the same season — aristocratic wives whose marriages have cooled, but who are passionately adored by younger men. “Both the Countess (in Mozart’s ‘The Marriage of Figaro’) and the Marschallin (in Strauss’ ‘Der Rosenkavalier’) are ideal roles for her,” said Davis. “She has the voice and the dramatic awareness.” Freud pointed out that her international career is underway. (Majeski sang the Countess in Dresden in 2012 and at Glyndebourne in 2013 and was understudying the same role at the Met in 2014 when the lead Countess withdrew and Majeski took over. In May, she is scheduled to make her role debut as the Marschallin with Oper Frankfurt.) 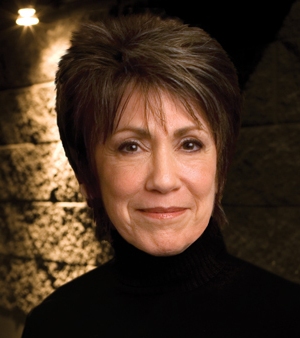 Ties to Chicago’s theater scene strengthened with CST directorial invite: The 2014-15 Lyric season opened with Mozart’s philandering “Don Giovanni” updated to the ’20s in a new production by Goodman Theatre artistic director Robert Falls. For 2015-16, the Mozart is “Marriage of Figaro,” and it’s Chicago Shakespeare Theater artistic director Barbara Gaines who will work her sleight of hand. “The world she’ll create is reminiscent of her CST production of ‘A School for Lies’ — a whimsical 18th-century world,” Freud stated.  “She is the perfect director for ‘Figaro.’ She has the lightness of touch and sense of fun.” Is this the beginning of a very particular Chicago-style Mozart cycle? Freud, smiling, proved non-committal, but it seems like a great idea, with enough first class material by W.A.M. to interest other local theater directors. Freud said he doesn’t need numbers to back up his strong impression that there is already considerable cross-pollination happening between the city’s opera and theatrical audiences. Opera’s demographics are changing in any case, in Freud’s view: “And as the demographics are changing, so must our assumptions.” 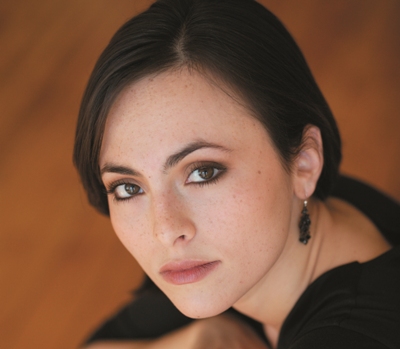 Isabel Leonard, Tatiana Serjan and Susanna Philips return: The comedic heroine of Rossini’s “Barber of Seville” in 2014 is scheduled to come back as Angelina (a.k.a. Rossini’s Cinderella) in a production that Freud helped create in former days at the Houston Grand Opera and the Welsh National Opera. Mezzo-soprano Isabel Leonard will play Angelina, and her best friends will be dancing rats. This season’s tragic heroine Tosca, played by Tatiana Serjan, is to return as Abigaille, the power-obsessed daughter of the Babylonian king Nebuchadnezzar, in Verdi’s “Nabucco,” starring Serbian baritone Željko Lučić in a modern-dress production. Susanna Phillips, a Ryan alum who is a favorite at the Met, will return as Gounod’s Juliette, in a Bartlett Sher production from Salzburg and La Scala that Freud praised for a “beautiful, lavish, period” feel appropriate to the romantic French opera. 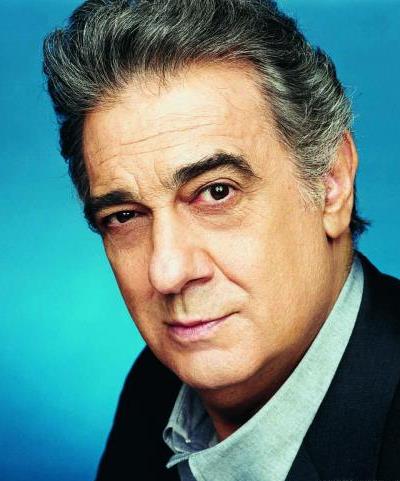 Special concerts and recitals by Plácido Domingo and Dmitri Hvorostovsky:The Lyric typically offers subscribers a first crack at one-night-only events. On Jan. 9, 2016, tenor Plácido Domingo will return to the Lyric stage in a concert with soprano Ana María Martínez, with the Lyric orchestra conducted by Davis. Russian baritone Dmitri Hvorostovsky will offer the more intimate format of a recital with pianist Ivari Ilja on Feb. 26, 2016.

Onward with the musical theater season:“The King and I,” opening April 29, 2016, after the opera season ends, will be the fourth in a series of five Rodgers and Hammerstein productions that the Lyric Opera has secured the rights to. The cycle began with “Oklahoma” in 2013, followed by “The Sound of Music” in 2014, and continues with “Carousel” this season. “South Pacific,” the fifth in the series, is due in 2017. Freud said the Lyric sold 71,000 tickets to “The Sound of Music,” including 58 percent to people who had never been to the opera house before, numbers he finds compelling. While many current musicals are not suited to the Lyric’s huge stage, Freud contends that the some musicals do indeed belong in the opera house as part of the art form’s natural evolution, especially shows from the golden age of the ’40s and ’50s, when the singers were classical trained and the orchestras were large. Once inside the beautiful Civic Opera House, he suggests, those newcomers might even want to give opera a try. 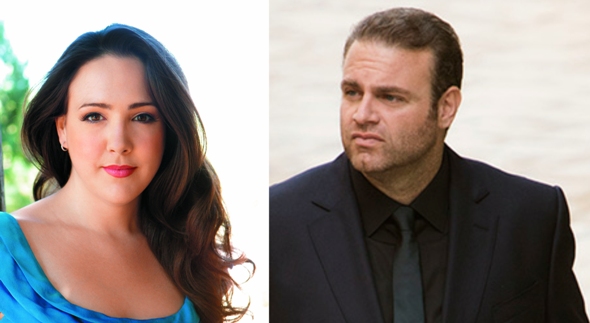