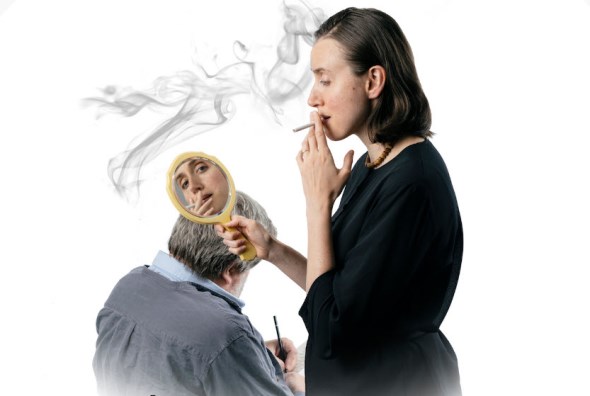 Fifth in a series of season previews: Bizarre affair between a Jewish political theorist and Nazi sympathizer Heidegger will cap the year.

It’s easy to pick five shows for a season, says Shattered Globe Theatre artistic director Sandy Shinner. But settling on just three plays, which is a full plate for this plucky little company: That, says Shinner, is tricky. 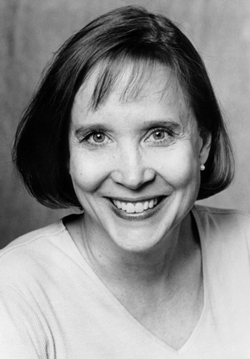 “As you approach the planning of a season, there’s so much you want to do,” she says. “First of all, you want to create opportunities for the members of your ensemble, including the younger members. That’s the fabulous thing about having an ensemble – we get to watch them rise to challenges and mature as artists.”

The trio of plays in view at Shattered Globe this season bears a collective stamp of philosophical discourse in dramatic form, notably with an adaptation of Dostoyevsky’s “Crime and Punishment” and Kate Fodor’s “Hannah and Martin,” which explores the bizarre liaison between the Jewish political thinker Hannah Arendt and the celebrated philosopher Martin Heidegger, who endorsed the Nazi movement in Germany.

Philosophy on a domestic level illuminates the season’s third play, Will Eno’s “The Realistic Jones,” about two neighboring couples who grapple with that thing so formidably obstructed by language: communication.

“(Director) Lou Contey loves this play and has wanted to do it for a long time,” says Shinner. “It’s one of the first psychological novels, but also deeply political in a way that ties it reasonably to the circumstances of our own time: the only interest in the morality of action is the result it produces. But it isn’t entirely dark. While you may not think of ‘Crime and Punishment’ as funny, there’s humor in it.”

“‘The Realistic Joneses’ is perhaps the most realistic of Will Eno’s plays,” says Shinner. “It’s a heartbreak of a comedy, very moving and filled with extraordinary language that’s incredibly precise. It feels like people just sitting around in the backyard on a summer’s night, and the small talk that morphs into beautiful big ideas about life. It’s also about how we keep trying to communicate and how it doesn’t always work.”

“As Heidegger’s student, Hannah’s brilliance catches his eye, but she eventually must deal with the shocking realization that he is lending his support to the Nazi cause,” says Shinner. “She can’t grasp how Heidegger, knowing that she is Jewish, could sympathize with a philosophy rooted in anti-Semitism. The structure of the play has Hannah moving back and forth in time, between her student days and the stunning revelations of the Nuremberg trials after the war.”