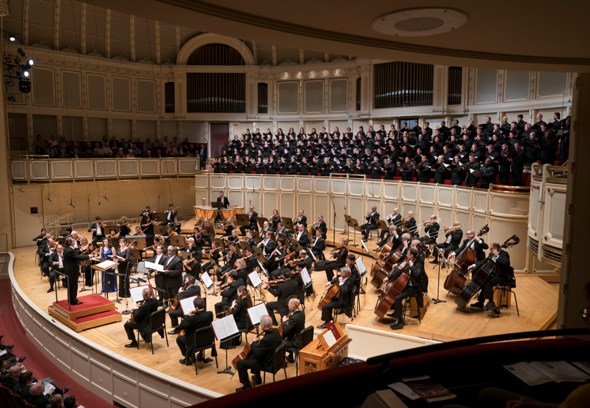 If there was a moment during the choral-orchestral grand finale that summed up the singular achievement of the Chicago Symphony Orchestra and Chorus under the long-term influence of music director Riccardo Muti, it came near the end of Rossini’s “Stabat Mater,” a profoundly beautiful setting of the beloved Catholic hymn to Mary, which pulls the listeners into the mother’s grief at the foot of the cross and offers transcendence.

I heard this season-ending program of works by Mozart, Cherubini and Rossini at the second performance, on June 22, during a week filled with singing across Chicago by ensembles that had been fine-tuned for the national gathering of the Chorus America Conference. The entire CSO concert was beautifully wrought, and that moment which particularly lingered in my ear had been set up by Rossini with utmost care.

It comes after episodes for the full chorus and for four soloists in various combinations, all describing Mary’s experience at the cross: her weeping, her witness of the death, the need to share her pain. Then comes the moment, a succinct, three-line prayer within the prayer – “Quando corpus morietur” – which translates fully into “When my body dies, let me live in Paradise, too.” It’s so very human and humble that the listener might not notice how treacherous it is to sing.

Rossini specifies that the “Quando corpus morietur” is for voices alone – the orchestra goes temporarily silent – and it’s often done by the four soloists, one each on a part. But Muti gave it to the entire Chicago Symphony Chorus, which imbued it with a powerful emotion that filled the hall, the sound itself so soft it barely hung on a thread. 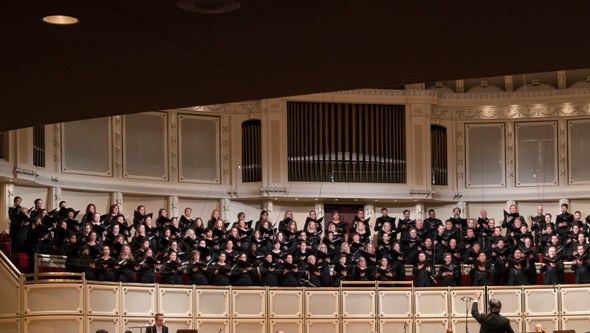 One cannot overstate the importance of this ensemble of singers, prepared for Muti by chorus director Duain Wolfe. Its contribution to the evening’s success has not been surpassed in my own memory. And under Muti’s baton, the orchestra has mastered that Italianate dramatic art of making the sacred seem quintessentially personal. 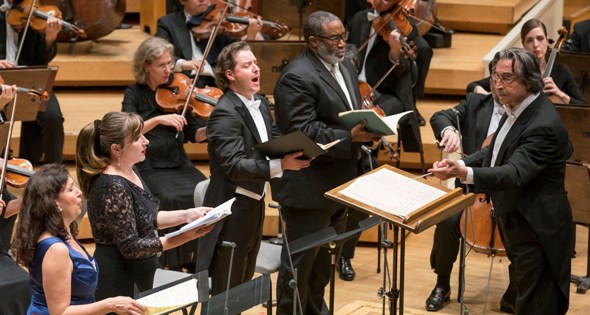 Stoyanova nailed the colossal sense of devastation in her huge aria, “Inflammatus,” which evokes the all-consuming fire of the Day of Judgment. Her intelligence is fierce and her expressive range enormous. A gentler internal realm, pristine in sadness, came with her duet “Quis est homo” (Who would not weep?) with another mighty singer, Gubanova, who displayed, among other strengths throughout, her capacity for sublimely sustained lines. Korchak’s fervent “Cujus animam” was tight with anguish, a good fit for his high-lying voice. Owens’ “Pro peccati,” which describes the moment of Jesus’ death, crested with an almost golden baritone color. 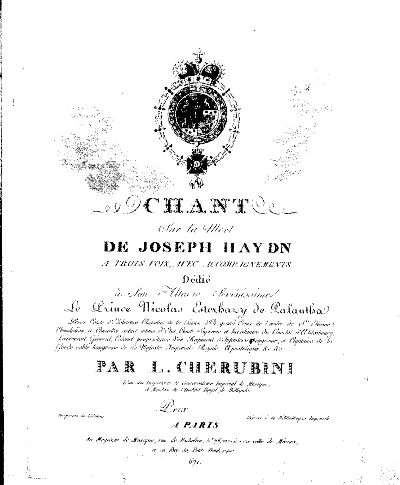 The concert contained two other choral gems: a single Mozart “Kyrie” movement in D minor that may have been written toward the end of his life, and Cherubini’s “Song on the Death of Joseph Haydn,” which turns out to have been falsely inspired by a rumor out of London in 1805. The mistake greatly amused Haydn himself, who was alive and quite well and sitting at home near Vienna when he learned of his apparent death.

Cherubini’s lament, which was eloquently performed by the Chicagoans, did eventually serve its true purpose as a memorial tribute when Haydn died in 1809. Its effect made me want to find more of these all-but-unknown dramatic works that bear Cherubini’s name. Curious that the music of this esteemed and prolific Italian composer, who lived and worked mostly in Paris until his death in 1842, has been so long in dry dock. 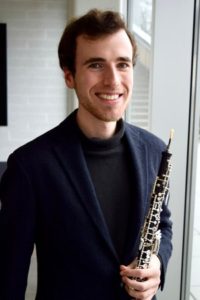 As the season closes, Muti and the CSO are tying up a variety of loose ends. The music director has hired William Welter, a 24-year-old graduate of the Curtis Institute of Music, as principal oboe to succeed Alex Klein, who suffered from focal dystonia. Esteban Batallán, guest principal trumpet from the Granada City Orchestra in Spain, sat in for the season’s final two weeks, but no player for that vacant principal position has been named to succeed Christopher Martin, who went to the New York Philharmonic. Principal oboe and principal trumpet are the two positions that are the most frequently spotlighted in the orchestra, after concertmaster Robert Chen.

Meanwhile, the next Mead composer-in-residence has been appointed – the talented 37-year-old American composer Missy Mazzoli (more about her here).

That’s it for downtown CSO concerts until Sept. 20, when the 2018-19 season revs up with Muti leading a free performance at Millennium Park. The new season will include a collaboration with the Joffrey Ballet to music of Stravinsky next May 30-June 1; three Muti-led performances of Verdi’s “Aida” June 21-25, when Stoyanova returns to sing the title role; and interesting novelties such as new works for piccolo and bass trombone premiered respectively by the CSO’s Jennifer Gunn (March 13-15) and Charles Vernon (June 13-15).