Minnesota Orchestra is fleet, crisp, complete in ear-opening visit to Chicago with Vänskä 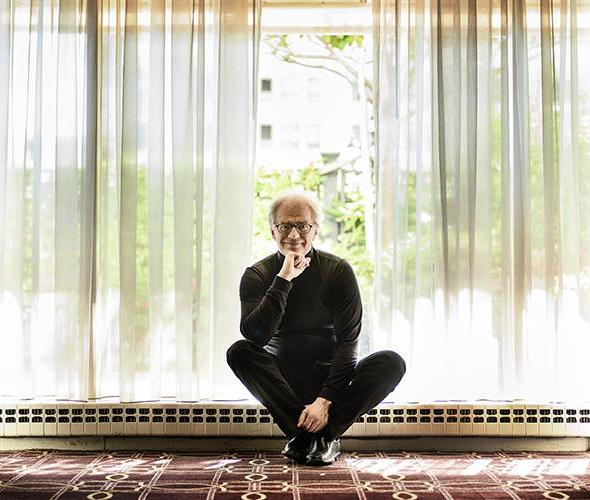 If ever a conductor deserved a Chicago spotlight with his own orchestra in tow, it is Osmo Vänskä. The Finnish maestro has been the go-to guy for the Chicago Symphony Orchestra on more than one urgent occasion in recent history. In 2012 he pinch-hit under extreme circumstances, while his own Minnesota Orchestra was in the midst of a work stoppage, assuming leadership of all-Brahms program in Chicago when Bernard Haitink took ill. At least Vänskä got his full quota of rehearsals then. 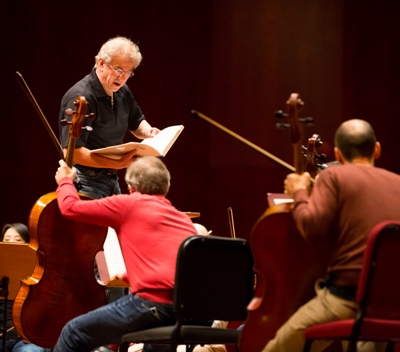 Only months later, on even shorter notice, Vänskä was presented with the greater challenge — to fly to Taiwan and meet up with the Chicago Symphony at the onset of an Asia tour that was to have been led by music director Riccardo Muti, who was facing emergency surgery in Italy. On that tour was programmed the equivalent of Shakespeare’s “Hamlet” — Beethoven’s “Eroica” Symphony — and it in turn had been prepared by Edo de Waart back in Chicago, also standing in for Muti. To complicate matters further, the solo violinist’s plane arrived late for rehearsal, and this chaos came after a first concert of entirely different music, valiantly accomplished under Vänskä’s baton at light speed on pure adrenalin the night before.

With the Minnesota Orchestra in Orchestra Hall, at the tail end of their own Midwest tour, Vänskä and his thoroughly prepared band projected a more serene mindset entirely.

The music of Sibelius is often conveyed as if it’s Tchaikovsky with a Finnish accent, but these players have recorded the complete Sibelius cycle with Vänskä (BIS label) and they are fluent in the native language itself. Their performance of Sibelius’ tone poem “En Saga” began with an almost primitive sounding low E in which bassoon, horn and bass seemed to whisper across snowbound reaches, and that was followed by authoritative textures of dark burnish and startling strangeness. It was altogether a thrillingly severe sound world, yet vibrant, with many surprises – glinting colors like a flash of sun on ice, mysterious near-silences, weirdly percussive whispers that scratched at existence, and guileless modal tunes that lingered in memory after the concert’s end.

Vänskä does have a penchant for fleetness, but also an affinity for capacious broadening out, and so does Israeli pianist Inon Barnatan, 39, the concert’s crowd-winning soloist in Tchaikovsky’s First Piano Concerto. If Barnatan drove so wildly through some of the cadenza work that he risked cornering on two wheels, he and Vänskä seemed to be genuinely having fun with the push and pull of it, at ease with dazzling speed that was generally made to sound quite effortlessness, even light, rich in detail, with intriguing turns of phrase. This is a pianist who relishes challenges; in February, Barnatan will do all five Beethoven concertos in a pair of concerts with the Columbus Symphony.

Vänskä and the Minnesotans ended their concert with another bit of Sibelius, a beguiling waltz called “Dance-Intermezzo” (from Op. 45), but I suspect that most people walked out of this concert thinking about the greater achievement of its second half — Beethoven’s Symphony No. 7.

Beethoven’s titanic showpiece underscored to me why, in a city like Chicago, it is nevertheless invaluable to be able to hear these other orchestras. Under Muti, the Chicago Symphony has attained a luxurious elegance, lyricism and theatrical profundity that is without equal today. Yet it is also clear that Vänskä and the Minnesotans are tremendously exciting on their own terms, inhabiting a quite different sound world with their own distinctive palette of colors, and a propensity for fleetness propelled by staccato attacks and lively silences. This is a speed where virtuosity frolics. I would have happily stayed to hear the concert again.

It is worth pointing out that the Minnesota Orchestra came to Chicago with its principal wind and brass players all in place, and solid section choirs to show for it. Imagine. With significant empty chairs, and further aging in its current ranks, the question of the Chicago Symphony’s openings gains urgency. While there is plenty of individual talent to rotate into these positions on a weekly basis, as the CSO does not shirk to draw upon a national pool, getting by with an unending game of musical chairs is simply not the best the Chicago Symphony Orchestra can be.