My first reaction to the sublime Elysium Fields scene in “Orphée et Eurydice,” as conceived by John Neumeier for the Lyric Opera of Chicago, was that I was actually looking at Gluck’s music — that I was “seeing” the sound, so perfectly twinned were the diaphanous movements of the dancers to the serene music representing spirits in afterlife.

My second reaction was that Neumeier knows his Freud. 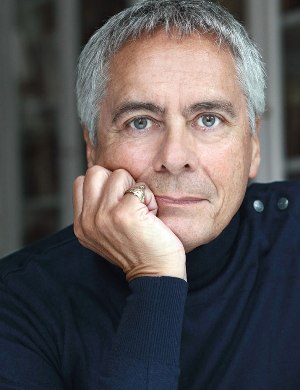 Neumeier is a director-choreographer with plenty of insight and practical know-how who has crafted a brilliant contemporary scheme for this 1774 Paris version of Gluck’s opera, which draws from ancient myth. The story goes that Apollo’s son Orfeo was born with musical powers so great he could charm the gods into letting him rescue his wife from the dead. But when Orfeo fails to heed the gods’ exhortation to refrain from gazing upon her until after they have returned, she is lost for good.

Gluck’s French version of the story has a happy ending in line with the preferences of his day, but Neumeier takes a very savvy tack that allows some darkness back in. Lyric’s Orphée is a single-minded modern choreographer trying to rehearse his new ballet, “The Isle of the Dead” — note the significance of this title — and his wife is the self-absorbed star.

Nearly four dozen dancers of Chicago’s Joffrey Ballet, in their first, very promising collaboration with the Lyric, provide instant credibility to this backstage story. We can see there’s a lot at stake for Orphée (Dmitry Korchak), and that Eurydice (Andriana Chuchman) is insulted by his distracted demands. Eurydice hauls off and belts him, drives away in a huff and crashes into an abrupt end that neatly sets the rest of the tale in motion. 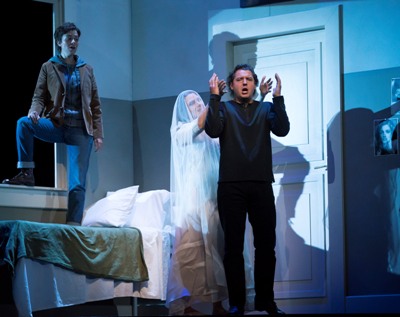 Orphée’s guilt-ridden response will indeed involve charming the gods. But this is a modern marriage. Neumeier has invented a final resolution that breaks new ground, and it is haunting.

In so doing, Neumeier has accomplished a rescue operation of another sort: Gluck’s opera is a musical miracle, but it can seem to fit the need of today’s big opera houses like a square peg in a round hole, and not only because the title male role was originally written for a castrato, later changed to a very high tenor, the likes of which are also rare.

Other operatic conventions of Gluck’s day have fallen out of custom, too. “Orphée et Eurydice” features only three solo singers (the third is Orphée’s divine helpmate Amour). When they do sing, it’s largely by themselves. There are splendid choruses, but they come by way of commentary, and a great deal of the opera’s length is given to ballet dances which are not drivers of the plot particularly. The typical opportunities for spectacle that one thinks of — in the triumphal scenes of Verdi, for example — are allocated to the dancers. And although ballet was central to the business plan of the Paris Opera, the role of dance is secondary at many opera companies today. 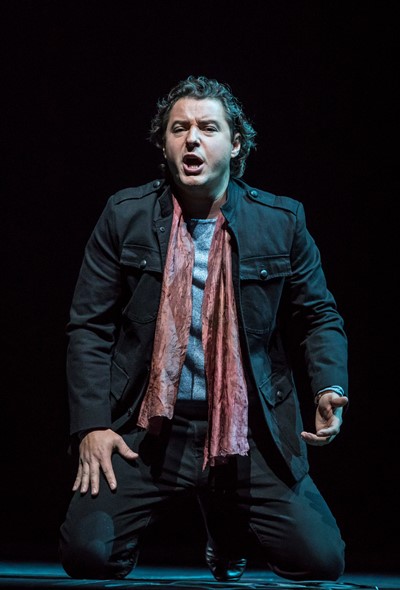 If the challenge faced by the Lyric was considerable, the company’s artistic solution was nothing short of ideal. The Lyric’s orchestra was led by Harry Bicket in a performance of unforced, stylish elegance that was any singer’s dream, and Russian tenor Dmitry Korchak, a superlative musician, was a knockout as Orphée. With a specific emotional intensity that put him always in the moment, Korchak sang the words of this ancient tale set to French poetry as if he were spontaneously thinking those tormented thoughts.

Neumeier was born in Milwaukee but for more than four decades has been based in Europe. He is director and chief choreographer of the Hamburg ballet and also the ballet director of the Hamburg State Opera. There is a fat catalog of his full-length ballets on iconic sagas, including the plays of Chekhov, Tennessee Williams and Shakespeare, in addition to more abstract works. (Neumeier’s “Othello,” set to eclectic music, and a ballet to Mahler’s Third Symphony were both given at the Harris Theater in 2016.)

Since Neumeier directed and choreographed this show — and also designed the sets, lighting and costumes — there’s hardly anyone else to blame for its enormous success, except, of course, for Lyric’s forward-thinking general director Anthony Freud, who got Neumeier involved.

Neumeier extended the characters of Orphée and Eurydice in the dancing forms of Temur Suluashvili and Victoria Jaiani, so that the couple’s tragic plight remained a heartbreaking centerpiece of the storyline even when no one was singing. Their transfixing portrayals — in combination with the many individual roles for members of the ballet corps as Orphée’s backstage dance troupe, or as mythological spirits, furies and shadows — eliminated any sense of the dance as something separate from the opera. It was all one.

Clever Amour, too, was treated to the Neumeier touch. Soprano Lauren Snouffer, dressed in jeans for this role, became the indispensable right hand to Orphée the choreographer, hovering adoringly, and with a touch of Puck-like spunk. Meanwhile, the concept of Eurydice as a dancer-wife in Orphée’s show created an interesting additional challenge for soprano Andriana Chuchman, who is of slender physique and managed the physical demands with aplomb.

When we encounter her again in Elysium, dragged forward by Orphée with the same fierce determination that irritated his wife in the mortal realm, we can see where Eurydice’s story is headed. Although Chuchman’s delivery of the words sometimes seemed generalized, as if the role were new, she and Orphée together made for a nicely screwed-up couple of Neumeier’s invention.

See “Orphée et Eurydice” now if you can, but for the record, the production was co-commissioned by the Lyric in coordination with the Los Angeles Opera and the Staatsoper Hamburg, Neumeier’s longtime home, and it seems destined for a long life: James Conlon will conduct the Los Angeles staging with different singers; Hamburg will also take it up in 2018-19, details yet to be announced. As for Korchak, the remarkable tenor is booked to return to sing Rossini’s “Stabat Mater” with the Chicago Symphony Orchestra in June.