This is going to sound mad, but for Lyric star scary-difficult role of Donizetti’s Lucia is easy 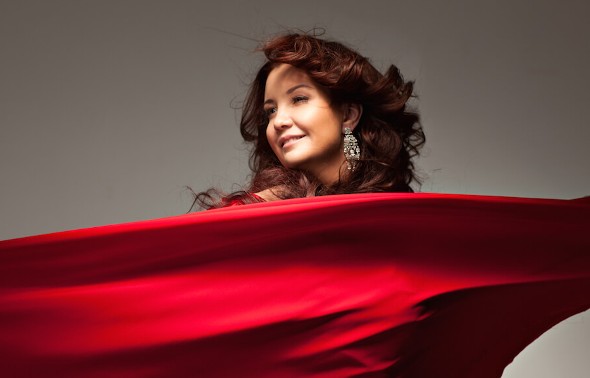 One of the great dramatic coloratura sopranos of our day will go mad for the last time at Lyric Opera of Chicago on Nov. 6. But it’s impossible to believe that Russian singer Albina Shagimuratova won’t be back. The bond she forged with Lyric Opera general director Anthony Freud a decade ago is strong. 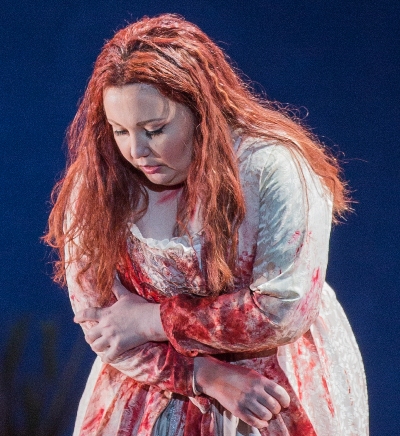 Blessed with a huge voice and pinpoint facility, Shagimuratova (pronounced Shagi-mur-AH-tova) is at the top of her game and in demand at the world’s major houses for killer roles such as Donizetti’s Lucia di Lammermoor, which she now sings onstage at the Lyric, and Mozart’s Queen of the Night, which has been a big success for her at the Metropolitan Opera.

But when Shagimuratova first sang for Anthony Freud, she was in her mid-twenties, a fresh graduate of the Moscow State Conservatory who spoke no English, and he was just getting started in a new job as general director at the Houston Grand Opera. It was 2006.

“I remember meeting Anthony very clearly,” Shagimuratova recalled on a recent mid-afternoon telephone call from her Windy City apartment. She was resting on a day off between performances of the tragic bel canto heroine Lucia, an innocent girl, brutally betrayed in love, who goes mad in one of opera’s most famous virtuoso fits. 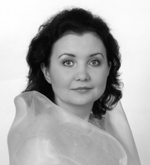 She was auditioning for the Houston Grand Opera, she said, ticking off the numbers she sang with so much promise on that day. Shagimuratova’s deep speaking voice belies the stratospheric D’s, E-flats and F’s above high C with which she riddles the air routinely. “I sang both Queen of the Night arias, and Lucia’s first aria, and then I sang a Russian aria, and he offered me immediately to become a member of the Houston Grand Opera studio for young artists.”

The soprano spent the next two years in Houston, and she credits those years with the crucial leg up she needed. “Anthony became my opera father. Without him, and without Diane Zola, the director of the studio, I very probably would not make any career.”

She arrived alone without parents or friends to help: “I needed everything. I didn’t know how to find an apartment, how to shop in the grocery store. All these things were difficult, and there I was in Houston without a car or driver’s license, in a city where you cannot get anywhere without driving.

“Anthony helped me to get settled and found some Russian people who could help me. I had translators for seven months while I was learning English, and then music coaches and (artistic director) Patrick Summers — who is a great, great musician — to work with me. Anthony also gave me a lot of opportunities to sing auditions for managers and agents and casting directors when I was a member of the opera studio. It’s very difficult to build a career alone and to achieve something. You must have always people around you who you can trust. We never had this kind of guidance at the Moscow State Conservatory.”

Freud’s ear for talent — and his instinct for timing — led him to book Shagimuratova’s Lucia into the Lyric rotation now. There is no Verdi at the Lyric this season; but the dream cast for this Donizetti made it a compelling preference. (Tenor Piotr Beczała plays Lucia’s love interest and baritone Quinn Kelsey is her betrayer – all in fine form.)

Singers’ voices are always changing as they grow into and out of roles. Shagimuratova is a mother now. “After pregnancy my voice became fuller in the middle range, and I’m very happy that didn’t lose my high top. But I’m beginning to sing different repertory now.” 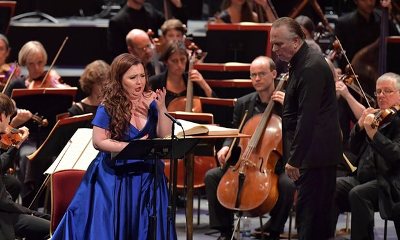 Last spring Shagimuratova sang Kostanze in Mozart’s “Abduction from the Seraglio” at the Met with James Levine and in September she sang the formidably difficult title role in Rossini’s “Semiramide” at the BBC Proms. “After these two most difficult parts, Lucia actually became much easier,” she said. “I am absolutely honest. I have done so many Queen of the Nights and Lucias – Lucia has become a signature role for me – that I don’t even think about the technique any more. I know the mad scene is a highlight and that it is a big challenge for many singers. But each singer is different. This role is now easy for me. I enjoy it so much.”

At the climax of the famous mad scene there is a famous cadenza between the soprano and flute, but Donizetti originally wrote the instrumental part for a true rarity today – the glass harmonica. The impact is sci-fi spooky. Shagimuratova tried it that way in Los Angeles in 2014, with James Conlon conducting, and the effect – which you can sample here – was downright unsettling. She loved it. “But of course (Conlon) had to invite from France a special musician who could play the instrument, so it was quite a big project. But the sound of this instrument is very close to the insanity that is going on with Lucia in her mind.” 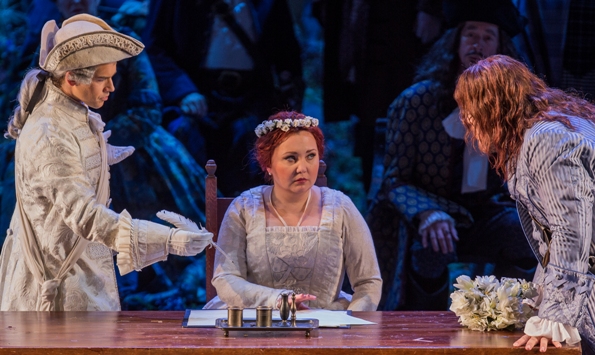 The production at the Chicago Lyric is by English director Graham Vick. It’s very old, but reliable, and he came in to work with her on it before peeling off to helm his new production of “The Rise and Fall of the City of Mahagonny” in Copenhagen. She liked his approach, which emphasized, as she put it — “truthful madness so that people can believe what is happening.

“We had ten hours a day with him, and we were very busy, because it was just for a few days. Graham encouraged me to go ahead and be Lucia — not Albina Shagimuratova playing Lucia — but to be Lucia.” She said it is the approach she prefers, and that she could tell the audience was hanging on to every word at a recent matinee. “People were crying at the cadenza with the flute. I could feel it. It was as if nobody was breathing it was so quiet.”

Shagimuratova will be with Vick for another of his vintage productions at Royal Opera Covent Garden in June 2017 — Mozart’s “Mitridate, re di Ponto,” written when the composer was 14. Vick first presented it in 1991 but it is rarely done. “No singers do this opera,” Shagimuratova said. “It’s very difficult, but we have a really good cast.” Michael Spyres will take the countertenor part of Mitridate; Shagimuratove plays his promised wife, Aspasia, in her role debut. “It’s much more difficult than Queen of the Night, with very high coloratura, four complete arias, and two of them with lots of D, E-flat and E and lots of very fast, brilliant passages, flying up and down through the passaggio.

“This is why I say for me Queen of the Night is nothing. It’s like having a smoke.”

Soon Shagimuratova will be finished with Queen of the Night, she says. However, plenty of madness lies in roles ahead that she is keen to perform. Bellini’s “La sonnambula” and “Norma,” Rossini’s “Semiramide,” the three Tudor queens of Donizetti are among those on her wish list. Doubtless one of these will bring her back to Chicago soon. 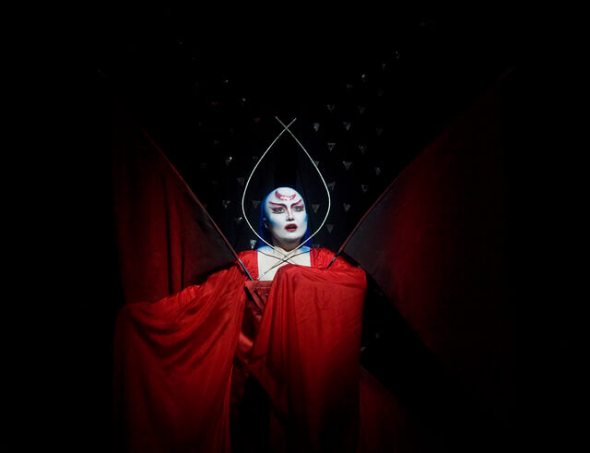