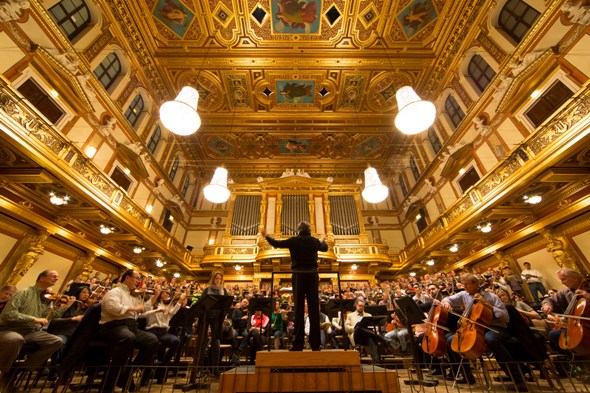 Report: In conversation during a week of concerts at the Musikverein with the Chicago Symphony Orchestra, music director Riccardo Muti at 73 says he’s ready for a little time to relax and enjoy life.

VIENNA – When Riccardo Muti says that the Chicago Symphony Orchestra is one of the greatest orchestras in the world – as he has done in Chicago, and as he did here before 300 adoring guests in an intimate recital space at the famed Musikverein – the Viennese simply take it in stride.

Out of politeness and affection alone they would give him that. 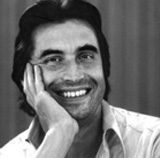 This is Muti, who broke through to international fame on the back of this city and nearby Salzburg more than four decades ago. He has been a favorite in the Austrian musical capital ever since. It is not necessary for Muti to say “in addition to the Vienna Philharmonic” when he speaks of the Chicago Symphony as one of the world’s preeminent ensembles. That is a given in this so-called City of Music, where Mozart, Schubert, Beethoven, Brahms and Bruckner flow as blood in the veins.

Curiosity about how Muti’s Chicago orchestra is sounding played its role in the impressive parade of people dropping by for the CSO’s weeklong Musikverein residency, capping a five-country European tour.

So did knowledge that the biggest music directorship in Vienna is suddenly open. 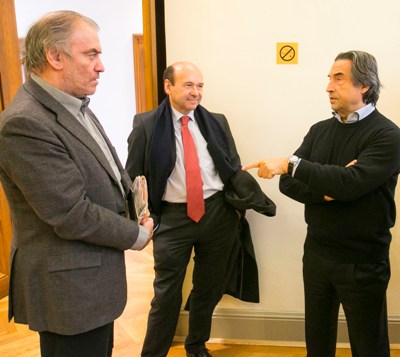 Among those at the first rehearsal were Dominique Meyer, artistic director of the Vienna State Opera. The Vienna Philharmonic has a close relationship with the Opera and draws its musicians from the Opera’s ranks. Meyer’s differences with music director Franz Welser-Möst led to the latter’s recent resignation. Meanwhile, Muti departed the Rome Opera, leading to excited speculation, in newspapers and on national television, that a Muti-to-Vienna countermove was possible.

But it is a truth universally acknowledged, in Vienna at least, that a Muti in possession of only one major directorship must be in need of another. 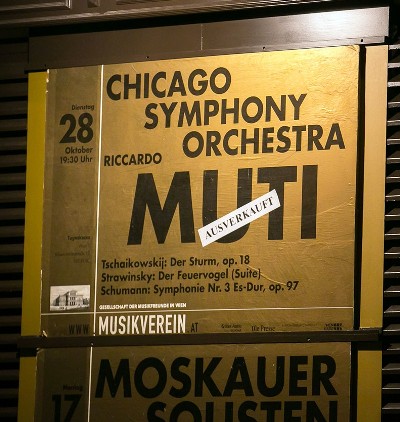 “No, no no,” Muti firmly insisted  in an interview, waving his hands to reinforce that vow.

Although Muti allowed that he and Meyer would talk after the CSO’s final concert, the Italian maestro made it clear that he intended to protect his own hard-won serenity. “I will have only Chicago and the Cherubini,” he said, referring to the Italian youth orchestra that convenes for several weeks each summer during the Ravenna Festival. “I want to enjoy life a little bit!”

At 73, Muti looks fit and moves with an easy grace. But managing an international life takes its toll on anyone. It even taxed Muti as a younger man. “When I was in Philadelphia, I had the Philadelphia Orchestra and La Scala (Milan’s opera) together for six of those years,” he said. (He became Philadelphia’s music director in 1980 at 39, and was principal guest in the decade before that.) “That’s the reason I left Philadelphia in 1992. I was not happy to leave, because it was a wonderful relationship. But I had to, finally, because La Scala was new and I wanted to devote more time to Italian theater. 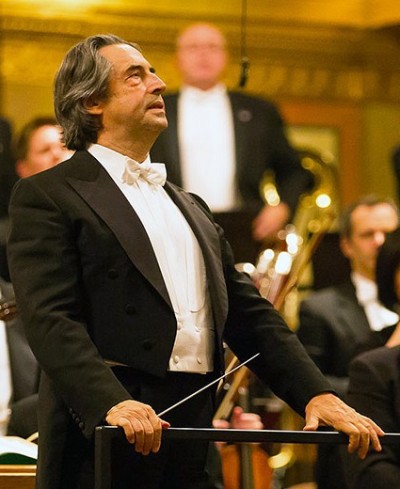 “To take another position as music director of an opera house means that your life is finished. You have to deal with problems with singers, the chorus, the theater in another part of the world.

“No. Only Chicago. Maybe I will give a little bit more time to Chicago, and I would like to have more time for me also. I know very well the world, but what kind of world do I know? Hotels, concert halls. That is not enough. I would like to see, as I did a few times, an elephant, a tiger, a lion — a snake! — but not in a zoo.

“Life is only once, at least as far as we know.”

To Vienna, Muti and the Chicago Symphony brought Giuseppe Verdi’s Requiem for two performances, on All Saints Day (Nov. 1) and the next day following.  As Austria’s leading daily, Die Presse, related, Muti has been associated with the Verdi Requiem in Vienna since 1975, when at the age of 34 he was chosen to lead from the conductor’s box at the Vienna State Opera, where Verdi himself had conducted the Requiem exactly 100 years before.

The Chicago Symphony Orchestra musicians rose to the Verdi much as they had in Chicago a year ago. The cello section’s prayerful musing at the opening of the Offertorium was a thing of lyric beauty; the brass erupted with terrific fanfares in the Tuba mirum, the solo bassoon and solo oboe added pointed and plaintive colorations to the Quid sum miser and Ingemisco, and the strings sounded luxurious, with fine detail throughout. 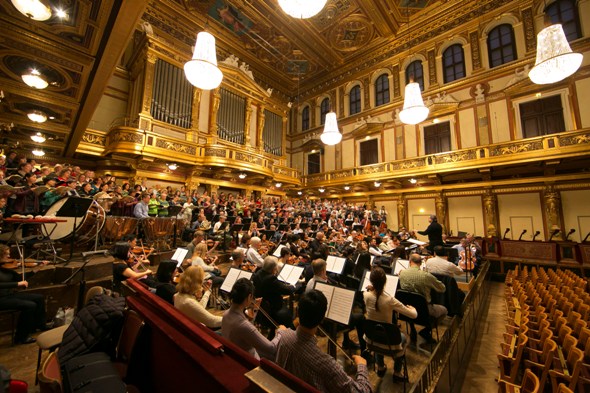 How all the performers actually managed to pack themselves into the tight quarters at the front of the concert hall, surrounded as they were by the Musikverein’s superb concert choir, on risers three and four deep, I cannot say. If you need someone to maximize every square inch of a 400-square-foot studio in New York City, consult one of these stage managers. 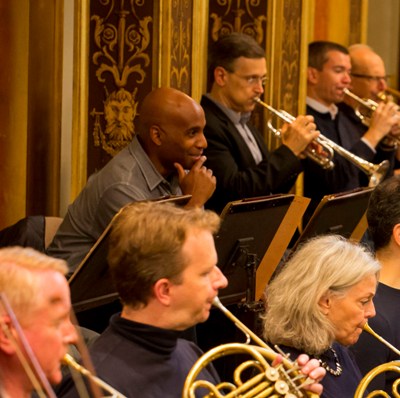 Still, playing inside that acoustical space must feel like a rare privilege. There is not so much air to move as there is in a really big hall, so the sound comes easily, activated by even the most delicate effort. And there’s a combination of clarity and lingering resonance that is seductive. Muti let the orchestra play for a while uninterrupted during the first rehearsal; you could hear the musicians adjust to each other, reveling in the elegance.

At the first of two Requiem rehearsals, the soprano was the Russian Tatiana Serjan. Tasked with the work’s most important solo role, the soprano must convey the human terror and urgency, the faith and the doubt. Serjan had enjoyed enormous success with her Requiem performances in Chicago, and she delivered a powerful Lady Macbeth with Muti the same season. 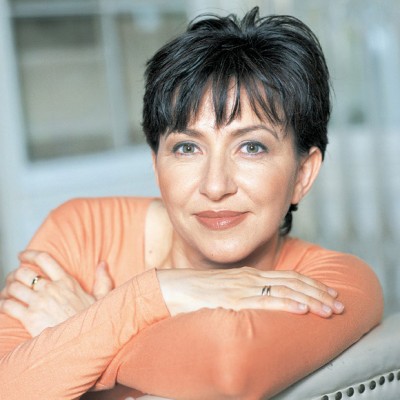 But the maestro, ever attuned to singers, said he realized Serjan was having some trouble in rehearsal and might not be able to perform at her best. So he plucked another soprano, Krassimira Stoyanova, from the opera house next door, even though she had sung Mimi in Puccini’s “La bohème,” another huge role, the previous night.

Tours generally throw a few such curves. The tension was palpable, but Muti exuded calm. “The problem was to see whether, singing ‘Bohème’ the night before, Stoyanova could be ready for the general rehearsal even without singing, and then sing two Requiems in a row,” he said. “But Stoyanova is one of the best sopranos available, and she had done the Requiem with me many times in the past. She is a fantastic, strong artist, and she loves me, and she was immediately ready to step in, so it was not as if somebody was coming from another world.”

Indeed, at the rehearsal, Stoyanova merrily switched roles with Muti at one point – pretending to conduct him as he sang her part to conserve her voice. Ekaterina Gubanova, an equally superb singer in the mezzo realm, burst into laughter. But at the concert that night it was all seriousness. Stoyanova and Muti were eye to eye. It seemed as if she was literally singing into his hands. 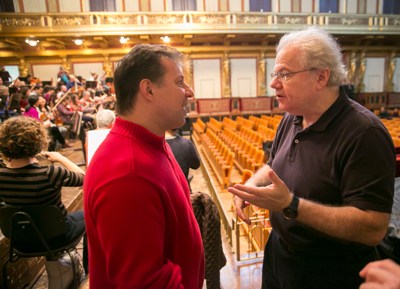 Among the celebrities stopping by during the week were the president of Austria, dignitaries from the Salzburg Festival, pianists Emanuel Ax and Rudolf Buchbinder, and fellow conductors Valery Gergiev and Daniel Barenboim, the former CSO music director who was conducting the Vienna Philharmonic during the same week.

Muti was pleased to learn that a number of the CSO members took advantage of an opportunity to catch Barenboim’s Vienna Philharmonic concert in its own city, playing Schubert, a composer that reveals that orchestra at its quintessential best.  “If you want to play Schubert well,” Muti said, “you need to know the atmosphere in Vienna, especially during the night, to know the literature, to breathe what is Vienna. It’s not just the notes you see in the score. Culture is translated in phrasing, timbre, all that makes the sound that expresses what you know about a composer, the spirit beyond forte and piano (loud and soft).”

A CSO return to Vienna has been determined, Muti said: “Already there is a date in two years.” He’ll be back sooner, of course.  In the spring he will ready two different programs of Haydn, Schubert and Brahms with the Vienna Philharmonic for concerts here and a subsequent tour to St. Petersburg and Moscow. Indeed, awareness of his name, and his likeness, seems to permeate many layers of city life.

“Riccardo Muti! Number One! He is a very nice man,” said the proprietor of the small Italian restaurant Santissimo on Riemergasse, a few blocks off the Ringstrasse, on an evening before the Chicago Symphony arrived. Then he turned his face to the left, so that his profile would be evident, and said proudly, “He looks like me!”