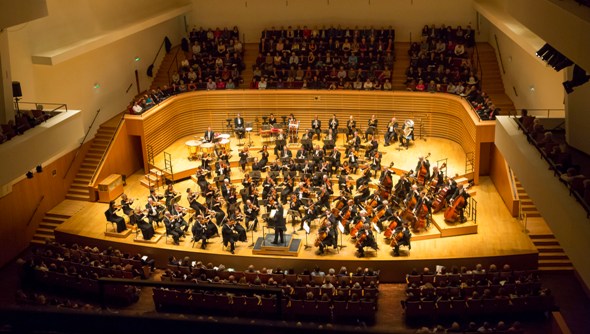 Report: Chicago Symphony Orchestra played two concerts at the Salle Pleyel on a European tour that will wind up this week with multiple performances in Vienna.

PARIS – If the Chicago Symphony Orchestra needed an energy infusion halfway into its current European tour, surely that jolt came with its two concerts at the Salle Pleyel here as music director Riccardo Muti and company enjoyed ripping ovations from capacity audiences.

After single-concert stops in Warsaw, Luxembourg and Geneva, the orchestra settled into Paris for two nights, and the Parisians snapped up every ticket to catch the Chicagoans and their celebrated maestro live. Still ahead for the orchestra is a full week of concerts in Vienna to cap the tour. 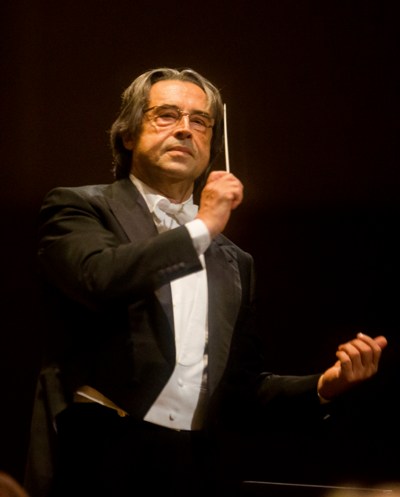 The performances Oct. 25 and 26 also likely marked the CSO’s last visit to the venerable old concert hall located in the heart of Paris. In January, a splendorous albeit long-developing new venue is scheduled to open on the city’s northeast side. The ultra-modern Philharmonie will be the new home of Salle Pleyel’s resident Orchestre de Paris and a natural magnet for visiting ensembles.

“We are told it will be ready soon after the first of the year,” said Paavo Järvi, chief conductor of the Orchestre de Paris, whom I spotted backstage amid a crush of CSO patrons and friends waiting to greet Muti outside his dressing room after the CSO’s first performance. Järvi will lead the inaugural concerts at the Philharmonie in mid-January “if we have a roof,” the maestro added with a wry smile.

It was Salle Pleyel that almost lost its roof – after each of two different programs that showcased the CSO’s all-around virtuosity but which ended with the same brilliant encore: Verdi’s Overture to “Nabucco.” There’s a good chance it’ll be the Verdi, with its glistening brass fanfares and scintillating string flourishes, that remains longest in the memory of Parisians.

Muti is arguably the greatest living conductor of Verdi, and this electrifying example hinted at how the mantle fits him. Even after the exuberant enthusiasm that greeted the core program on both nights, the ecstatic response to the “Nabucco” Overture took it up several notches. 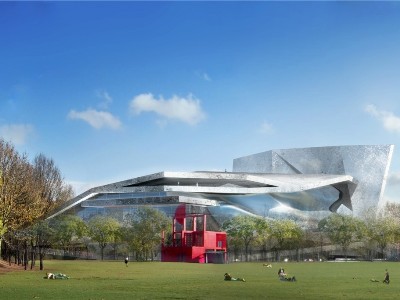 But there was plenty else to rouse the crowds that packed the handsome old Pleyel, a cream-and-maize three-level design that, like Orchestra Hall in Chicago, also accommodates patrons with seating behind the orchestra. And Muti did not neglect to acknowledge that rear legion applauding with arms extended over heads.

A bravura turn through Tchaikovsky’s Symphony No. 4 in F minor provided the pièce de résistance on opening night – a smartly honed, supercharged performance capped by a brass-blazing finale that defied anyone to remain seated and calm at its conclusion.

Yet by no means was grand spectacle the sum of that exhilarating Tchaikovsky. In the work’s ruminative slow movement, the Paris audience also got a good sense of the CSO in a more intimate mode. Muti cast an elegant interplay of woodwinds against long, arching string phrases. And in the scherzo, with its propulsive pizzicato strings, one witnessed the musical equivalent of the conductor’s ever-ready verbal wit. 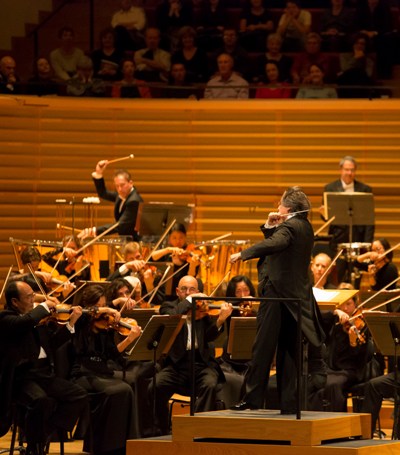 The concert’s first half was a long drink of water: Mendelssohn’s “Calm Sea and Prosperous Voyage” followed by Debussy’s “La Mer.” If the latter seemed a bit like coals to Newcastle, the result was also not quite the magical experience of the CSO’s recent performance back home at Orchestra Hall. Still, the music’s last wind-blow waves drew generous approval from the house.

Another gale and more water launched the second Paris concert as well – a taut, vibrantly hued account of Tchaikovsky’s symphonic poem “The Tempest,” after Shakespeare’s play. Curiously, “The Tempest” isn’t played all that much, though it’s a first-rate piece and the Parisians gave Muti’s highly dramatic reading a vigorous ovation.

Much like “La Mer” the night before, Stravinsky’s “Firebird” Suite on the second evening shone without entirely shimmering. It was as if the musicians, perhaps feeling the strain of their travels, weren’t playing from the front edge of their chairs. But again like the previous night, what closed out the program was stunning: Schumann’s “Rhenish” Symphony in a performance as resonant and animated as it was evocative and precise.

And it once again drew a crescendo of rhythmic clapping that peaked out only when Muti raised his baton for an encore – “Nabucco,” that twice-stamped exclamation point.