Riccardo Muti has agreed to a five-year extension of his contract as music director of the Chicago Symphony Orchestra through the 2019-20 season, the orchestra announced Monday. Word of the new pact, concluded only Monday morning, came unexpectedly at a press conference to announce the CSO’s season plans for 2014-15, the final year on Muti’s current agreement.

The 72-year-old Italian maestro expressed delight at the extension, noting with a wry grin that at its conclusion he will not yet be 80. “The older I get, the more homesick I feel,” he said, “but these musicians and the city of Chicago have made me feel like this is my second home.

“I have perhaps changed these musicians a little bit, but they have changed me also. We have enjoyed making music together. I go to work happy.” 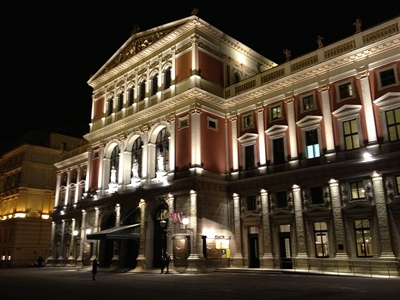 The coming season will send the CSO on its fifth European tour under Muti, a two-week autumn jaunt that will take in Warsaw (debut) and Paris plus a weeklong visit to Vienna that includes two performances of the Verdi Requiem in the city’s famous Musikverein, home of the Vienna Philharmonic.

But starting in the fall, Muti will be working with a new CSO president. After ten years in that job, Deborah F. Rutter rides off to Washington, D.C., to become president of the Kennedy Center. Muti had something to say about the kind of successor he’d like to see.

“What a symphony orchestra president should be is not mysterious,” Muti said. “It’s somebody that works with the music director. The problem is always when the manager wants to be the music director also. Also, that person needs to put his bottom in the chair, as we say in Italy – to work hard, to be the one with the key to open the door in the morning and to turn the key in the door at night.

“An orchestra president also must have an international mind. He – or she – must know the world of music and musicians. And he has to be able to work with musicians, and understand the problems of musicians. We are not in the time of Mozart when Mozart was a slave to the archbishop. I think that archbishop is in hell now.

“We happen to have a board that is very good. Many people at the CSO understand what I have said about this issue, and that is the situation today. The economy is relatively well. So piano, piano. We don’t have to run (to find a new president).”

Throughout the 2014-15 season, Muti’s fifth year at the CSO helm, programming will accent French composers along with a similar emphasis on two sharply contrasting Russians – Tchaikovsky and Alexander Scriabin.

With conductor Esa-Pekka Salonen, the sustained French flourish becomes a festival in May 2015. The Finnish conductor  comes in for a three-week residency to lead Olivier Messiaen’s “Turangalîla” Symphony and two operas – Ravel’s “L’enfant et les sortilèges” and Debussy’s  “Pelléas et Mélisande,” neither of which has been performed in its entirety at CSO concerts. 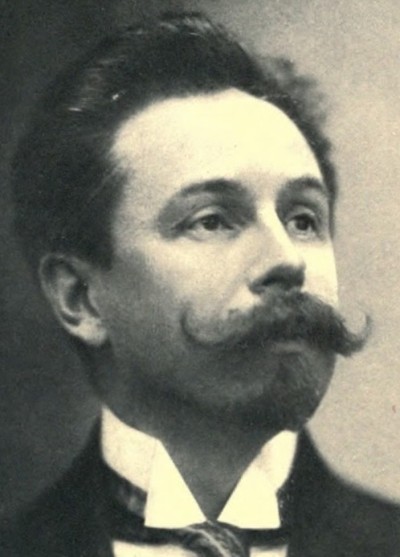 Muti said the season’s Tchaikovsky-Scriabin thread would shed needed light on the latter composer, whose relative obscurity he said was undeserved and doubtless, in time, will be corrected.

“The two Russians come from the same culture, but take different ways,” Muti said. “I was always in love with Scriabin since my relationship with the pianist Sviatislav Richter, whose support practically made my career at its beginning. He always had Scriabin in his repertoire, which is fantastic for the piano. From Richter I learned this love. And of course in Philadelphia (where Muti was music director from 1980-92) I recorded Scriabin.”

In the parallel Tchaikovsky component, Muti will present all six symphonies as well as the grand-scaled symphonic poem “Manfred.” He said he wanted to include all the symphonies to provide a fuller picture of Tchaikovsky than is afforded by the last three, and most popular, works.

In late January 2015, Muti will lead the orchestra and its chorus back to Carnegie Hall for three concerts highlighted by Prokofiev’s cantata “Alexander Nevsky” and two major works by Scriabin.

“I put these two composers together to underscore the influence that Scriabin had on Prokofiev,” Muti said. “I believe the time will come for Scriabin like the time came for Mahler.”

(As for the very late-blooming, now perennial Mahler, his big symphonies will be represented on two CSO programs next season, with Jaap van Zweden conducting the Fifth and Bernard Haitink leading the Seventh.)

Both of the CSO’s Mead composers-in-residence will have world premieres in 2014-15, with Anna Clyne’s new Violin Concerto (soloist Jennifer Koh, Ludovic Morlot conducting) to be followed by Mason Bates’ “Anthology of Fantastic Zoology” under Muti’s direction.

The season-long bounty of French music includes a 90th birthday salute to Pierre Boulez, who has long had close ties to the CSO as both composer and conductor. Boulez’s “Figures-Doubles-Prismes” will be conducted by Pablo Heras-Casado in November concerts.

“I was very happy to read in my own Italian newspaper Boulez’s remark that although he is ending most of his relationships, he is honored to continue two of them, and he mentioned the Chicago Symphony. To read that made me very proud.”

The new season opens Sept. 18 with Muti leading the orchestra, chorus and vocal soloists headed by  in Beethoven’s Ninth Symphony. The next night Muti conducts the CSO in a free concert of music by Tchaikovsky at Pritzker Pavilion in Millennium Park.

Other highlights of the CSO’s 2014-15 season at Orchestra Hall: