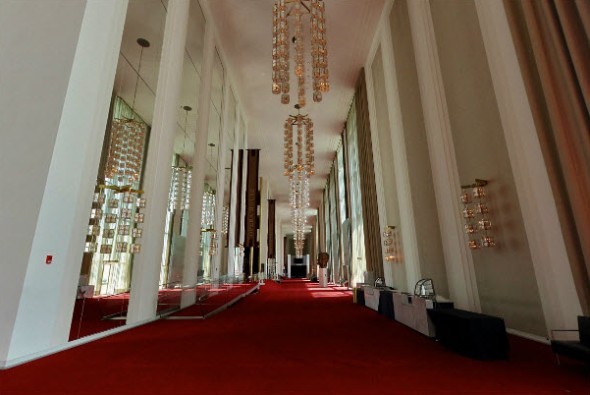 Report: Rutter will take up new duties in September 2014 with responsibility for all artistic components at Kennedy complex.

Deborah F. Rutter, president of the Chicago Symphony Orchestra Association, has been named president of the John F. Kennedy Center for the Performing Arts in Washington, D.C., effective Sept. 1, 2014.

Rutter (at right) has served as president of the CSOA since 2003. She was instrumental in persuading conductor Riccardo Muti to accept the CSO’s music directorship in 2010.

Speaking with Chicago On the Aisle by phone from Washington, D.C., Rutter said she would have much to learn in her new job. “Ask me in two years and I’ll be able to tell you what I’m getting into here,” she said with a laugh.

Noting the wide range of arts organizations she will be supervising and coordinating, Rutter said her work at the Kennedy Center clearly will not be “as hands-on as it has been in Chicago, and that will be an adjustment for me. It’s about creating an environment so others can do great work.”

Asked what she will remember with the greatest pride from her years in Chicago, Rutter answered quickly:

“The night we welcomed Muti at Millennium Park – 25,000 people gathered on one night to hear great music, then watching him fall in love with the orchestra and vice versa. I’m also proud of the Chicago Symphony’s new focus on taking music out to the people and working to make it relevant to people’s lives. It’s all about the live performance experience, and we must be committed to that to ensure the longevity of the art form.”

Rutter said the main challenge before her now is simply the transition from Symphony Center to Kennedy Center. “I still have both feet in Chicago,” she said. “My heart’s in Chicago.”

In an earlier press statement, Rutter said: “I leave Chicago for Washington, D.C. with a full heart and streams of tears for the memories and great friends that I will miss seeing daily. As I anticipate the change I hope to make in the next chapter of my career—to advance the importance of culture and the role it can play in our country—I know that I am better prepared to do so because of all that I have learned from all of my colleagues here.”

“I am honored to know and to have worked side by side with our treasured music director, maestro Riccardo Muti, and with our very special creative consultant, Yo-Yo Ma, over the last four years. Additionally, I extend my gratitude to (conductors) Pierre Boulez and Bernard Haitink for their care and counsel throughout my time at the CSO. I will always be grateful for the opportunity I have had to grow and stretch with each of my colleagues here—conductors, musicians, board and staff members, volunteers, donors, patrons, and community partners.

Muti said Rutter’s service in Chicago “speaks of her strong commitment to the great importance of the arts and culture,” Muti said. “I am happy that in this new position she will be able to share her deep love for music and the arts with the entire country. With friendship and respect, I offer all my best wishes knowing, from what she has accomplished in Chicago, that she will be very successful.” 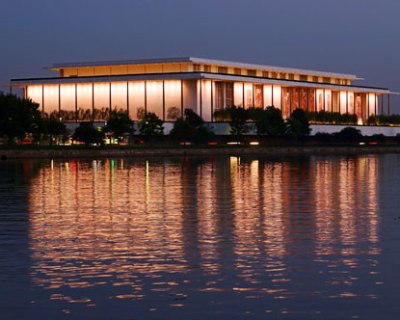 As artistic and administrative director of the Kennedy Center (at right), Rutter will manage all aspects of the operation — theater, contemporary dance, ballet, chamber music, and jazz seasons as well as the center’s two prominent affiliates, the National Symphony Orchestra and Washington National Opera.

Congratulating Rutter on her new appointment, CSO board chairman Jay Henderson noted that she “has provided outstanding leadership to the Chicago Symphony Orchestra over the past ten years, and we thank her for her significant contributions. We are pleased that Deborah will continue to lead the CSO during the transition period to ensure a smooth and successful leadership succession process.

“The Board has already begun the preparatory work associated with the search process for her successor, and we will share further details as the search process unfolds. I am confident that our international stature as an Orchestra will help us find a great successor who can lead the Chicago Symphony Orchestra Association in its next chapter.”