It is hard to know which to admire more about Schubert’s Mass No. 5 in A-flat, its consummate lyricism and elegance of construction or its honest spirituality, so open-hearted and direct. In both form and content, this luminous Mass shone in a performance Thursday night by the Chicago Symphony Orchestra and Chorus conducted by Riccardo Muti at Orchestra Hall. 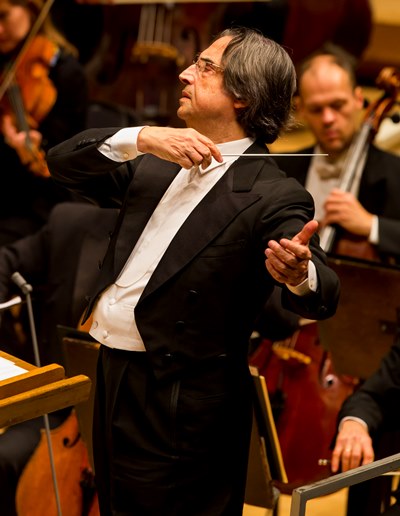 In the same extended period that Schubert was developing the Mass in A-flat, a project he undertook in 1819 and which occupied him for three years, Beethoven was forging his monumental Missa Solemnis – a spectacular work that runs nearly twice the length of Schubert’s setting. Like Beethoven’s symphonies, the Missa Solemnis is grand, public, imposing; by contrast, Schubert’s Mass, much like his songs, is intimate, personal, almost private.

Remarkably enough, the CSO had never before performed this Schubert Mass, which Muti finally brought forward as part of his season-long Schubertiade. While Muti’s focus has been on a comprehensive cycle of the composer’s eight symphonies, the Mass in A-flat doubtless will come to many listeners as a revelation as welcome as Schubert early symphonic essays.

But with this important difference: The Mass in A-flat is not an early work, not on Schubert’s prodigious and tragically brief timeline. He was in his 22nd year when began work on it, and his vision was a clear as his mastery was absolute. It is a choral mass, the music for four vocal soloists subsumed within or effectively embroidering the work’s choral arc. It is not music-drama but a musical prayer, one that looks mainly inward – with the notable exception of a magnificent fugue in the Gloria that would fit right in with the other splendors of Beethoven’s vast Missa.

Muti, an opera maestro who knows something about singers and matching them up, put together an ideal blend of voices for the solo quartet: soprano Rosa Feola, mezzo-soprano Michaela Selinger, tenor Antonio Poli and bass Riccardo Zanellato, the last of whom anchored the group with a sound of liquid darkness. In the “Benedictus,” a rare moment of solo prominence, soprano, mezzo and tenor answered with singing of transcendent sweetness and light.

Also new to Orchestra Hall was the celebrated film composer Ennio Morricone’s cantata “Voices From the Silence,” composed (at Muti’s urging) shortly after 9/11. The 85-year-old composer – yes, the same who provided the musical backdrops for those Clint Eastwood spaghetti westerns 50 years ago – was on hand for this potent account of his highly original and provocative score.

Morricone’s 30-minute “Voices” takes as its genesis a short verse plea for interracial understanding by the black South African poet Richard Moore Rive, whose lifelong resistance to apartheid ended with his murder in 1989 at age 58. “Where the rainbow ends,” the poem says, there’s going to be a place where the world can sing “all sorts of songs.” Not black songs, not white songs. Just songs, just “music we’re going to sing where the rainbow ends.”

When the narrator has read the poem – which Ora Jones did in mellifluous, measured tones – its spirit becomes transmogrified through a swirl of orchestral and choral sounds augmented by field recordings of Africans singing. This tumbling, swelling sonority progressively builds to something like a cosmic embrace, as if enveloping the whole of puny humanity. The sonic image then collapses back to the earthly familiarity of a hymn – perhaps a lament – begun in a solo cello to be taken up by the full orchestra and choral voices.

The concert opened with yet another CSO first, Schubert’s Overture “In the Italian Style” in C major, which the young composer penned after hearing Rossini’s music at the opera. This evident tribute to the famous Italian even includes an obeisant Rossini crescendo, though there’s a good deal of Beethoven in it as well. Muti and the CSO infused the piece with the thing it required first and foremost: incredible lightness.