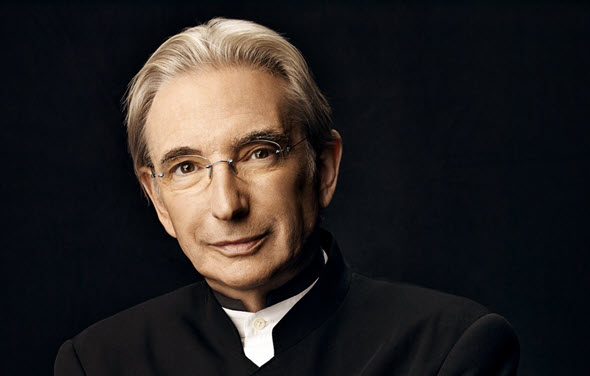 Conductor Michael Tilson Thomas has canceled his scheduled two-week October residency with the Chicago Symphony Orchestra after emergency surgery to remove a brain tumor. The 76-year-old conductor and music director laureate of the San Francisco Symphony Orchestra was to lead CSO concerts at Orchestra Hall Oct. 21-23 with pianist Alexander Gavrylyuk and Oct. 28-30 with pianist Denis Matsuev.

A statement from Tilson Thomas’ national press agent said: “After a series of tests, Michael Tilson Thomas was diagnosed with a brain tumor that required an immediate operation. The operation at the UCSF Medical Center was successful. He is now embarking on a course of therapy for the next several months which necessitates curtailing his public appearances through the end of October.” Tilson Thomas’ medical team is “continuing to explore all possible options for treatment,” the statement said.

“I deeply regret missing projects that I was greatly anticipating,” said Tilson Thomas. “I look forward to seeing everyone again in November.” Besides the Chicago S 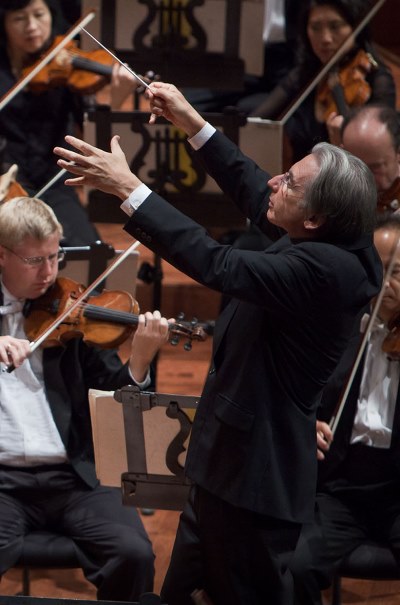 ymphony, previously scheduled engagements from which Tilson Thomas is withdrawing include the National Symphony Orchestra for the Kennedy Center’s 50th Anniversary, the Indianapolis Symphony and his own developmental orchestra for pre-professional musicians, the New World Symphony, based in Miami Beach.

Finding a replacement for Tilson Thomas so close to his October dates could be difficult. A CSO spokesperson said it could be a few weeks before another conductor – or possibly two to cover both weeks – can be added to the fall season. The Ukrainian born pianist Gavrylyuk was to play Prokofiev’s First Piano Concerto during Tilson Thomas’ initial weekend, and the Russian pianist Matsuev was to follow with Prokofiev’s Third Piano Concerto. Those works were to be paired with Brahms’ First and Second Serenades, respectively.

Tilson Thomas has enjoyed a distinctive relationship with the Chicago Symphony, with whom the conductor has consistently displayed a solid rapport. Recent appearances include a finely wrought Tchaikovsky “Pathétique” Symphony, in December 2018 (as pictured above in a Todd Rosenberg photo.) One of the world”s preeminent Mahler interpreters, Tilson Thomas led the CSO in the composer’s Ninth Symphony at Orchestra Hall in November 2013.