Meteoric conductor, in her Grant Park debut, another happy surprise in a summer of them 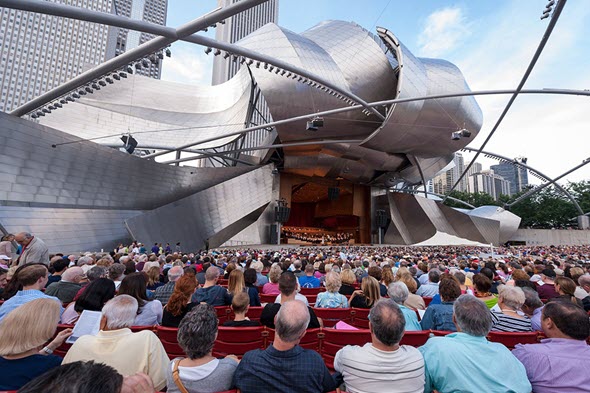 Can something that’s free qualify as a bargain? In the case of the Grant Park Music Festival, which is free all summer to the legion of picnickers who flood the sprawling green beyond Pritzker Pavilion, those serenades sometimes exceed the pedestrian notion of bargain. Sometimes the occasion is more like an opportunity beyond price. Witness conductor Eun Sun Kim’s thrilling, indeed mind-altering and game-changing account of Dvořák’s “New World” Symphony with the Grant Park Festival Orchestra on July 23. 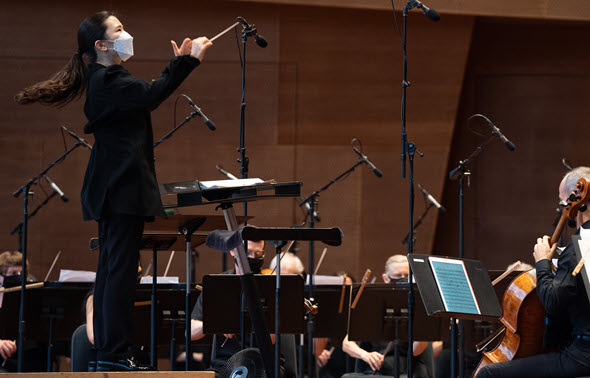 Observing the 41-year-old Kim, recently appointed music director of the San Francisco Opera and principal guest conductor of the Houston Grand Opera, and hearing what she got from this festival orchestra, created an image in my mind of watching Mozart at play. Here was a musician complete in every way, a natural, an absolute authority, conscious of every structural detail, but also wonderfully expressive, spontaneous and joyful.

Those two high-profile gigs I mentioned, in San Francisco and Houston, were both awarded on the basis of just an appearance or two. To catch Kim on the podium is to understand how such great confidence could be placed in her mastery on so little evidence. Her approach to so well-worn a staple as the “New World” Symphony left just one question: How soon can the Chicago Symphony schedule Kim’s debut at Orchestra Hall? 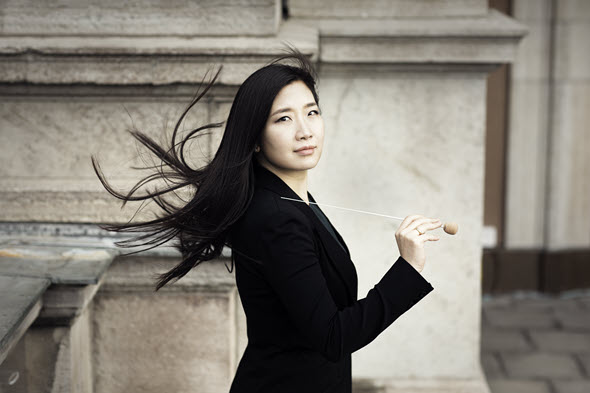 But Chicago already is promised a second look at the young South Korean conductor: Kim makes her Lyric Opera debut in January 2022 with Puccini’s “Tosca,” the same work with which she makes her formal bow as music director of the San Francisco Opera this September. Indeed, Kim has come up the old-school way — via the opera pit. And it shows in her unfailing attention to line, in her sure sense of instrumental voicing and in her supple way with phrase length and rhythm. While she is clearly well schooled (her advanced training was in Stuttgart), she just as certainly possesses an innate musical brilliance and poetic empathy that cannot be taught. Over the next decades, this supremely gifted conductor is going to be a huge presence on the world’s biggest stages.

That head-turning event capped quite a run of concerts at the Grant Park Music Festival. Summer after summer, music director Carlos Kalmar offers up a zesty, fresh musical mix that’s likely to expand the experience and even stretch the ears of many listeners. And yet the crowds keep showing up, blankets and coolers and collapsible chairs in tow. It’s remarkable and exhilarating to see that grand throng convene to hear whatever Kalmar thinks might be interesting. 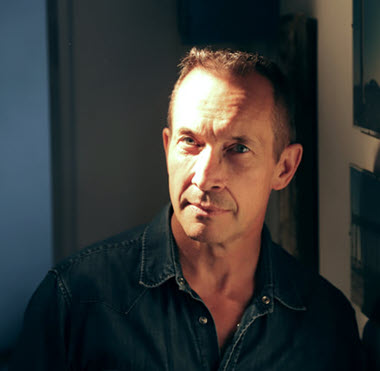 The chorus performed Jonathan Dove’s ‘Passing of the Year.’

A couple of days before Kim’s concerts, it was Bruckner’s Mass in E minor on a program that showcased the festival’s excellent chorus. Bruckner, known better by far for his grandiose symphonies, those majestic cathedrals in sound, set his Mass in E minor with the novel accompaniment of what is essentially a brass band augmented by a small complement of woodwinds. Kalmar conducted a chorus prepared by Christopher Bell, and the result was a performance of the 45-minute work that captured both the music’s lustrous warmth and its familiar Brucknerian magnificence.

In addition, the chorus offered an eloquent performance of British composer Jonathan Dove’s finely drawn song-cycle “The Passing of the Year” (2000), which employs verses by several English poets commenting not just on the cycle of the year, but on the progression of life itself. The concert also included an impressively bold setting of Psalm 24 (“The earth is the Lord’s”) written in 1916 by Lil Boulanger, the short-lived younger sister of the famous musical pedagogue Nadia Boulanger. I 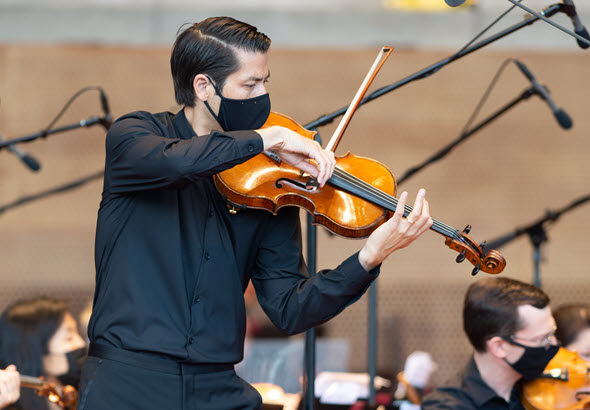 LIkewise typical of Kalmar’s adventures in programming was the Viola Concerto by Margaret Brouwer, a native of Ann Arbor, MIch., now 81 years old, performed July 16 on a bill with Sibelius’ Fifth Symphony. Brouwer’s concisely written yet ethereal concerto, premiered in 2010, offered another splendid example of substantive, first-rate music that doesn’t show up very often in concert halls. Deceptively demanding in its glorious, inward-looking flights, the Viola Concerto was magic in the hands of soloist Masumi Per Rostad.

The Grant Park Music Festival continues July 28 at 6:30 p.m. when Kalmar returns to the podium for a concert capped by Saint-Saëns’ Symphony No. 2. Not the famous Third (“Organ”) Symphony. Nobody programs the Second Symphony, maybe not even in Paris. That’s what I’m talking about.