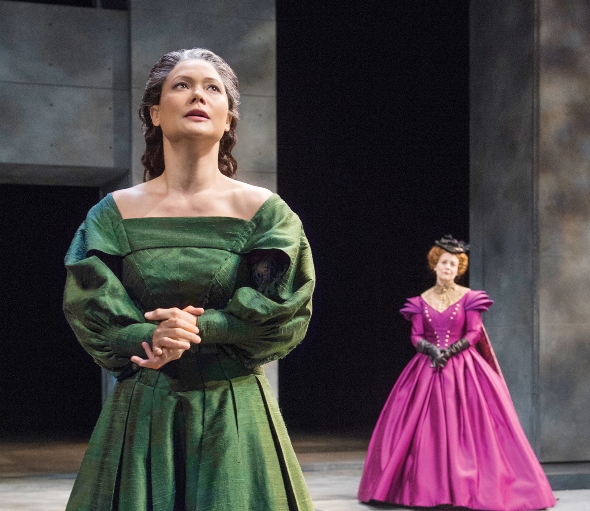 Interview: In title role of Schiller’s play at Chicago Shakespeare, actress found the lioness in the skin of a tender, vulnerable woman.

Like the queen she plays, K.K. Moggie rules the stage in the title role of Schiller’s “Mary Stuart” at Chicago Shakespeare Theater. But what helped her get to that place, she says, was the realization that the play was less about the fallen Scottish queen – who aspires to the English throne even as she is held prisoner by Queen Elizabeth – than what’s going on around her.

“That sudden understanding seemed to relieve a great deal of pressure and allow me to connect with this complex female,” says Moggie of the famously beautiful 16th-century monarch whose very life now lies in the hands of her fully empowered rival Elizabeth. “There is a softness about Mary, a vulnerability and tenderness, but she’s also a lioness with the deep quality of a survivor.” 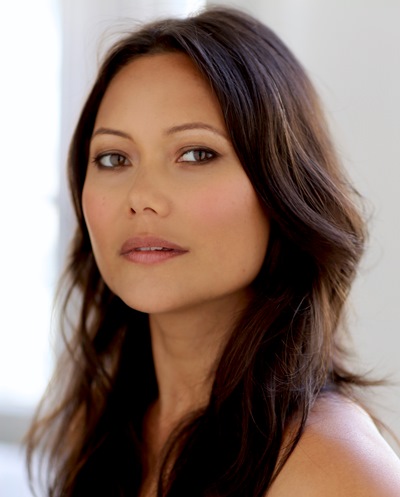 In Schiller’s play, originally in German and first produced in 1800, Mary has long languished under arrest, her former wealth stripped away and her only companion her faithful nurse from childhood (played by Barbara Robertson). Meanwhile, Elizabeth’s courtiers advise her both yea and nay on the issue of Mary’s life: While some urge Elizabeth to put her nemesis to death, others counsel forbearance lest she turn Mary into a martyr.

“When I came to the first table reading, I was well prepared. I’d done a great deal of research, and I felt like I had ownership of the role,” says Moggie. “But then (director) Jenn Thompson started working into the character of Mary layer by layer until the colors were deeper, more refined and specific. It’s not that I was on the wrong track, but rather that we took our time going through Mary’s every emotional journey by very fine degrees.

“I found that process to be liberating. For all the research I did, I found it was really Schiller’s creative imagination that gives us Mary’s character – and some amazing lines. She says, ‘Be careful not to mistake the advantages of the state for justice.’ That makes the story quite relevant for today, doesn’t it?”

What sets Elizabeth and Mary apart from each other is not just power and subjugation, Moggie observes, but their histories and temperaments: 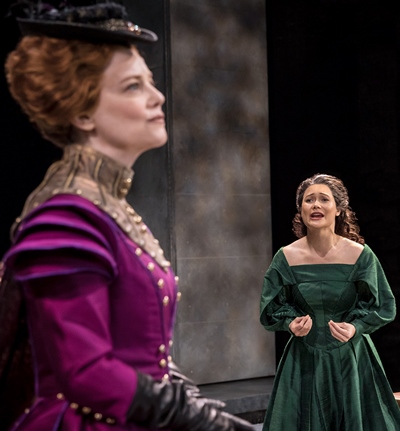 “We are really looking at two marvelous female creatures. Mary’s upbringing was of royal privilege. She lived at the French court from the age of 5. She grew up believing that her beauty and femininity were revered above all other qualities. She was the Kim Kardashian of her day. By the time we see her, she has lost everything. All she has left are her instincts and a conviction that she’s entitled to the crown Elizabeth now wears.

“Also, her deep Catholic faith is incorruptible,” Moggie continues. “Elizabeth (daughter of Henry VIII and played by Kellie Overbey) grew up in a competitive world where she had to rely on her sharp wits. She has a clinical mind and she’s an excellent judge of the people around her.”

Moggie attributes the concentrated power of “Mary Stuart” to the elegance and specificity of Peter Oswald’s English-language adaptation. Mostly, this updated and streamlined text preserves the blank verse and largely the iambic pentameter pulse of Schiller’s original work.

“Oswald’s writing is seamless,” she says. “The language pops. It is so easy to hear. We had our first high school performance recently, and the kids were right there with us. We had a lovely verse coach (Kathryn Walsh), and Jenn (the director) always reminding us not to fall behind the forward motion of that engine. Once on that train, you could feel it go – the melody, the rhythm, the musicality of the play.” 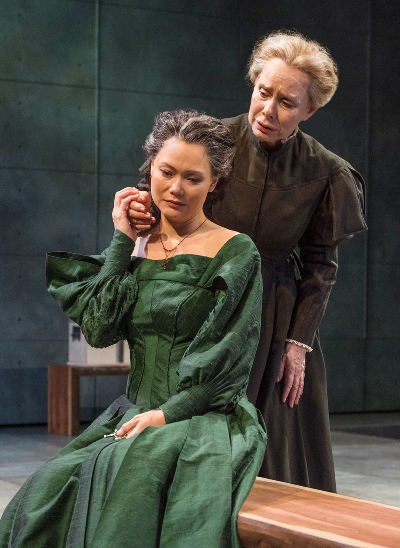 Inevitably, Moggie’s perspective on the imprisoned and bereft but ever defiant Mary evolved with each performance. Or as she puts it, “a sense of ease and freedom” began to settle in.

“Because of the mountain I had to climb, I was initially leaning into the feisty, tenacious side of her,” she says, “but playing the role has allowed me to swing back around to her softer parts, to even her out. I’ve found a kind of charisma in her that has allowed audiences to jump onto her side a lot earlier. By the time I get to the lioness coming, I know I can really let go. They will feel it as much as Mary does in that moment.”

The lioness is Mary transformed into a force of nature when Elizabeth shows up to confront her prisoner, unexpected and unannounced. Such a face to face meeting has been Mary’s fondest wish. But she’s utterly unprepared for it, and unwittingly set up for it. Elizabeth and her retinue come upon Mary just outside her prison walls, where she has been granted unusual freedom to revel in the sunlight and splash in a shallow pool. The meeting does not go well as Mary quickly erupts in a towering rage. That scene, says Moggie, is the highest hurdle she must clear at every performance. 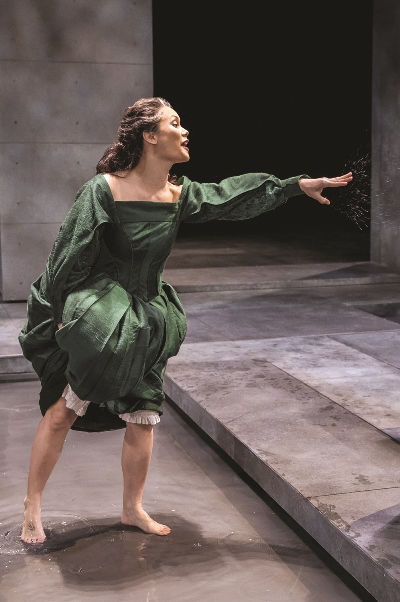 “This is where we put in our hardest work, and it’s different every night. Kellie (as Elizabeth) is so great to work with. We can really play ball. And there are so many different emotional responses happening at the same time. Imagine, this is a meeting 19 years in the making, and it’s fully charged. You have all these things you’re turned over in your head for so long, all these things you want to say – then the meeting suddenly, unexpectedly happens, and all that goes out the window.

“That’s what’s so wonderful about the scene, this emotionally vibrant connection that everyone in the audience makes. It’s always the scene I have the most nerves about and the greatest high from. There’s so much adrenaline, so much trepidation beforehand: how much breathing I need to do, how warm my body has to be.

“On top of all the rest, Mary is subjected to an attempted rape, all in the ginormous arc of one scene. When I come off stage, a stage hand is waiting with shoes and a glass of water. But I’m bent over just breathing for 15 seconds. Then I put on my shoes, have a drink and walk back to my dressing room.”

Review of ‘Mary Stuart’: Read it at Chicago On the Aisle