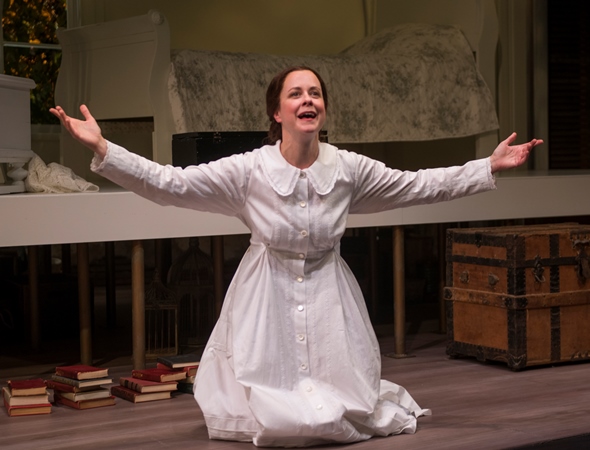 Volumes have been written about Emily Dickinson, but it was through the reclusive poet’s own words that Kate Fry found her way into the heart she illuminates in William Luce’s one-woman play “The Belle of Amherst” at Court Theatre.

“Emily Dickinson had Shakespeare’s love of language,” says Fry, whose subtly inflected portrait spans two hours and several thousand words. “I started with her poems about a year ago, anthologies of her words – not what others had written about her. In the poems, and in her letters, you get these clear images of what was speaking to her intellect on any given day, the things she felt compelled to put down on paper.” 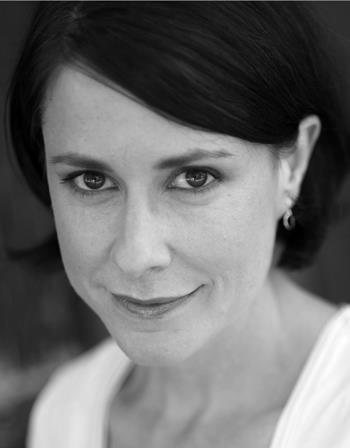 Dickinson (1830-86) lived her entire life in Amherst, Mass., where she grew up in well-provided circumstances, the daughter of a prominent political figure. She never married, progressively turning away from society and toward a life of relative isolation and creative observation. She developed a highly original poetic style at once cryptic and lyrical, incisive and evocative. Though her poetry never gained wide attention in her lifetime, when the first volumes were published in 1890, four years after her death, Dickinson won instant popularity.

“The things she chose to think about, the way she wrote things down – it’s all so fascinating and incredibly refreshing,” says Fry. “When you spend time with her language, with her poetry, you find it typically goes small in order to go big. It might be a flower or a feeling that happened because of a glance that someone gave her. She turns the instant of that feeling into something much larger. It’s so cool.”

But did Dickinson view her own life as all that cool? Much ink has been spilled over whether she lived in serene separation – a bit like Henry David Thoreau, content to commune with the natural world and the minutiae of living – or suffered a bitter loneliness. Luce’s play suggests a woman at peace with her life, and Fry tends to agree. 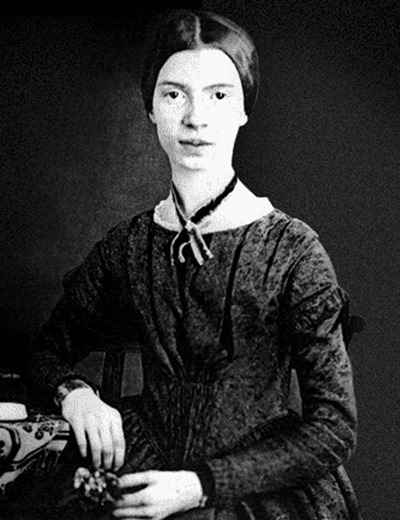 “We’ll never really know,” she says. “Before I got into the play, I imagined her as someone sad and cut off, and even now I’m sure life was not all happiness and ease for her. But I think we can see that she made her own choices and kept the company she wanted to keep. She had very intimate friends, and of course she loved writing. It’s a refreshing idea, not feeling the need to be out there projecting some particular persona.

“And we all change. Our bodies change. Our circumstances change. I think Luce made a serious attempt to know her – through her letters and relationships, the people who loomed large in her life.”

Among the fetching aspects of Luce’s formidable monologue-as-portrait is the way Dickinson’s speech can modulate seamlessly from prose into poetry. Suddenly, what began as an ordinary observation is transmuted into magical lyricism, trenchant essence. Time and again, Fry makes that shift with disarming naturalism, sans so much as a deep breath’s fanfare.

“Her switching in and out of poetry is like Shakespeare,” the actress says. “Sometimes the shift to poetry (in mid-thought) signals a new urgency or depth. Sometimes she’s trying to clarify a point: ‘I’ll try this language.’ Or, ‘Now I’m going to tell you a poem I wrote about a train.’ As the play goes on, the lines between prose and poetry grow hazy. I’m sure Luce went for the effect on purpose as a means of expressing her character.” 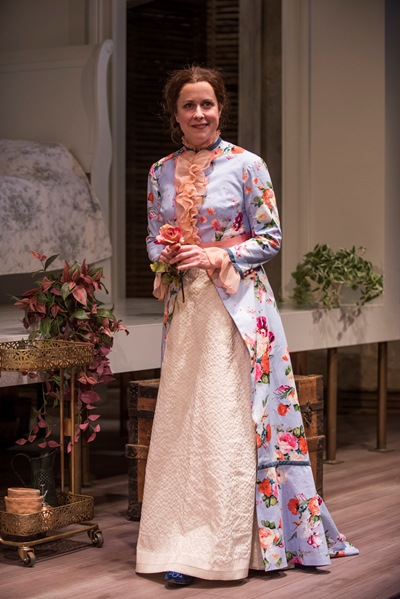 We meet that charming, down-home character as if we’d dropped in on her quite unexpectedly. You might say the play begins with a digression: It’s not the poet whom we first encounter, but rather Emily Dickinson the proud and happy baker. She’s stirring batter in a huge bowl to make a traditional “black cake,” the remarkable ingredients of which she recites at some length – but, Fry notes, not exactly as in the original text. Director Sean Graney had a different idea.

“In the script, she’s carrying the cake already made,” Fry explains. “Sean suggested making it instead. She used things that she baked or cooked or grew or cultivated as tokens of friendship. Even as she became more reclusive, she would gift someone with a flower and a poem or a piece of cake and a poem.

“It’s no coincidence that she brings up how much her father loved her baking. She kept doing it to please him, to stay connected to him – even though their relationship was not what we would call close.”

The baking underscores a side of Dickinson that Fry says played a key role in Graney’s approach as director: “Sean holds a deep belief that we as people are in need of a more feminine perspective. He brought this up several times in rehearsals. He’s had an abiding love for the play for more than 20 years. He first read in it college around age 20. 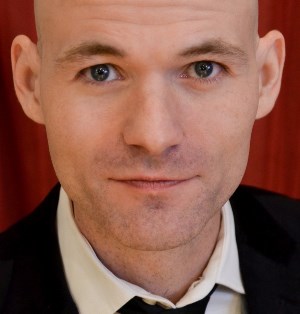 “I’m not sure I would have responded to it at that age. It’s only because I’m well into middle age that I can appreciate the play’s complexity and depth. The feminine side is one of two aspects to Dickinson’s life. A lot of people also want to put feminism on her, and I think they’re mostly justified. She crafted her own approach to art and life, first and foremost as a member of the human race. He options were limiting and frustrating.

“Sean brought up those constraints more than I did. He felt it was important to our perspective on Emily Dickinson today, in view of the machismo and bombast in our world and country right now.”

Fry pointed to a number of Dickinson’s poems that address her self-image not as male or female but as a wild child of the world.

“She was never gender-confused,” the actress says. “She lived womanhood in all its trappings. But there are poems in which she harkens back to the freedom of childhood – ‘Oh, when I was a boy, I used to do this, back when I was barefoot and free and muddy.’ She didn’t really think of herself as a boy, but was an unfettered child, full of boyishness. There was a Calvinist spirit in the air in those days, and not a lot of time for pitying herself.

“She certainly knew grief and heartbreak and disappointment. But then she would move on to the beauty of something else.”