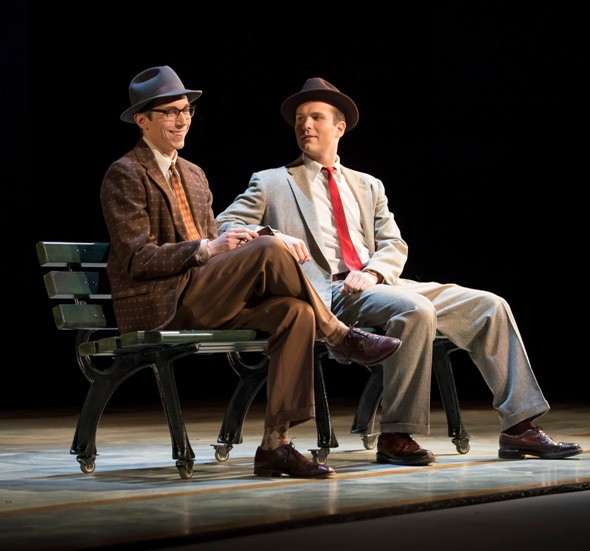 The chamber opera “Fellow Travelers” is heading into the final weekend of a very short run at the off-Loop Athenaeum Theatre in the Lakeview neighborhood. Although the production is still quite new – put together by the same rising talents, led by director Kevin Newbury, who delivered Lyric Opera of Chicago’s new “Faust” to the downtown mainstage — Chicago has the distinct advantage of being not first, but third, among cities to see it. 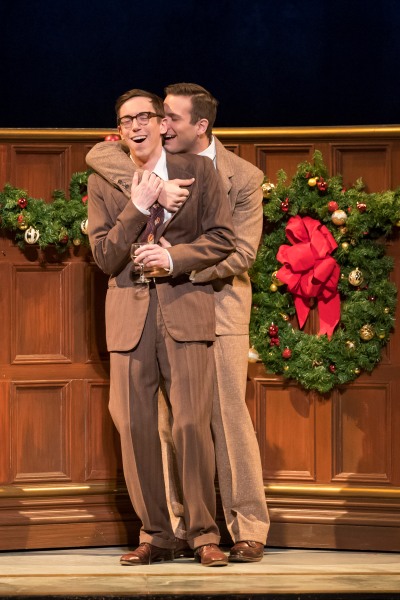 No new production is ever quite ready when it first launches from its platform of chaos. This particular opera, presented under the Lyric Unlimited banner and seen earlier in Cincinnati and New York, has been polished to an impressive state while giving us a fresh new talent, tenor Jonas Hacker, in the lead role of a young man experiencing his loss of innocence during the 1950s “lavender scare.”

The lesser-known “lavender” element of McCarthy’s notorious anti-communist activities involved a homosexual purge throughout the State Department, officially justified by the argument that such individuals were at risk of being blackmailed by communist infiltrators. The so-called “lavender lads,” as Illinois Senator Everett Dirksen dubbed them at the time, were vulnerable targets in McCarthy’s smear campaign; a mere allegation could be career-ending.

In 1953, President Eisenhower signed an executive order that barred homosexuals from employment in the federal government. Thousands of individuals were allowed to resign quietly; others retreated deep into the closet. The order was not rescinded until 1995. 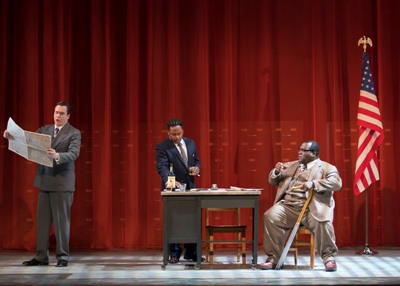 Knowing all this, one might assume that “Fellow Travelers” leans in the direction of a sociopolitical agenda piece, propaganda on behalf of a cause. Yet the opera, based on a 2007 novel by Thomas Mallon, aspires to art, and it succeeds spectacularly well in both musical and theatrical terms. (A recording is already available.)

Composer Gregory Spears and librettist Greg Pierce are persuasive in style: Spears is an exquisite colorist capable of lurking in the emotional cracks, and he has a melodic gift for phrases that can take flight, as if escaping gravity; Pierce’s disarmingly natural conversational exchanges cut straight to the heart. I was drawn in immediately by the show’s pulsing energy and dramatic efficiency.

“Fellow Travelers” begins with a scene that couldn’t be clearer. Dapper careerist Hawkins Fuller eyes young Timothy on a park bench, then makes the charming play of a confident, practiced serial romancer. Baritone Joseph Lattanzi, who has been with this opera from the start, was completely convincing as “Hawk,” the successful government worker with a macho straight persona and a well-oiled double life. By the end of the first act, Timothy is singing his bursting-with-love aria, “I died last night.” 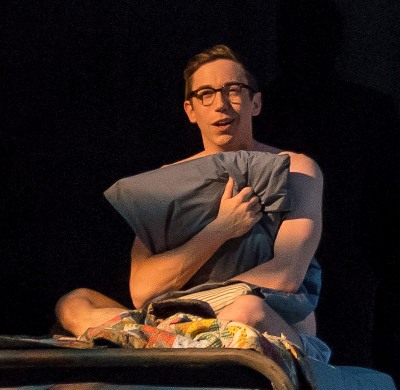 In his role debut as Timothy, the lyric tenor Hacker lent this remarkable scene a tour-de-force of remembered ecstasy. The almost religious conviction that his Timothy expresses about the invincibility of his newfound love will, of course, prove misguided.

Although “Fellow Travelers” is specific with regard to the particulars of Fifties current events, its themes are universal — about one’s own irrefutable personal imperative, and the magnificence of love in bloom, but also about the soul-bruising compromises that befall at certain times of life, the sadness of betrayal, the unforeseen sources of compassion that can arrive almost divine-like, and the exquisite pain of moving on.

The role of Mary Johnson, Hawk’s quietly protective secretary and Timothy’s empathic supporter, is taken by Devon Guthrie, a soprano of remarkable warmth and flexibility, with a flair for lending the composer’s aptly nervous coloratura a sense of shimmering concern. 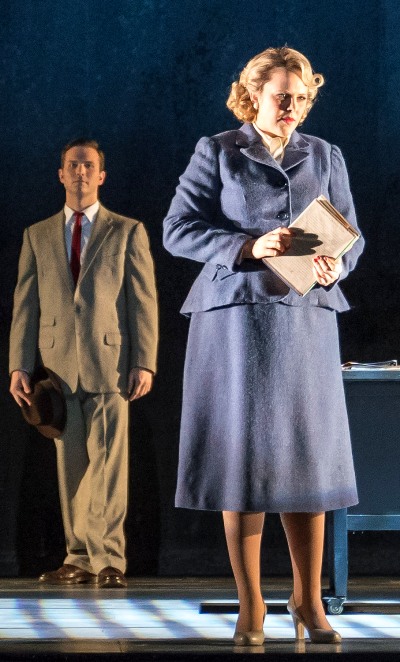 Not that she’d ever let on, but you get the feeling that Guthrie’s Mary, through the dint of experience, has gained no slight wisdom in the art of letting people down. I’ll forgo details of the twists and turns that follow; they should be allowed to come as a surprise.

Spears’ opera is orchestrated beautifully, with a sizable chamber ensemble of 16 players, including flute, oboe, clarinet and trombone along with strings. Like the three singing leads, conductor Daniela Candillari made her Lyric Opera debut in an authoritative performance; she’s clearly at ease managing singers and instrumentalists simultaneously.

But Newbury’s entire production shared that ring of authority, with no apparent corners cut in the supporting cast of six additional singers, who juggled 13 roles including Senator McCarthy (baritone Marcus DeLoach), other senators, interrogators, gossips and functionaries. Vita Tzykun’s set pieces rolled on and off with a slick, quick-change appeal worthy of Broadway. Paul Carey’s costumes, Thomas C. Hase’s lighting and Sarah Hatten’s wigs were subtly evocative in a work of elusive shifts and shadows. The production continues through March 25. 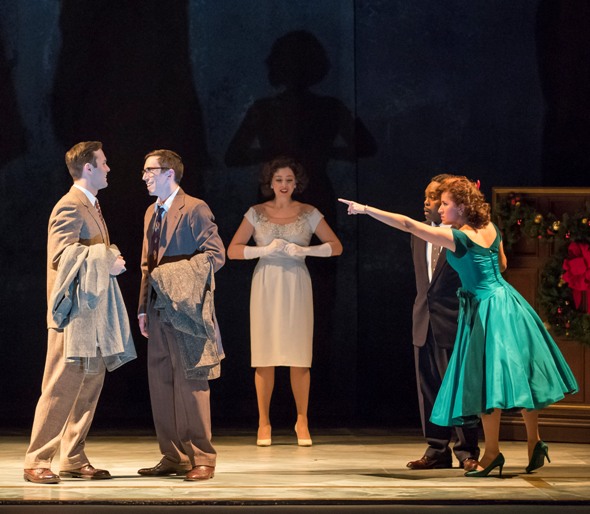