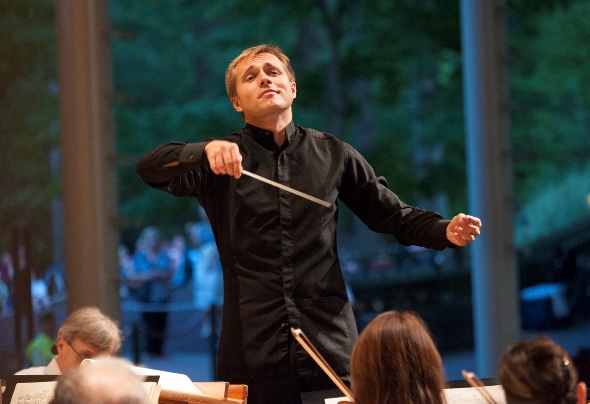 It was a night of narratives – not told in words, but hardly less vividly conveyed as the emotional storylines of a Ravinia Festival concert July 20 by the Chicago Symphony Orchestra conducted by Vasily Petrenko with pianist Jean-Yves Thibaudet. 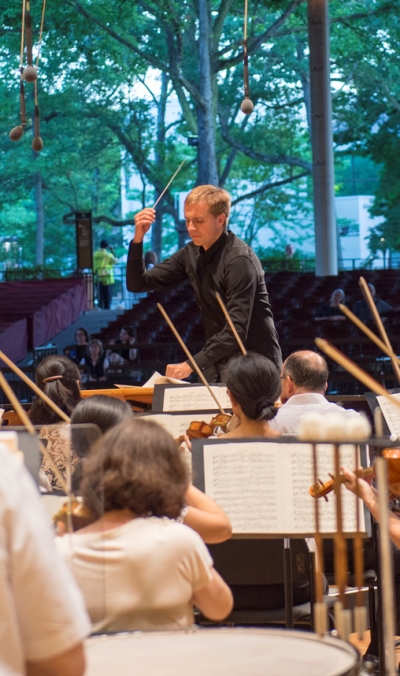 In an impressive Ravinia debut, the 40-year-old, Russian-born Petrenko, chief conductor of both the Royal Liverpool Philharmonic and the Oslo Philharmonic, began with a vibrant but patiently drawn account of Strauss’ tone poem “Don Juan.” And he drew from the CSO a performance both richly textured and highly energized, an exhilarating exhibition that reminded one of this orchestra’s great Strauss legacy handed down from the era of Fritz Reiner’s directorship some six decades ago.

The dramatic surge and retreat of “Don Juan” also quickly revealed a good deal about Petrenko’s conducting style and musical temperament. The maestro cuts a lean figure on the podium, and his precise gestures suggest an efficient organizer who’s always just ahead of the music’s dramatic curve, always on top of its evolving structure, ever aware of the musical line’s center of gravity and the inner voices that push and pull it.

As for the orchestra, it was its luxurious, brassy best in music that cries out for sheer opulence. And even on this sultry night – and despite the sunset chorus of crickets that competed most devoutly – the CSO strings played with the finely graded exactitude that one might expect at Orchestra Hall.

When the French pianist Thibaudet joined Petrenko and company for Liszt’s Piano Concerto No. 2 in A, the effect was not so much of a digression into virtuosity as it was of another tale from the same book of adventures. While it may be overstatement to characterize this concerto as a symphonic poem with piano obbligato, the fact is that its author was essentially the father of orchestral storytelling, and the concerto unfolds like a dark tale summoned from the abyss of Mephisto. 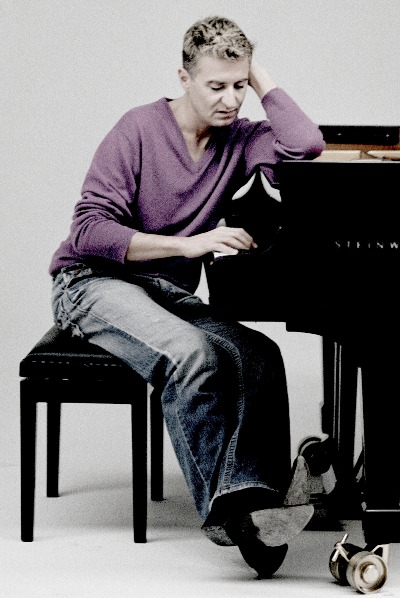 That the concerto is written in an unbroken chain of contrasting movements – by turns ominous, brilliant, musing, thunderous – only sharpens the sense of its pervasive turbulence. Thibaudet played the shadowy protagonist to a fare-thee-well, tossing off sparkling runs and tolling bells with equal parts of expressive élan and technical bravura. It was all great fun and a welcome reminder of the singular charm of Liszt’s two piano concertos, which seem to turn up less frequently these days.

The night’s genuine saga, Petrenko’s most distinctive work and the CSO’s finest effort came with Rachmaninoff’s Symphony No. 2 in E minor. It’s sometimes hard to remember that the open-hearted, profusely lyrical Second Symphony dates from the first decade of the 20th century, a time of great foment in musical aesthetics when the bastion of tonality was falling. Yet within those fractured walls, as if oblivious, Rachmaninoff remained true to a Russian lineage that went back to Rimsky-Korsakov and Tchaikovsky. The Second Symphony belongs to that preserved world.

Petrenko’s approach to Rachmaninoff’s symphony of ever-renewing song was direct, embracing, unapologetic. From the work’s ruminative outset, he heaped phrase upon long-lined phrase, allowed strings and winds their full-throated voice and unleashed the brasses in sunbursts of sound. And here was the CSO in its element, issuing forth its ardent poetry in the full measure of a time out of mind, a yesterday of the imagination, a locus of the heart, a story remembered.