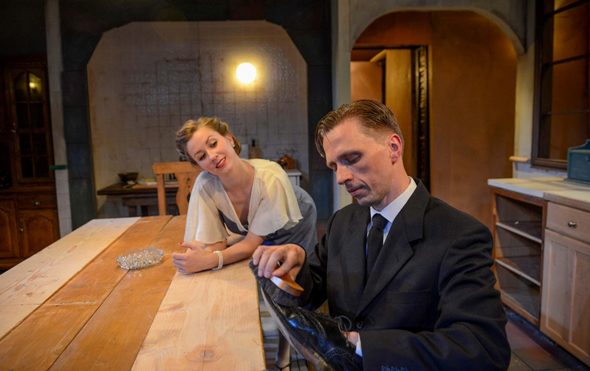 Sixth in a series of season previews: After 25 years at a popular location, Strawdog exits with a seven-play finale on its Main Stage and in cozy Hugen Hall – and begins search for a new place to call home.

Strawdog Theatre’s 2015-16 season is the last hurrah at its old home up the well-worn stairs on Broadway in the Lakeview neighborhood. While redevelopment will force Strawdog to relocate next year, the season at hand finds the 28-year-old company in peak vigor with plans for seven shows in two full-fledged series.

Of the four productions on the main stage and three in the company’s intimate Hugen Hall bar area, three are world premieres. 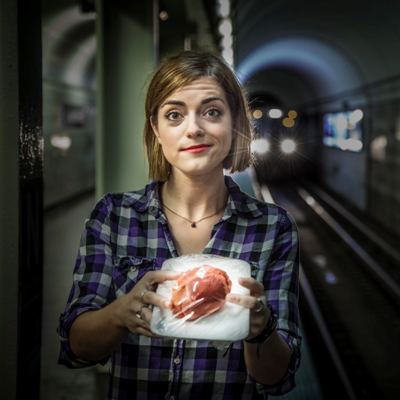 Strawdog’s season opens with “After Miss Julie,” Patrick Marber’s re-imagining of Strindberg’s “Miss Julie,” an 1888 study in the sexual politics of master and servant, revelatory in its day. The U.S. premiere of Julie Lederer’s “With Love and a Major Organ,” which gives new meaning to giving your heart away, leads off the Hugen Hall lineup.

The new show on Strawdog’s main stage is young San Francisco playwright Lauren Yee’s “In a Word,” about a woman struggling to keep her life together after her son mysteriously vanishes. This “rolling world premiere” will be shared with other selected U.S. theater companies that participate in the cooperative National New Play Network.

“Lauren Yee is a great writer with a skill for accessing the psychological in a way that’s rarely seen on stage,” says Strawdog artistic director Hank Boland.

Two world premiere adaptations also will  be presented in Hugen Hall. “Robin Hood and Maid Marian,” based on Alfred Lord Tennyson’s “The Foresters,” will be performed by Forks & Hope, a small Chicago troupe that specializes in fanciful stagings of family-friendly shows. Also new is Elizabeth Lovelady’s adaptation of  “D.O.A.,” the 1950 film noir about a man who shows up at a police station to report his own murder.

Strawdog’s season closes on the Main Stage with the George S. Kaufman-Moss heart comedy “Once in a Lifetime,” about three vaudeville actors snagged by the lure of the latest California gold rush: talking movies. “It’s a satire of any reach for wealth” says Boland, “and it’s a fun ride.”

And with that, Strawdog and its friends will descend those stairs for the last time.

“We’ve been here for 25 years and we expected to celebrate our 30th season in this building,” says Boland. “We have such a great audience, and this place has become a home away from home for so many people. We’ve always been a company with a home of its own, and we want to keep that kind of energy.”

He said Strawdog will find temporary shelter for next season, then cast about for a permanent new residence. 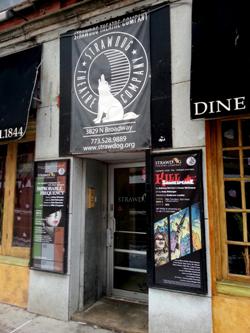 Founded in 1988, Strawdog Theatre Company is located at 3829 N. Broadway in the heart of Chicago’s Lakeview neighborhood. The company’s mission is to develop new works and reimagine the classics, while melding music with theater, asking provocative questions and delivering the unexpected. After 25 years at the Lakeview location, Strawdog must vacate at the end of this season to make way for a redevelopment project. The neighborhood has limited paid parking and is readily accessible by public transportation (via the Red Line Sheridan stop, plus 36-Broadway, 80-Irving Park, and 151-Sheridan buses). For tickets, call (773) 528-9696 or visit www.strawdog.org.