The crowd went freaking wild at the Chicago Symphony Orchestra’s whooping finish to Tchaikovsky’s Fourth Symphony under music director Riccardo Muti on Sept. 25 at Orchestra Hall. And understandably so. What a blazer of a performance. But the greater experience was an utterly magical account of Debussy’s “La Mer.” 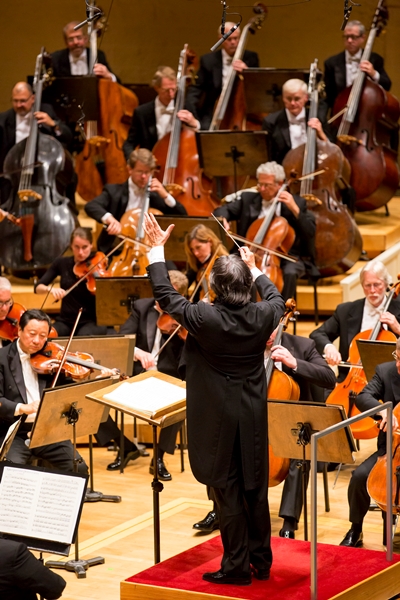 Every concertgoer knows “La Mer,” Debussy’s effervescent triptych of wind and spray on the open sea, and thus there’s a tendency to bring a certain sense of over-familiarity to one more hearing. Another warm bath in all those gorgeous, rolling sonorities. What Muti summoned, however, and the CSO delivered was the thoroughgoing masterpiece that “La Mer” really is, in all its majestic power and shimmering detail.

While Debussy’s tone poem fits the notion, even the ideal, of Impressionism, Muti’s dramatic and yet minutely refined treatment showed the work to be something far more than so much sonorous wash and churn. And this was evident immediately, in the brass-powered waves and string-caressed zephyrs that shape the opening tableau “From Dawn to Noon on the Sea.”

Here, and in the ensuing “Play of the Waves,” Muti also drew exquisite interplay from the woodwind choir in high contrast to potent lower strings and brasses, whose ruminative accompaniment offered a constant reminder of the profound depths beneath these swirling surfaces.

Grandeur and finesse melded in a spectacular turn through the closing “Dialogue of the Wind and the Sea,” in which Muti progressively unleashed the sheer natural force evoked by Debussy’s graphic score. In the end, in the swelling tumult of gale and water, one felt witness to a sublime convergence – a palpable invocation of raging sea made one with irresistible wind, a howling hearth perhaps for Neptune and no place for mere mortals. 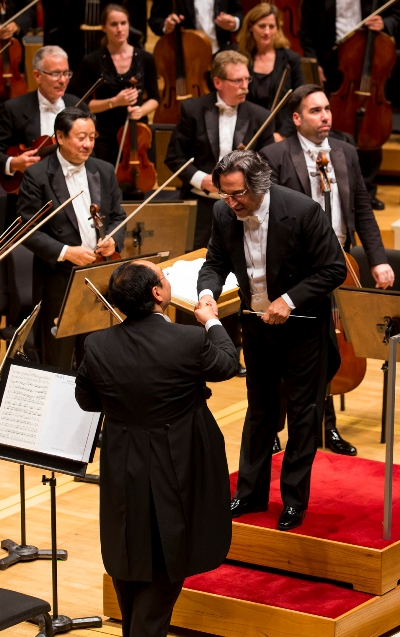 In this direct comparison with Debussy’s imaginative and subtly crafted music, Tchaikovsky’s Fourth Symphony came across as calculated for effect – the work of a brilliant and crafty composer whose greatest symphonies, the Fifth and the “Pathétique,” still lay ahead. The Fourth was Muti’s opening salvo in a season that will offer all of Tchaikovsky’s symphonies.

For all the overt, indeed dazzling, effects Muti elicited from his band of virtuosi – the gleaming fanfares of the opening movement, the scherzo’s sotto-voce pizzicato, the outsized clamor of the finale – it was the quiet moments that really showed what a thrilling ensemble the Chicago Symphony can be in Muti’s hands. The rapid give-and-take among solo woodwinds and the softly contoured phrases for strings brought a stunning aspect of chamber music to an interpretation by Muti that also went boldly for those brassy peaks.

The finale’s peroration was a bravura blood-letting, a ripping climb up a rising mountain of sound whose consummation brought a comparable noise from the audience.

Muti’s curtain-raiser was a Berlioz rarity, his youthful “Waverley” Overture. A lyrically appealing performance pointed up the composer’s already evident conceptual originality and orchestral flair — qualities that would come to fruition in later masterpieces such as the “Symphonie fantastique,” “Roméo et Juliette” and the Requiem.

The concert program will be repeated through Sept. 30, but the Berlioz will be replaced by Mendelssohn’s “Calm Sea and Prosperous Voyage” on Sept. 27 and by Tchaikovsky’s “The Tempest” on Sept. 30.