Tonight’s global celebration of the bicentennial of Giuseppe Verdi birth is to be led by Chicago Symphony music director Riccardo Muti, who considers himself to be the continuation of a direct line to the composer through Arturo Toscanini.

It was Toscanini who played cello in the pit for the premiere of Verdi’s “Otello” and went on to conduct  at Milan’s Teatro alla Scala, created the living tradition that Muti himself inherited when he himself became music director there in 1986 and stayed for 19 years. Now Muti will share that tradition with the world via live Internet streaming, the first ever such project undertaken by the CSO. 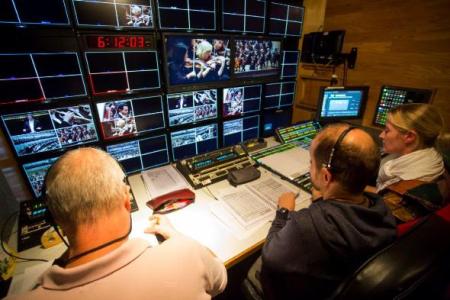 You’ll want to have your finest audio headphones ready.  The composition begins at the threshold of audibility, with muted cellos uttering a singularly beautiful line, graceful, almost weightless, a pianissimo in unison to announce the contemplation of transcendence in the face of death. And, although it does not seem possible, more strings and, subsequently, voices join the audible throng, softer still.

Miss that sound, and you miss the quintessence of Verdi alla Muti, which makes of your ear a seeker. At the dress rehearsal Wednesday for today’s big event, the Chicago Symphony Orchestra and Chorus and a quartet of soloists joined a nine-camera crew, assorted technicians, and an overflow of people who had been turned away for tickets to tonight’s long-sold-out event at Orchestra Hall. When the music started, there was that sense of a collective distillation of effort to hear more deeply. It’s a familiar sensation with Muti, never more intense than when he plies the music of his favorite subject.

Millions of viewers will be able to share this experience simultaneously on web pages like this one, an idea of signal importance to Muti. Tonight’ performance will also be transmitted live to the huge outdoor screen in Jay Pritzker Pavilion at Millennium Park, framed by Frank Gehry proscenium of billowing steel sails, and also at the Benito Juarez Community Academy in the Pilsen neighborhood.

The camera logistics are partially scripted and will be managed on the fly, much as they are for an NFL game or a Metropolitan Opera HD performance, from a command center on location in a semi-trailer truck adjacent to the back lot, with a raft of cables crossing the grounds and a satellite dish tipped to the sky.

“The fact that this Requiem is performed on the day of the birth of Verdi is not a contradiction, because this day is a celebration of the composer,” said Muti in his dressing room several days prior, at a time when he was also preparing Verdi’s opera Macbeth in the Chicago Symphony’s month-long Verdi celebration. “The Requiem is one of the greatest works in all of music. That is why we do it.”

As Muti believes that Verdi’s Shakespearean operas guide the listener toward a better understanding of the poet playwright, so does he also find enlightenment in Verdi’s probing of the sacred text:

“Did he believe or not? Certainly Verdi in the Requiem expresses the desire of all of us, of mankind, to one day have eternal peace. What is this peace, we don’t know, we never know. So Verdi gives us music that is very human. There is no academy, nothing pompous. It is a sort of approach of man to God that is the Italian way.

Yet the soul treads uneasily, a reading that Muti finds in the deep relationship between Verdi’s notes and the words at almost the syllabic level:

“Especially in Italian music, this relationship is very vertical,” Muti says. “That particular word exists in connection with that special sound. It is not like Wagner and other music, where a general atmosphere incorporates the words. In Verdi that word is sustained by that music, and many times the music suggests a hidden meaning.

“The musical phrase with exactly the same words can mean a completely different thing the next time. At the very end of the Requiem, when the soprano sings ‘Libera me Domine,’ it is a question mark. The music is written in such a way as if to ask, ‘Is He going to make free? Is He going to make it easy doing that? Will He do this for me?’ So this is the question, the very human question that belongs to all of us, including the priests. When the priest says, ‘This is My body,’ do you think that every time even the priest may not wonder if it’s true that this is the body of Christ?”

Muti has conducted the Requiem many times in his career of four decades, and recorded it, too, with singers such as Luciano Pavarotti, Renata Scotto, Agnes Baltza and Samuel Ramey, the last of whom will be on hand tonight for introductions prior to the concert. He recorded it, as well, with the Chicago Symphony Orchestra in 2010, and two of those singers — tenor Mario Zeffiri and bass Ildar Abdrazakov — are returning for tonight’s concert.

“My essential view of the music has not changed,” Muti says. “What is different is my life as a human being, with its joys and drama, and so all of this comes out in the performance that I am going to do. But my essential conception is like tree, which grows more and more leaves, but the same roots are there.

“The approach today may be more sophisticated, because I am more mature as a human being and I understand certain aspects of human psychology differently because I was then a young man, and now I am not. So all that experience goes into my music.

“But what I do now is not a contradiction of the past. It is a continuation. My conception comes from a conception very close to Verdi. Toscanini knew Verdi. He had him in his mind and in his brain. That sound that he created as a cellist under Verdi, that was a tradition that continued at La Scala. I come directly from that line, which is the most direct line.”