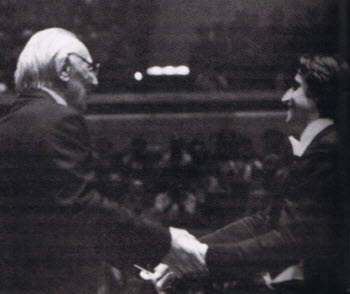 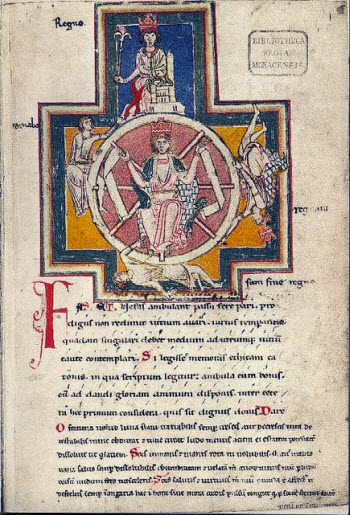 Photo captions and credits: Chicago Symphony and choral forces perform “Carmina Burana” at Orchestra Hall Jan. 26. (Todd Rosenberg) At right: Orff attended a performance of “Carmina Burana” by Riccardo Muti with the Berlin Philharmonic  in 1980. At left: The Goddess Fortuna is portrayed on her wheel in the Medieval manuscript “Carmina Burana.”
Tweet