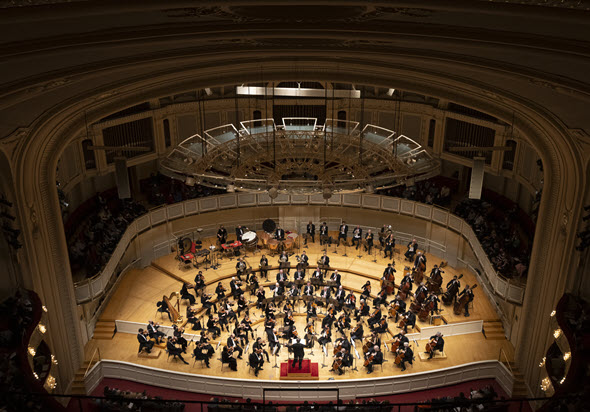 It wasn’t a pops concert. We know that because the Chicago Symphony Orchestra doesn’t play pops concerts. But music director Riccardo Muti does have quite a history of leading New Year’s Day concerts with the Vienna Philharmonic, and the program Jan. 20 at Orchestra Hall looked a lot like one of those. So let’s call it that – a somewhat displaced New Year’s concert by the CSO and a conductor who was in the full spirit of celebratory shenanigans. 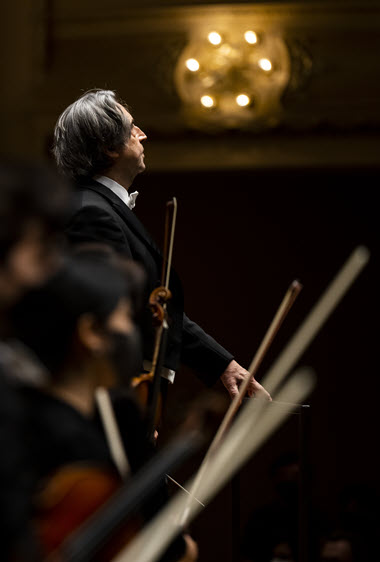 Muti and the CSO offered a light-hearted, New Year-style night.

The night began and ended, respectively, with Emil von Reznicek’s noisily brilliant Overture to his opera “Donna Diana” and Johann Strauss Jr.’s brilliantly elegant “Emperor” Waltz. Between those fell two Tchaikovsky ballet suites, “Sleeping Beauty” before intermission and “Swan Lake” after. Muti apparently felt the need to offer an apologia (in the Latin meaning of defense, not the evolved sense of apology) for the program, which he delivered, mike in hand, before proceeding with Reznicek.

Acknowledging another modest turnout that left many seats bleeding the red of box office losses, Muti first congratulated those present as true music lovers who had braved both Covid and the cold. Then he got to his larger theme, the apologia for leading this great orchestra in basically a full evening of Tchaikovsky ballet music. He made the point that while the music is easy to take in, it is quite exacting and difficult to play – and, moreover, that in these trying times it’s good to have an occasional evening of easy listening. The critics might prefer “deep,” he said, but deep can also just put listeners to sleep.

And therewith he plunged into the blazing orchestral fray of “Donna Diana.” This was going to be a light night, which the rarely encountered cuttings from “Sleeping Beauty” confirmed. That it was honestly, even generously intended to be exactly that – a Neujahrskonzert der Wiener Philharmoniker in Chicago – quickly became clear in Muti’s droll mugging directed sometimes toward the orchestra, sometimes toward the audience. He was having fun. The orchestra, which sounded fabulous, was having fun. The hardies in the house were obviously into it, as well.

Apart from the grand waltz that capped this “Sleeping Beauty” pastiche, the “difficulty” of the music perhaps exceeded its allure. Tchaikovsky the master craftsman was not at every moment at his most imaginative here: I don’t think it was the depth of “Sleeping Beauty” that induced my somnolence. 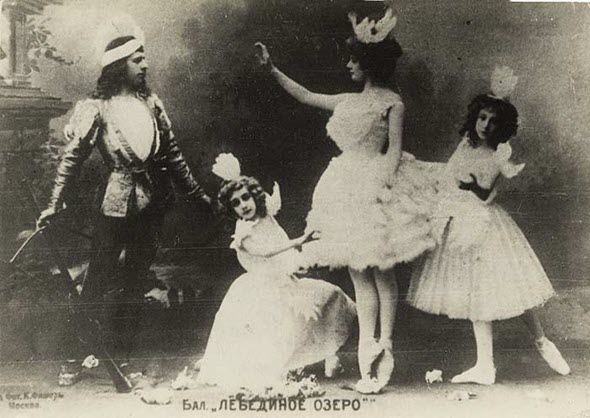 Never out of the repertoire, “Swan Lake” is seen here at the Bolshoi in 1901. (Wiki)

From the outset of  “Swan Lake,” however, I was wholly engaged and fascinated. Here was Tchaikovsky in top creative form, a stream of clever and fetching ideas tumbling one after another and everywhere the composer’s command of the orchestra and its colors on splendid display. 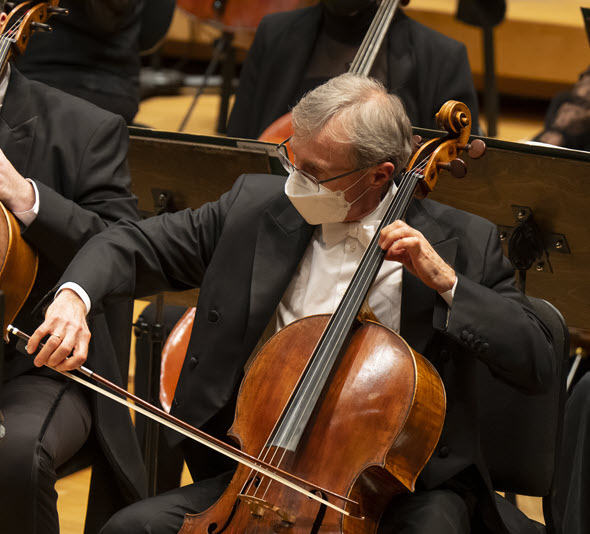 Among key soloists of the evening who added sparkle, principal cellist John Sharp.

Concertmaster Robert Chen and principal cello John Sharp joined guest harpist Katherine Siochi, principal of the Kansas City Philharmonic, in playing of radiant intimacy, and the final sequence of character pieces – Czardas, Spanish dance, Neapolitan dance, Mazurka – showed off the CSO’s virtuosity front to back. Principal trumpet Esteban Batallán unleashed an electrifying solo in the Neapolitan dance.  Across that famous series of dances, the CSO strings, winds, brasses and percussion cycled through the spotlight in a parade of spectacular playing. 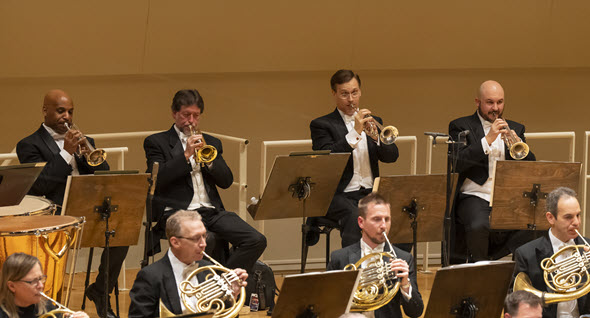 But the ne plus ultra came at the night’s conclusion with Strauss’ “Emperor” Waltz. Muti went straight for the Vienna Philharmonic’s native sound, a melding of opulence and finesse spooned up in fluid rhythms and elongated phrases. They don’t call it Schlagobers (whipped cream) for nothing. Here Muti also sported openly with the orchestra, all the while eliciting the most precise musical responses. Great fun. Deceptively difficult.  And, yes, deep. Deliciously deep.