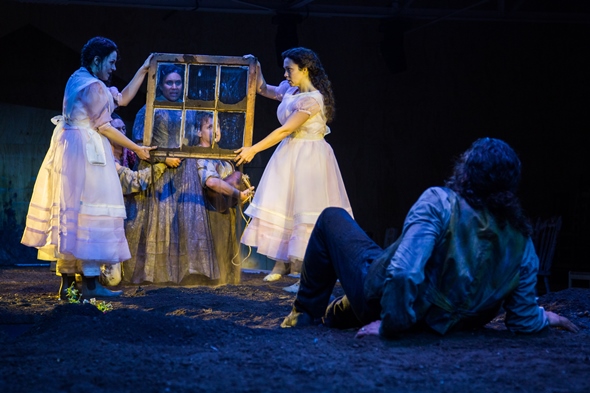 Lyric Opera of Chicago has cast outgoing music director Andrew Davis in a starring role through the 2020-21 season announced Feb. 12. Besides leading three productions, including Mozart’s “The Marriage of Figaro,” the opera in which he made his Lyric debut in 1987, Davis will conduct a special performance of Beethoven’s Ninth Symphony with the Lyric Opera Orchestra and Chorus.

The Sept. 17 opening night double bill of Mascagni’s “Cavalleria rusticana” and Leoncavallo’s “Pagliacci” will also offer Lyric patrons their first glimpse of completely redone seating throughout the house. The summer-long replacement project, which promises improved sight lines, will reduce the auditorium’s current seating capacity to 3,276 from 3,563. At the request of the project’s anonymous funder, Lyric declined to reveal the cost. 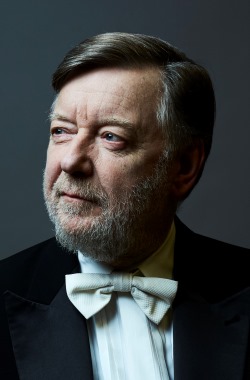 The 2020-21 series also includes the U.S. premiere of British composer George Benjamin’s “Lessons in Love and Violence,” a Lyric co-commission with several other opera companies. Davis will conduct this 90-minute political thriller.

Three more evergreen favorites in prospect are Puccini’s grand tragedy “Tosca,” Saint-Saens’ biblical epic “Samson and Delilah” and Donizetti’s comedy “The Elixir of Love.” Capping off the regular season will be Stravinsky’s “The Rake’s Progress” as Davis’ valedictory enterprise – though at a press conference announcing the new season, Lyric general director Anthony Freud said Davis already is booked to return as a guest conductor starting in 2021-22.

Continuing its highly popular series of late spring, season-crowning musicals, Lyric will offer “Singin’ in the Rain” in a production from Paris’ Théâtre du Châtelet, the source of previous Lyric musicals including “The King and I” and “My Fair Lady.”

Another fixture of Lyric Opera seasons, a solo recital spotlighting a celebrity artist, will be renewed in 2020-21 when soprano Christine Goerke – the Brünnhilde of the Lyric “Ring” cycle that reaches its consummation this season – steps forward in a program of song. “As thrilling as it is to hear her magnificent voice soaring over Lyric’s orchestral forces,” said Davis, “it will be splendid to experience Christine’s exceptional artistry in the relative intimacy of a recital.” She will be accompanied by pianist Malcolm Martineau. 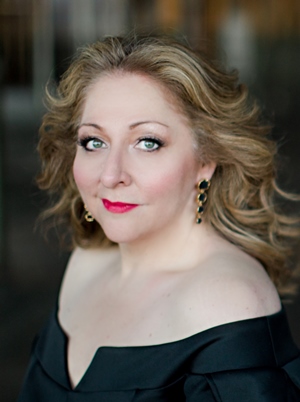 Soprano Christine Georke, who sings Brünnhilde in Lyric’s “Ring” cycle this spring, will present a solo recital in the 2020-21 season. (Arielle Doneson)

The 2020-21 season also marks the beginning of the Joffrey Ballet’s residency at the Lyric Opera House. In the initial seven-year “rental” arrangement, the Joffrey will act as an independent presenter, though its alliance with the Chicago Philharmonic will end and the Lyric Opera Orchestra will become the ballet’s accompanying ensemble. Lyric will continue to use other dancers for its opera productions, Freud said.

In the opening night’s double bill, Elena Pankratova stars as the loved and discarded Santuzza in “Cavalleria rusticana,” with Brian Jagde as her fickle lover Turiddu and Ambroglio Maestri as Alfio, who seeks vengeance when Turiddu takes up with his wife. The companion “Pagliacci,” about a traveling troupe of actors and, again, violent reprisal for faithless love, brings Evgenia Muraveva as the straying Nedda with Russell Thomas as her cuckolded husband Canio, who as the clown Pagliaccio muddles slapstick with deadly truth. Carlo Rizzi conducts. (Sept. 17-Oct. 10)

Benjamin’s “Lessons in Love and Violence” follows (Sept. 27-Oct. 9). This “political thriller” takes place in a contemporary totalitarian state. The king’s wife, Isabel, is having an affair with Mortimer, a key military commander, while the king has a male lover, Gaveston. Isabel and Mortimer conspire to murder Gaveston and to overthrow the king. Observing the actions of the older generation, the teenage children of the ruling couple learn about both love as a commodity and the usefulness of violence, with terrifying consequences. Davis will conduct.

“Tosca” (Nov. 7-29) stars Lyric favorite Sondra Radvanovsky in the title role of the opera star caught up in the political turmoil swirling arund her lover Cavaradossi (Joseph Calleja) and the powerful, unscrupulous and lustful Scarpia (Russell Thoms). Giampaolo Bisanti is the conductor.

Verdi’s “Attila” continues a five-opera series of the composer’s early works under the baton of Lyric music director-designate Enrique Mazzola. “Attila,” which hasn’t been seen at Lyric in two decades, deals with the infamous 5th-century Hungarian warrior-ruler – “the scourge of God” – and his final downfall.  In his pursuit of conquest, Attila (Dmitry Belosselskiy) kills the father of Odabella (Tamara Wilson), who lives only for revenge. And with the help of her beloved Foresto (Matthew Polenzani) and the Roman general Ezio (Nicola Alaimo) , she finally gets her wish. 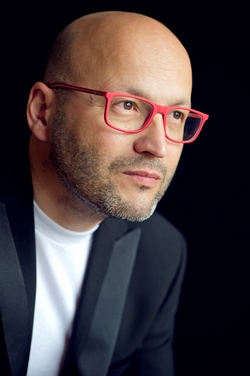 Lyric takes its audience to Chicago Shakespeare Theater’s newest space, The Yard, for Missy Mazzoli’s “Proving Up” (Jan. 16-23, 2021). An examination of the American dream, the opera explores whether regular, hardworking people are able to fulfill their destiny – and what happens when fate is cruel and their dreams descend into nightmares. The haunting story of Nebraska homesteaders in the 1870s and their dream of “proving up” to obtain the deed to the land they’ve settled, Mazzoli’s work, with a libretto by Royce Vavrek, draws us into a world where the requirement of a single glass window can shatter the hopes and dreams of a family.

Back on the main stage, “Samson and Delilah” – with its famously calamitous denouement – pairs Clementine Margaine and Brandon Jovanovich in the title roles under the baton of Emmanuel Villaume. (Jan. 23-Feb. 13, 2021).

The season’s comic relief comes in “The Elixir of Love” (Jan. 30-Feb. 14, 2021), Donizetti’s amorous whiff about hapless Nemorino (Matthew Polenzani), who pines for Adina (Rosa Peola) and finds his only hope in an elixir peddled by the quack “doctor” Dulcamara (Nicola Alaimo). In a sense, the production also stars the conductor, Eun Sun Kim, whose meteoric ascent now includes her appointment as music director-designate of the San Francisco Opera. 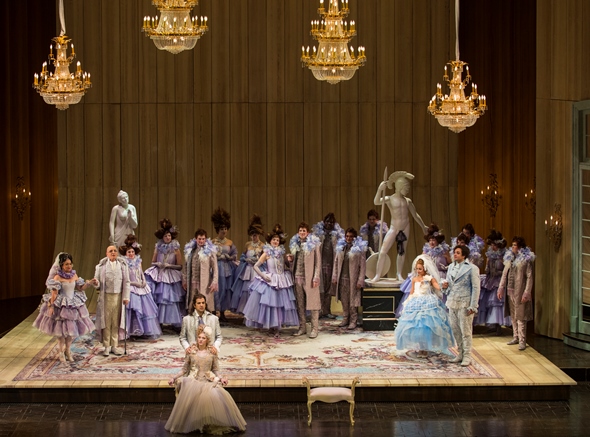 Barbara Gaines, artistic director at Chicago Shakespeare Theater, will direct “Figaro” – Beaumarchais’ serio-comic sequel to “The Barber of Seville” in which Count Almaviva (Gordon Binter) has turned away from his now lonely wife the Countess (Federica Lombardi) even as the servants Figaro (Alex Esposito) and Susanna (Ying Fang) angle for their own wedding.  Kayleigh Decker will sing the trouser role of the young swain Cherubino, who is most inconveniently smitten by the Countess.

“The Rake’s Progress,” inspired by William Hogarth’s early 18th-century engravings, follows the fortunes of impressionable young Tom Rakewell (Andrew Staples) who inherits a fortune and longs for the excitement of London. Leaving the girl he loves (Janai Brugger), he heads for the big city escorted by the devil (Luca Pisaroni), who leads him into a potpourri of temptations and ultimate disaster.

The cast is yet to be announced for “Singin’ in the Rain,” a musical adaptation of the classic Gene Kelly film. The show will have 26 performances June 4-2, 2020-21.