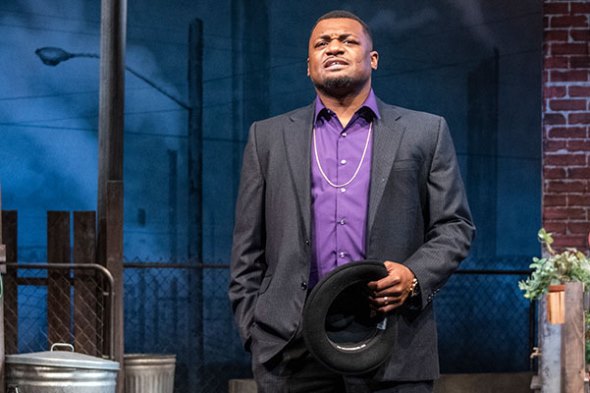 Ask Court Theatre artistic director Charles Newell to sum up the company’s coming season, and he could begin with quite a list of projects, and he does – eventually. But at the top of Newell’s mind is the big, one might say really big, picture. “Artistically, financially, any way you might want to measure it,” he says, “this is the most ambitious season in Court’s history, and the riskiest.”

The company will mount six productions, including the first two installments of an Oedipus cycle that will extend over two years, with Sophocles’ “Oedipus the King” and the Oedipus-themed musical “The Gospel at Colonus” both scheduled this season. Court also will stage for the third time “An Iliad,” a blazing one-man rethinking of Homer’s “Iliad,” but this time at the Oriental Institute, which is celebrating its centennial. The season leads off with August Wilson’s “King Hedley II,” the eighth play to be staged by Court in Wilson’s 10-part, decade by decade portrait of the African American experience – and the eighth to be directed at Court by resident artist Ron OJ Parson.

“Just in terms of sheer numbers of designers and musicians, we’ve never put together a season quite like this one,” says Newell. And in the midst of it all, there’s Agatha Christie’s “The Mousetrap.” Says Newell, with dry understatement: “We wanted to find a different emotional temperature.”