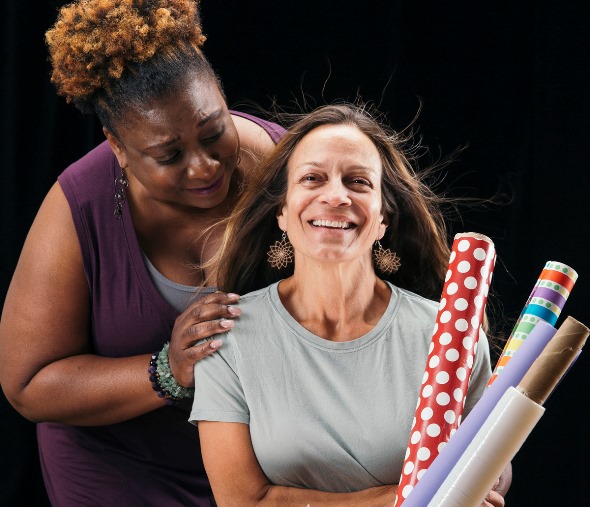 Second in a series of season previews: In offbeat opener, a devout nihilist grapples with an unfamiliar state of mind: happiness.

Sandy Shinner, in her sixth season as artistic director of Shattered Globe Theatre, describes a common thread running through the company’s new season of three plays as “seeing the world in a new way.” One’s personal world, she means, of course: “You think you know where you stand, then something happens and you have to recalibrate.”

Shinner knows very well how Shattered Globe’s bold little band of players stands in its producing home at Theatre Wit, where all three of this year’s shows will be found. She sees the conjoined spaces of Wit and next-door-neighbor Stage 773 as a community of presenters and audiences. “At Theatre Wit, we create from the ground up,” she says, “and it’s just the right size for the intimacy and impact we want to achieve — 80 to 100 seats. We have a stable, solid audience there.”

At the top of the season are the Chicago premieres of Deborah Zoe Laufer’s “Be Here Now,” an edgy comedy about a confirmed nihilist whose peculiar crisis is finding a brighter side to life, and Kevin Artigue’s “Sheepdog,” about the volatile, passionate love affair between two cops, an African-American woman and a white man. Tense relationships and leaps over time, even into the future, fuel the finale, Andrew Bovell’s “When the Rain Stops Falling.”