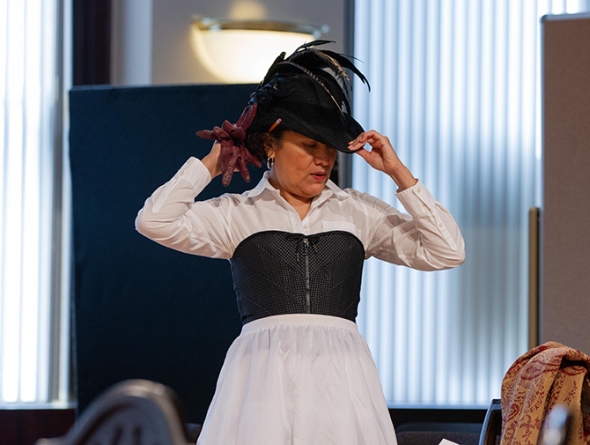 You will recall that that Nora, the unhappy wife in Ibsen’s play “A Doll’s House,” split. Well, Nora is back, in Lucas Hnath’s “A Doll’s House, Part 2,” which launches the winter-spring portion of the season at Steppenwolf Theatre. Meanwhile, a really unexpected dinner guest shows up in Kareen Bandealy’s new play “Act(s) of God” at Lookingglass, and Chicago Shakespeare revisits that unhappiest of princes – ever perched on the existential fence between being and nothingness.

Here’s a fast look at what’s ahead at Steppenwolf, Lookingglass and Chicago Shakes, the final installment in our three-part take on a mid-winter that’s not so bleak beneath the city’s theater marquees.