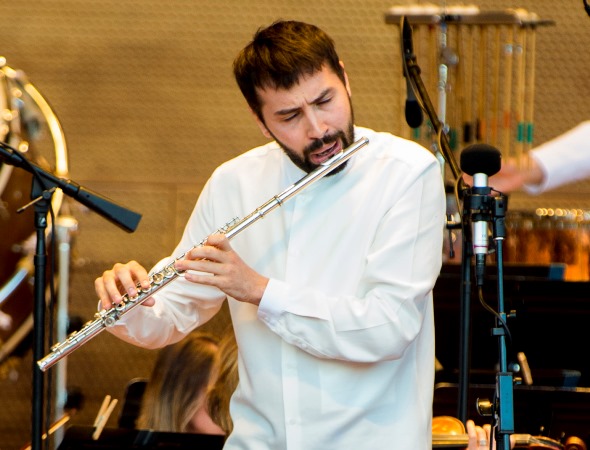 As the Grant Park Music Festival heads into its final June concerts, the Festival Orchestra and conductor Carlos Kalmar are also coming off a midweek performance that – together with the repertoire in prospect June 29-30 – underscores everything that’s special about this free and enormously popular series of summer picnic concerts at Millennium Park.

One might start with Kalmar’s program-building. It is, in a word, delightful – filled with surprises, adventures, discoveries; and put together in clever ways that freshen even the most familiar and beloved masterworks. 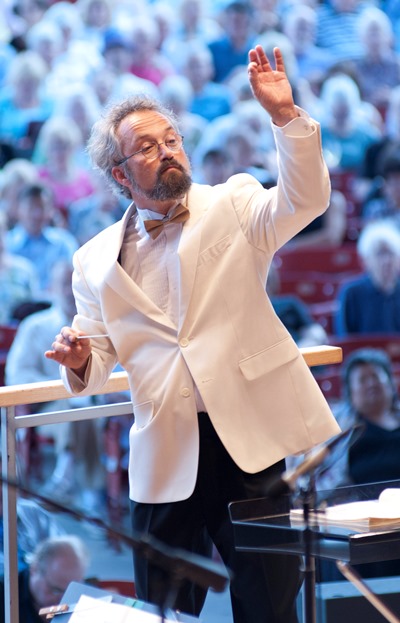 The Grant Park Music Festival mantra well might be: If you play it, they will come. Audiences thousands-strong turn out irrespective of what’s on the program. That bespeaks trust in Kalmar to deliver an interesting, engaging concert. Experience has taught the festival audience that it’s in for a lark on the lawn, no matter what the maestro serves up.

And whatever that may be, it’s going to be smartly played by the orchestra or sung seriously, elegantly, stylishly by the Grant Park Festival Chorus coached by Christopher Bell. The high standard at these concerts belies that fact that they’re free, outdoors and made to feel quite neighborly by Kalmar’s off-hand, witty spoken introductions.

Which brings me back to Kalmar, where it all really begins. Make no mistake, it’s Kalmar’s brilliance that makes Grant Park summer music the consistent pleasure that it is. This genial, even avuncular man is a commanding conductor not to be underestimated. In his unassuming fashion, he’s musically fluent and authoritative over a remarkable range of periods and styles. 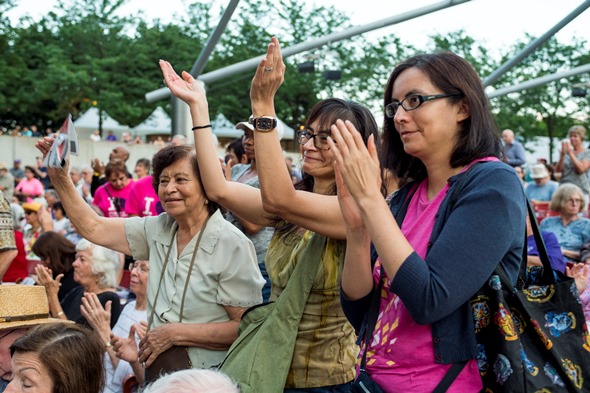 Without an intermission break, Kalmar’s orchestra plunged straight through its program to a buoyant and graceful conclusion with Schubert’s Symphony No. 3 in D. As the work of a 17-year-old, the vibrant and sure-handed Third Symphony places Schubert right alongside Mozart as a musical genius of the highest order. And like the music of Mozart, the young Schubert’s symphony demands playing of immaculate precision and balance. Kalmar’s orchestra nailed both its technical requirements and its esprit – from the seeming collision of Rossini and Beethoven in the opening movement to the Haydnesque earthiness of the minuet to the finale’s free-wheeling romp. It all sounded so effortless – when, in fact, nothing is harder. 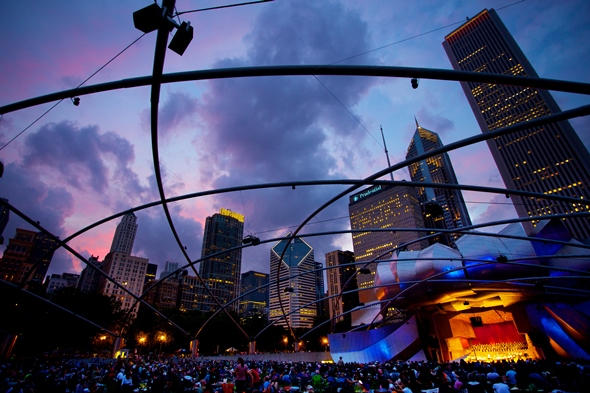 Reminder about restrictions for the Grant Park Music Festival’s concert July 4: Although patrons are generally allowed to bring their own beer and wine for picnicking during performances, for the July 4 concert visitors will not be able to bring alcohol into the park. Beer and wine will be available for purchase at concession tents inside the park.