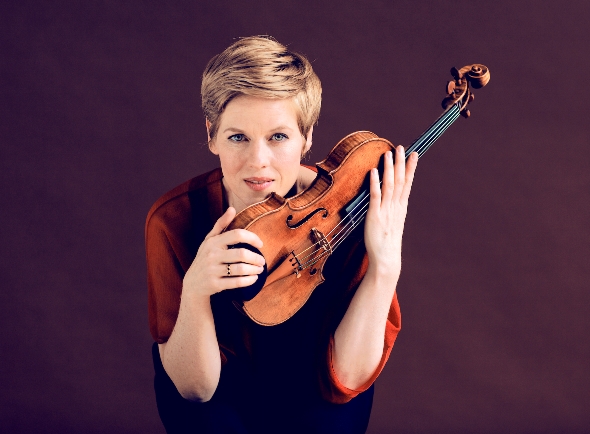 The history of Schumann’s Violin Concerto in D minor is effectively brief and considerably checkered. It was composed in 1853, then put away – by devoted friends of Schumann who considered their action to be judicious – and not resuscitated for another eight decades. The work’s few advocates today include violinist Isabelle Faust, who was the soloist for the Chicago Symphony Orchestra’s very first performance of the concerto on May 11. 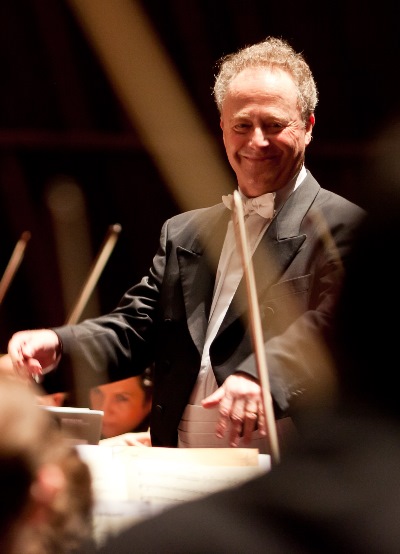 Written at the behest of the legendary virtuoso Joseph Joachim, who would later premiere Brahms’ Violin Concerto, the Schumann is a puzzling work of troubled provenance. Schumann was on the brink of a precipitous mental decline when Joachim proposed the work, and the result – a dazzling composition for the solo instrument set against what might be viewed as perfunctory writing for the orchestra – apparently pleased no one at the time: neither Joachim nor Schumann’s critically astute wife Clara nor their younger friend Brahms.

The ambitious solo part invokes the heady virtuosic demands of, say, Paganini one moment and the transcendent lyricism of Mendelssohn the next. Apart from the slow central movement, which offers a radiant duet for solo violin and principal cello, it seems almost as if Schumann lacked the interest or the energy to fashion an orchestral framework commensurate with the vibrant violin line. In any case, what unfolded from the strings of the CSO under Emmanuel Krivine was plodding, shapeless and largely disconnected from Faust’s animated and authoritative playing. Perhaps the concerto holds no charm for Krivine.

Whether from enthusiasm for the work or from the exhilaration of Faust’s splendorous performance, the audience cheered heartily until the violinist returned to the stage for an encore, the Largo from Bach’s Sonata No. 3 in C. Faust’s ruminative, radiant turn felt rather like a benediction.

Krivine opened the program with a stern, concentrated account of Brahms’ “Tragic Overture,” a concise masterpiece whose dramatic bearing recalls the similarly terse magnificence of Beethoven’s “Leonore” Overture No. 3. This was a performance of sweeping power and dark import, an Olympian drama played out beyond the bourn of words. 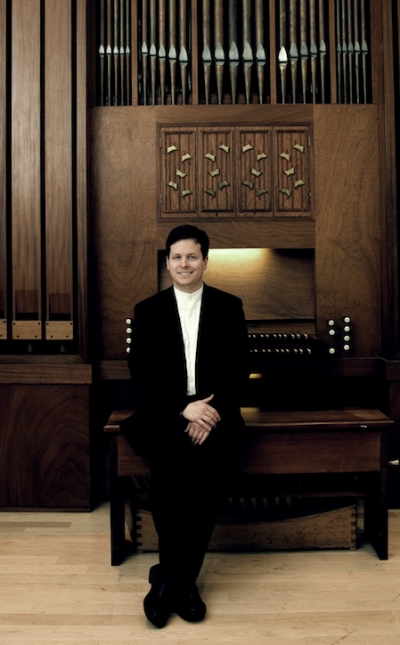 The concert’s second half unleashed – there is no other word for it – Saint-Saëns’ Symphony No. 3 in C minor (“Organ”), with Paul Jacobs presiding over that lion of instruments and Krivine corralling the rest of the menagerie. (How ironic that the composer of “The Carnival of the Animals” also should be the author of this feral delight.)

I’m the first to admit to a lifelong weakness for this exemplar of musical Romanticism in all its opulence and exuberance – like Berlioz’s “Symphonie fantastique,” but without the opium. Saint-Saëns’ grand symphony invited the CSO to spread its wings, unfurl its banners, and have some fun.

To a French maître like Krivine, this is native nourishment, and he led a rollicking, deliciously indulgent performance that allowed the CSO strings and winds to sing and soar. It was also a great opportunity to experience  the CSO’s imperial organ and revel in that sonorous majesty.

Although the organ percolates through much of the piece (basically a four-part symphony divided into two pairs of continuous movements) the lion’s big moment comes at the tumultuous outset of the fourth movement – music fit for a bacchanal (ah, yes, Saint-Saëns wrote one of those, too) that begins at fever pitch and rises from there to a roof-lifting finale.

The crowd went wild. A beaming Krivine then invited Jacobs to throttle back for an encore of Bach’s Fugue in A minor, BWV 543. That formidable display also drew rapturous applause, even if rapture of a more serene order.