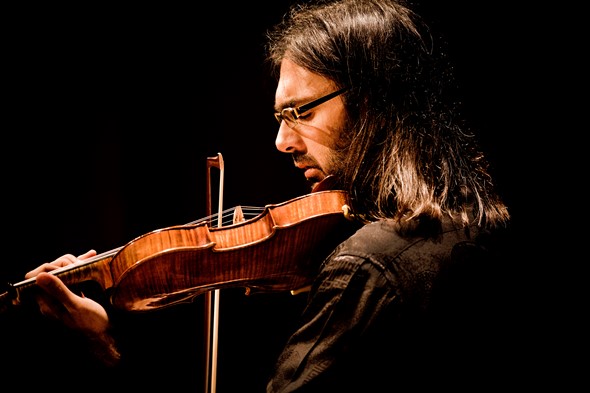 It had been seven seasons since violinist Leonidas Kavakos last appeared with the Chicago Symphony Orchestra, and his spectacular return, as soloist in Shostakovich’s Violin Concerto No. 1 in concerts March 9-11, came as the capstone to a double pleasure extending over two weeks.

The Greek violinist, who runs a chamber music festival in his native Athens, had joined with pianist Emanuel Ax and cellist Yo-Yo Ma in a memorable traversal of Brahms’ three piano trios Feb. 25 at Orchestra Hall. Like that Brahms immersion, Kavakos’ turn through Shostakovich’s wry and brooding concerto revealed a violinist of piercing sensibility and intelligence, to say nothing of unbounded technical means. 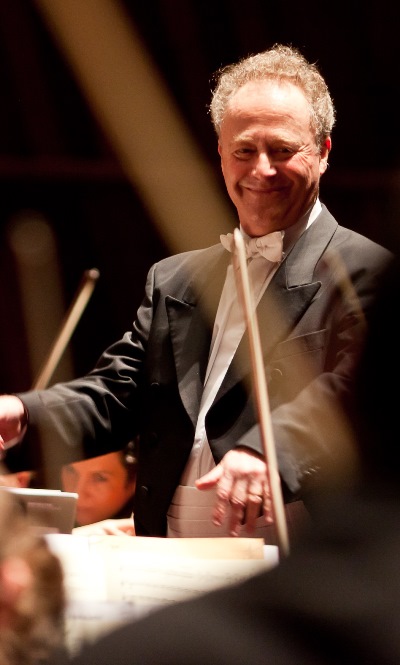 Shostakovich was 42 years old when he completed his First Violin Concerto in 1948. It is the melancholy, even bleak expression of an artist, a Russian, a human being who had lived under the heel and Stalin’s oppression and indeed felt the heat of his wrath.

A decade earlier, Shostakovich had been officially censured for writing “muddle instead of music” in his opera “Lady Macbeth of Msensk.” He regained favor through abject admission of guilt and the atonement of his Fifth Symphony. Now, as he was about to unleash the tormented music of his First Violin Concerto, Shostakovich suddenly found himself attacked and condemned a second time. He shelved the concerto, which would not see the light of day until after Stalin’s death in 1953.

Kavakos, who is 50 years old, brought to Shostakovich’s searing music the empathy of a man and artist who has lived long enough in this world to know the fullness of its beauty and its pain. The concerto is laid out in four movements: slow-fast-slow-fast, with the dark essence of its ruminative drama rooted in the first movement and elaborated through the contrapuntal rigors of a passacaglia that forms the third.

Mesmerizing as Kavakos’ playing was in the work’s somber opening chapter, that concentration, and indeed that finely graded inflection, seemed to be taken to another level in the sorrowing rhapsody of the third movement. In both of those episodes, and in the bizarre irony of the scherzo that divides them, the violinist enjoyed a closely attuned partnership in conductor Emmanuel Krivine and the Chicago Symphony. 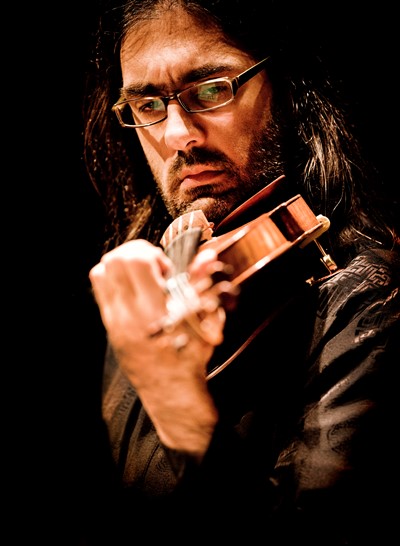 But the performance peak came at the close of the third movement, in a long soliloquy of a cadenza that gives way to the ironically skewed exultation of the finale. Spinning out the cadenza’s taut, dark thread, Kavakos took the listener to another place, plausibly to the very heart of the composer. It was an arresting moment, sustained and suspended, at once sad and glorious.

Kavakos responded to a rousing ovation with an encore that might have been taken as an epilogue to Shostakovich’s concerto: a fifth movement, as it were, again quite slow, but this time luminous and transformative – the Andante from Bach’s Violin Sonata No. 2 in A minor. Here, Kavakos’ playing was pure radiance, the profusion of double stops suggesting a heavenly choir, the tempo prayerful.

Krivine opened the concert with a Russian preface to the Shostakovich concerto – the richly textured but quiescent Prelude to Mussorgsky’s opera “Khovanshchina,” orchestrated by Rimsky-Korsakov. And to set the stage for Debussy’s “La mer,” which crowned the concert, Krivine and company offered a brilliant and sensuous account of Berlioz’s “Royal Hunt and “Storm” from his opera “Les Troyens.”

“La mer” set a worthy cap to an altogether impressive showing by Krivine, a French conductor in the maturity of his career who made his CSO debut only last season and should be seen regularly in seasons to come. From the Chicago Symphony, Krivine elicited all the spray, wind, surge and splendor one might wish for in Debussy’s evocation of an authentic force of nature.