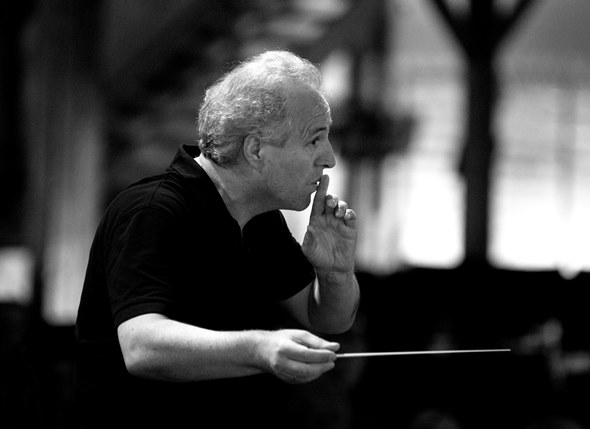 For the second time this season, conductor Manfred Honeck has ascended the podium of the Chicago Symphony Orchestra to shed new light on a major work that is oh so familiar. Back in November, it was Schubert’s “Great C major” Symphony. This go-round, it’s Mahler’s Fifth Symphony that Honeck explores as if wired into the composer’s creative mind. 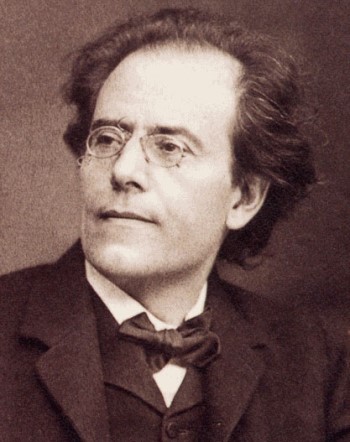 In every way of reckoning, his Symphony No. 5 in C-sharp minor, composed in 1900-01, stands at the pivotal center of Mahler’s stylistic evolution. Determined to turn away from the folksy idiom of his first four symphonies, Mahler said of the Fifth that it was written in a new language. One might reasonably say it represented as radical a turn for him as the “Eroica” did for Beethoven.

It’s also true that echoes of Mahler’s musical past, indeed of his cultural past, persist within the high drama and technical rigors of the Fifth Symphony. It is a astounding work of art, at once sweeping and intimate, tragic and exuberant, songful and almost mathematically objectified. All of that played out in Honeck’s concept of the music, and in a stupendous performance by the Chicago Symphony, on Jan. 25 at Orchestra Hall.

Mahler fashioned the 72-minute symphony in three grand episodes: An extended opening dirge leads to an emotionally stormy second movement to form the first part. At the mid-point falls a huge, riotous scherzo. Perhaps the composer’s most famous music, the tender Adagietto – scored only for strings and harp – serves as preface to the true finale, a monumental flight of counterpoint worthy of Bach that sweeps up to brilliant consummation in D major. Comparison with the “Eroica” is hardly a stretch. 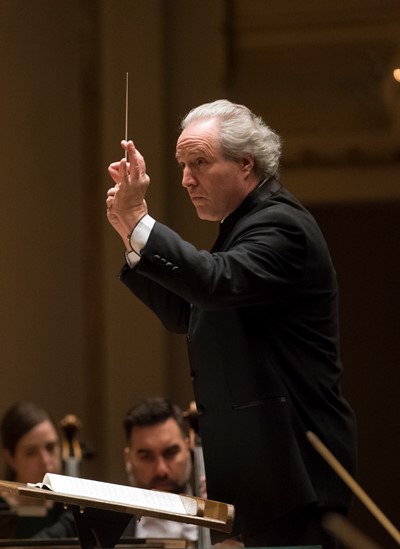 While the Fifth can be quite imposing in its broad outlines, Honeck, music director of the Pittsburgh Symphony, constantly brought the tumultuous music to personal scale, casting into high relief the delicate – often whimsical – interplay of solo winds. The conductor also put subtle shifts in tempo to expressive effect, notably in the funereal opening movement and the surging music that ensues.

The scherzo was a wry delight, careening and sparkling – and deceptively disciplined. Then, amid the hurly-burly came the Adagietto, made lustrous and bittersweet by the CSO strings, a brief and radiant pause far from the weight and pressure of daily life.

As for the staggering last movement, one must tip the cap to any ensemble that can bring such expressive nuance to all that has gone before and then muster both the concentration and the physical strength to climb one more, still higher mountain. Honeck’s ear for detail was uncanny, the orchestra’s delivery electrifying.

What to pair with music of this scope and intensity? More often than not, the Fifth Symphony is programmed with the Classical balance, concision and transparency of Mozart, and so it was here: Piano Concerto No. 25 in C major with Austrian pianist Till Fellner and a chamber-size version of the Chicago Symphony. 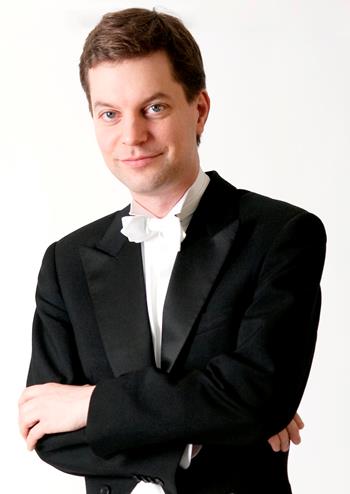 The 25th Piano Concerto is an intriguing work, at 30 minutes the longest of Mozart’s keyboard concertos and arguably the most symphonic. While it has a dramatic feel, one doesn’t sense the pervasive aura of wordless opera that touches many of Mozart’s piano concertos. The keyboard part is virtuosic, yet the concerto is conversationally balanced between soloist and orchestra.

Fellner, an Austrian like Honeck (and Mozart!), displayed an easy grace and singing line that affirmed the DNA of the composer of “The Marriage of Figaro” – which in fact Mozart wrote in the same year as this concerto. At the same time, there was a pre-echo of Beethoven in Fellner’s forthright, well-muscled playing. Honeck and his 18th-century-size ensemble proved excellent collaborators, sure and elegant and joyful.