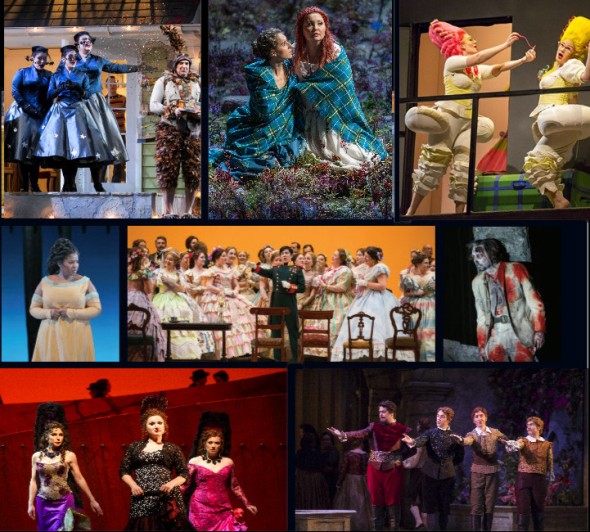 Report: Nearly 300 artists have received training at the Lyric Opera of Chicago’s Ryan Center. Class of 2017 is ready to say goodbye.

They were everywhere onstage all season, and seven of them are taking their final bows. It’s time to cut the cake for seven gifted young artists who are emerging from the Lyric Opera of Chicago’s high-level Ryan Opera Center multi-year training program. The “Rising Stars in Concert” concert at the Civic Opera House on April 1 marked a significant rite of passage for those venturing forth into the professional realm, auditions planned and some bookings already in hand.

You may have glimpsed all 14 Ryan Center singers in colorful supporting roles (a sampling on view above), and those who depart will make room for a batch of promising newcomers, soon to arrive. Ryan Center artists will spend at least a year, and as many as three, learning the ropes from experts with a proven track record for nurturing tomorrow’s leading men and women of the opera stage.

Soprano Susanna Phillips and tenor Matthew Polenzani, among many opera singers of note, passed through the program at Lyric’s Ryan Center (officially the Patrick G. and Shirley W. Ryan Opera Center, after its major sponsors). The length of the customized training is determined for each artist individually, according to the program’s music director, Craig Terry, who often performs with the artists as a collaborative pianist. 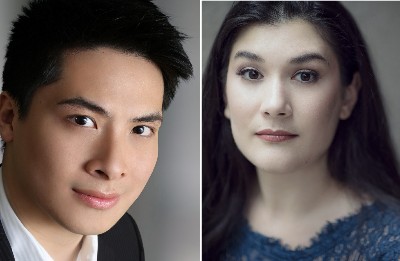 Some singers come into the program well advanced already, in search of further polishing: Mezzo-soprano Annie Rosen and tenor Mingjie Lei are both peeling off after two years — Rosen is headed to the Wolf Trap Festival this summer and then to Montreal for a recording of Bernstein’s “A Quiet Place.” Lei was tapped last summer for the Salzburg Festival and seems ready to make his way. But some voices mature late and benefit from ample time to develop.

“A good example of somebody who benefited from the full period here is (tenor) Jesse Donner, who’s just completing his third year,” said Terry, himself the product of a similar program at the Metropolitan Opera — the Lindemann Young Artist Development Program. “Jesse came to us from the University of Michigan and we thought he was a wonderful raw talent who needed work in every aspect. He had very little stage experience – he had switched to tenor from baritone recently and he had only done one role as a tenor ever! 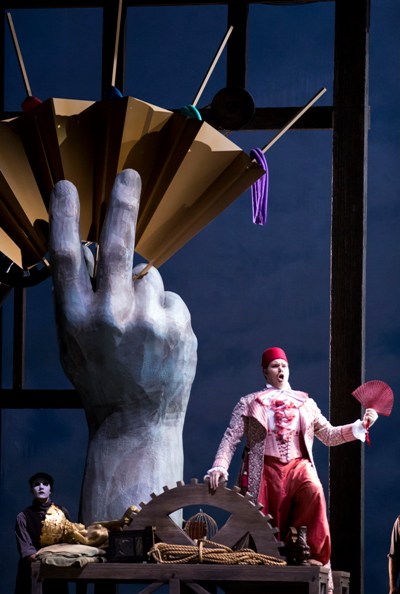 “And in the three years Jesse has been here, all of a sudden the top opened up and has a high C he can use. This season he performed as Froh (one of the gods, brother of Freia) in Wagner’s ‘Das Rheingold.‘ That is the kind of progress we hope for, somebody who works really, really heard, grows as an artist and becomes more beautiful in his singing.”

Froh is often assigned to a heroic tenor voice – or Heldentenor – in the making. Heldentenors are quite rare and typically in demand for Wagner roles, but without careful training for stamina, the voice can be damaged. This is where a wise path of development is critical, Terry said: “All of us at the Ryan Center, along with (Lyric general director) Anthony Freud and (Lyric music director) Andrew Davis, are constantly evaluating everyone, monitoring how to get people to the next level – what things will help them grow, what repertoire suits them now. If we give them a role, we want them to feel confident they will be able to walk onstage and sing it full voice.” 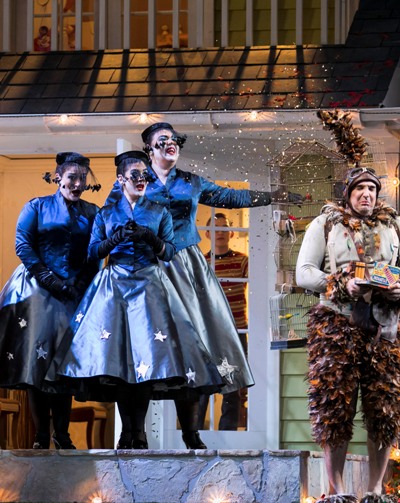 Contralto Lauren Decker, heading into her second year, is on such a path. She recently received her second encouragement award from the Metropolitan Opera’s regional auditions, “but she had very little training when she came to us,” Terry said. “She had never actually sung an entire role. But her voice is so impressive and big and beautiful in the theater that we realized she is just at the beginning of what she will ultimately be able to do.” Decker sang the Third Lady in Mozart’s “The Magic Flute” this season and she is probably headed for beefy low-contralto roles such as Wagner’s Erde as her sizable voice matures.

Terry is in a position to gauge such progress closely; he works with an expert team of vocal and foreign language instructors, acting and movement specialists, performance psychology and career consultants, and influential artists with connections at the very top of the profession, such as soprano Renée Fleming, Lyric’s creative consultant. And for 11 seasons Terry has also been Lyric’s assistant conductor, helping the singers prepare for their main-stage performances on a daily basis.

It is likely they will all be onstage at some point in the 2017-18 season. For Lyric’s “Carmen,” which recently closed, the four gypsies and smugglers who joined Carmen for the famously virtuosic Act II quintet were all Ryan artists. They did a beautiful job — soprano Newman, mezzo-soprano Metzger, tenor Lei and baritone O’Hanlon. “And that is what we want,” said Terry, “that they should be able to share the stage with a great singer like Anita Rachvelishvili (in the title role) and feel comfortable.”