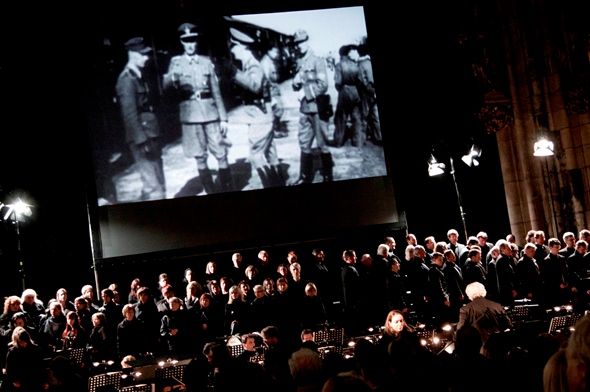 Author and conductor Murry Sidlin began creating the music-film-narration event “Defiant Requiem: Verdi at Terezín” upon discovering an astonishing fact about the Nazi concentration camp Theresienstadt, also known as Terezín. A large percentage of the prisoners in the camp in occupied Czechoslovakia were artists and intellectuals. 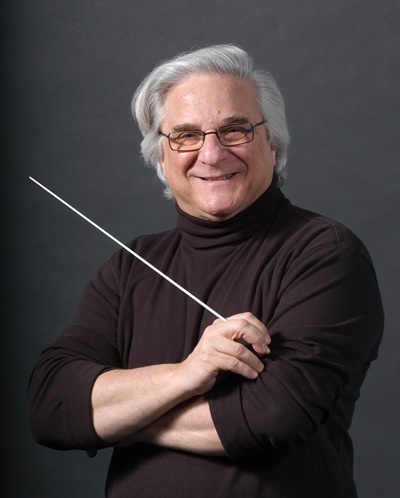 “There were hundreds of lectures given in the camp, over 300 of them about literature,” Sidlin said by phone from his home in Washington, D.C. “And they organized a thousand concerts. A thousand! Opera scenes, even some complete operas, cabaret – some of the greatest cabaret artists in Europe were in Terezín. There was even a new-works workshop with 20 composers writing new music.”

Among the many concerts performed at the camp were 16 performances of Verdi’s Requiem, the focus of “Defiant Requiem.” The multimedia work with orchestra, chorus, vocal soloists, narrators and film clips will be presented March 23 at Orchestra Hall.

The original Verdi undertaking was the personal project of a prisoner named Rafael Schächter, a Romanian composer, pianist, and conductor with a degree from the Janáček Conservatory in Brno. Because he had only one score of the Verdi masterwork, he taught it to his fellow musician-prisoners by rote. 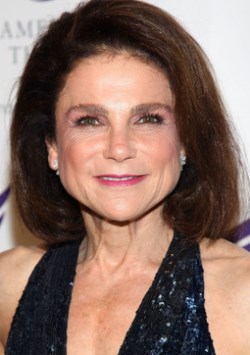 In grim fact, Terezín served as a transfer point for prisoners before they were shipped to death camps such as Auschwitz-Birkenau. After the first performance of the Requiem, two-thirds of the participants were transferred out of Terezín. But new prisoners were constantly brought in. “Schächter had to start over and teach the Requiem to a whole new group,” said Sidlin.

“You might wonder why these Jews would want to perform a piece that is essentially from Catholic worship,” Sidlin said. In fact, that question came up at the time. “Schächter was told by elders in Terezín, ‘How dare you perform a Catholic requiem? This is insulting, and it will cause discord, which could then put us all in danger.’” But Schächter was determined to do it anyway. According to Sidlin, survivors remember him saying to the choir, “We must sing what we cannot say. We must respond to the worst of mankind with the best of mankind.”

So fascinated is Sidlin by this controversy between Schächter and the elders of the Terezín community that he has written a play about it. “Mass Appeal – 1943″ will be premiered at the Czech Center in Manhattan during the summer of 2017.
A major factor in convincing musicians to perform this work in the camp was the way Schächter re-interpreted the text. Sidlin cited some examples. “When you sing ‘Dies irae,’ Day of Wrath, and you’re Catholic, you probably think of that as God’s wrath against you. But a Jew could think of it as God’s wrath against the Nazis.” Likewise, prisoners took comfort in the line “And nothing shall remain unavenged.” As Sidlin put it, “Everything in the Mass could be redirected to have some meaning to the prisoners.”

Sidlin’s purpose in creating “Defiant Requiem” was “to illuminate the legacy of Terezín.” That is why he built what he calls a “concert-drama” around a complete performance of Verdi’s Requiem. “That piece has to be the second most popular oratorio, after the Messiah,” he said. And therefore, he hoped it would make a good vehicle for carrying his message. Interspersed between the movements of the Verdi are narrations, which Sidlin wrote himself. To ensure they were accurate depictions of events, he asked survivors to read through them as he drafted the piece. 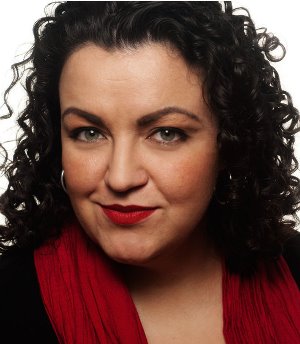 “Defiant Requiem” also includes a selection of film clips with a chilling history. The Nazis used Terezín to show the world that they weren’t mistreating the Jews. And so they built a faux version of the camp.

“They gussied it up with nice houses, shops, and even a bank,” Sidlin said, “when in reality it was a prison with unspeakable filth and infestation, where people worked until they dropped dead or were shipped out to death camps.” The Nazis used the whitewashed version to make a documentary called “Terezín: Führer Gives the City to the Jews.” About 24 minutes of the original film survive, plucked from a fire by Russian forces freeing Terezín. A few minutes of this footage will be interspersed into the Requiem.

After premiering “Defiant Requiem” in 2002, Sidlin began raising funds for a documentary of the same name. The 2012 Emmy-nominated film, which Sidlin describes as a primer on Terezín, features narration by Bebe Neuwirth and clips of survivors recalling the horrors of the Nazi camp and the wonders of the music they made so defiantly. (You can view the trailer here.)

As one survivor interviewed in the documentary puts it, “This music, this Verdi Requiem, put us all into another world. This was not the world with the Nazis. This was our world.”

Besides the March 23 performance in Chicago, “Defiant Requiem” has several dates planned in North America this year: April 20 in Chapel Hill, N.C.; May 4 in Southfield, Mich.; May 6 – 7 in Detroit; June 2 in Seattle; and June 3 in Tacoma.

Anne E. Johnson lives in Brooklyn and writes fiction and arts journalism. Her website is AnneEJohnson.com.