James Levine, a musical soul for all ages, appears before the CSO and it’s all poetry 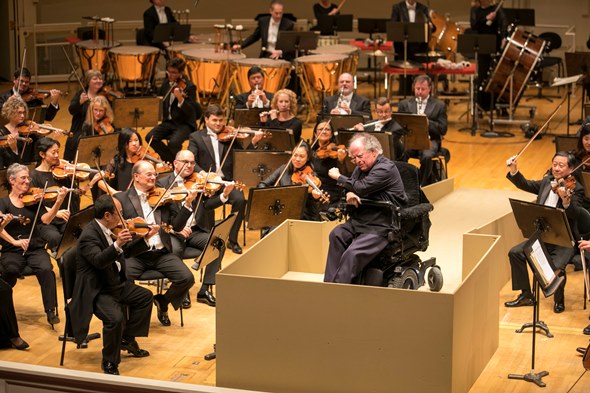 Celebrating his splendid Indian summer, James Levine rolled up a long ramp to a custom-designed maestro’s podium at Orchestra Hall, took a hi-hello spin, and settled into a love-fest with an orchestra he has known since the ’70s, starting with some absolutely irresistible Mozart.

The very next night, with strains of the Chicago Symphony’s performance of Mozart’s “Paris” Symphony still ringing in my ears, I found myself in New York at the Metropolitan Opera – a house that is defined by Levine’s leadership of the last 40 years – listening to the orchestra that Jimmy built, playing yet more Mozart, albeit under another conductor, with the same fleetness, indefatigable sparkle and fullness of sound. 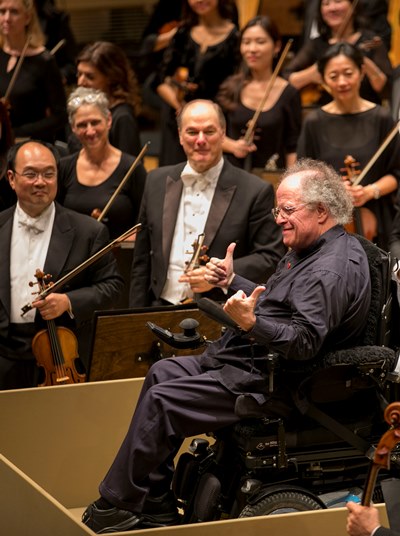 It is impossible to overstate the importance to American culture of this brilliant musician born in Cincinnati, Ohio, in 1943, and who is still, despite physical infirmity, capable of unforgettable nights of music when conditions are right.

Even as the course of classical music in mid-20th century America was defined by Leonard Bernstein (Levine’s elder by 25 years), the ascendancy of the Metropolitan Opera, with its thorough assimilation and Americanization of international style, has been driven by the single-minded devotion and generous cultivating spirit of James Levine. It is Levine’s unsurpassed Met legacy for which he will be most remembered in international circles, but of course he was also influential in the development of the Chicago Symphony, helming its summers at the Ravinia Festival for 20 years beginning in 1973.

Really, it doesn’t matter what piece of classical music you choose from among composers of Levine’s generation or older – his name is going to come up on the short list of preferred maestros to conduct it.

Case in point: The Chicago Symphony program included – in addition to the “Paris” Symphony and an all-time great rendition of “Take Me Out to the Ball Game” in honor of the Cubs – Berlioz’ “Symphonie fantastique” and Schoenberg’s Five Pieces for Orchestra. It’s a wide stylistic stretch from Mozart’s cutting edge classicism to French flamboyance at its most psychedelic to the fearless atonal shock of the Second Viennese School. Yet in the hands of Levine and the CSO, all three pieces sounded strikingly fresh and went instantly to the top of my list of best performances ever. 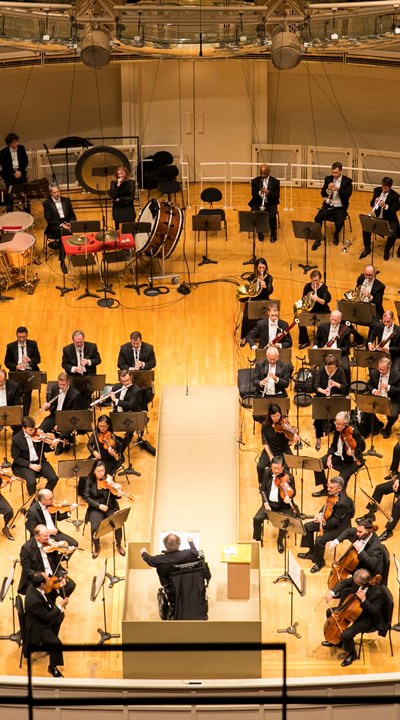 For many listeners, Schoenberg’s music is a suspect foreign label, but for Levine, it’s just great music. Tutored in his early years by Walter Levin, first violinist of the LaSalle Quartet, which was located in Cincinnati and made early recordings of the Second Viennese School (Schoenberg, Berg and Webern), Levine has always expressed this music as if it were native tongue. His conducting of Berg’s “Wozzeck” in 2014 at the Met is seared in my brain, its juxtaposition of innocence and ghastly expressionistic horror a deeply unsettling psychological fright night for the ages.

At the Chicago Symphony, Levine’s conducting of Schoenberg’s Five Pieces for Orchestra was similarly vivid. The first movement, “Presentiments,” erupted in gnarly and fantastic spasms, as if also from the bowels of the unconscious, while the other movements ranged wide with the composer’s new sonic vocabulary. But no translation was required; intent was absolutely clear.

A favorite memory will be Schoenberg’s middle movement, “Summer Morning by a Lake,” which did indeed convey the sense of a water’s stillness dappled only by the occasional reflective flicker of light. To understand the true measure of virtuosity, as it applies to an orchestra, is to hear the astonishing beauty of the barely audible pianissimo that the Chicago Symphony was able to deliver. 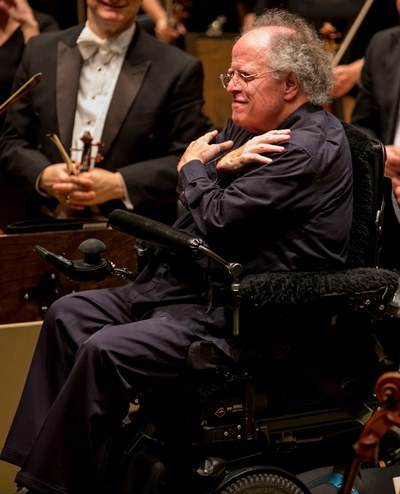 Berlioz’ “Symphonie fantastique,” too, is a work that Levine celebrates without apology. The composer’s unorthodoxies and bursts of excess abound, but Levine, who is a man of the theater at heart, knows how to let things rip without losing control of the arc. He and the CSO made the best case for this work that I have heard in recent history. The performance was dazzling in the whole and in its many bizarrely inventive details. I relished the surprises of color and harmony at every turn.

Because of his physical limitations, Levine’s visits to the Chicago Symphony have been rare in recent years and are likely to continue to be rare. But tell me this is not the last time we can enjoy the work of this orchestra and conductor together. The alchemy is wonderful indeed.