CSO and Muti turn spotlight on principal cello, and flash a thrilla on docket for European tour 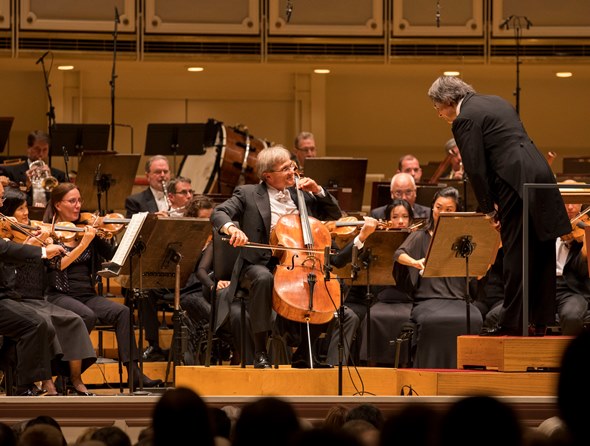 The Chicago Symphony Orchestra’s current series of concerts with music director Riccardo Muti spotlights one of its own — principal cellist John Sharp in an elegant and lyrical turn through the Schumann concerto. But the program also previews the CSO’s January tour of Europe, and the performance Oct. 14 no doubt anticipated the coming response abroad: The crowd went wild. 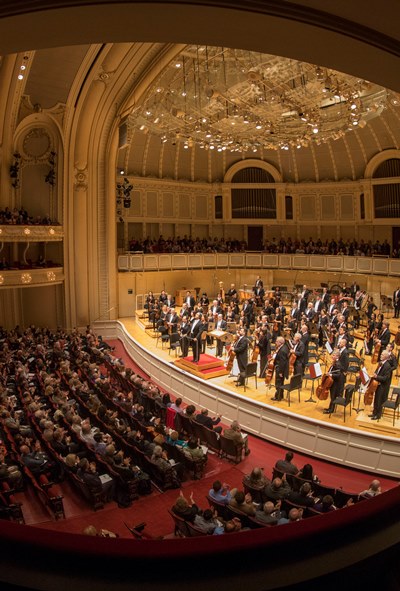 I’m talking about the visceral madness that answered the Chicago Symphony’s virtuosic stroll through the Mussorgsky-Ravel “Pictures at an Exhibition,” which Muti and the orchestra will take on tour. (The CSO persists in the translation “Pictures from an Exhibition,” but – to paraphrase the narrator in Dickens’ “A Christmas Carol” – the wisdom of our ancestors is in the preposition, and hence I shall stick with at.)

The performance was, indeed, quite something. Muti, now 75 years old, is looking every bit as fit and robust as he did when he took the CSO reins in 2010.  And in the six-plus seasons of his generalship, the orchestra has come to reflect the artistic finesse and musical perfectionism of its maestro. I don’t know when in the last decade I’ve heard the Chicago Symphony sound better than it did in this hair-raising “Pictures,” a litmus test for all-around ensemble refinement if there ever was one.

Moreover, I was not prepared to be flat-out thrilled by yet another encounter with an exhibition I’ve attended, live and on recordings, more times than I can remember. But this is just the sort of revelatory approach Muti brings to the core repertoire: thoughtful and analytical, but also poetic and singing. It is always Muti the opera conductor on the podium, and that perspective makes all the difference.

Mussorgsky’s gallery of 10 “Pictures,” inspired by a collection of paintings by Victor Hartmann and originally written for piano, has undergone various orchestral arrangements, but Ravel’s 1922 version has long enjoyed such absolute primacy that it has essentially become the work itself. Arguably, the brush strokes of “Pictures at an Exhibition” as we know it are more Ravel’s than Mussorgsky’s. 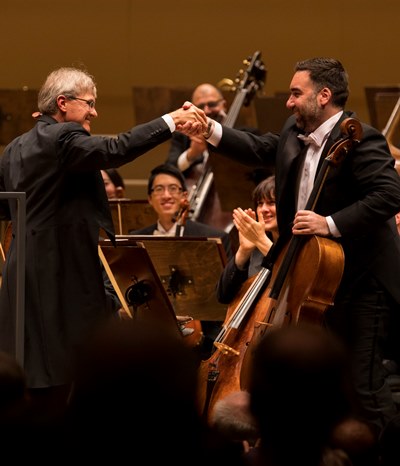 From the brilliant, skittering strings and brasses of “The Market Place at Limoges” to the dark lumbering of the ox cart in “Bydlo” and the unequal dialogue between pomposity and obsequiousness in “Samuel Goldenberg and Schmuyle,” Muti led a performance of almost verbal expressive precision. The ominous stillness of “Catacombs” was breath-stopping, the antiquarian aura of “The Old Castle,” with its languorous alto saxophone solo (played by J. Michael Holmes) a fleeting time-shift to another world. And finally, the full orchestra’s magisterial “Great Gate of Kiev,” whose soaring profile brought an electrified and clamoring house to its feet.

While it’s hard to envision Hindemith’s Concert Music for String Orchestra and Brass — also scheduled for the January tour and performed in preview here — ripping listeners from their seats across Europe, to judge from this hearing audiences abroad are in for a crisp and resonant account of a skillfully crafted work.

Muti effectively arrayed the brass choir – four each of horns and trumpets, plus three trombones and tuba – in an arc behind the strings, setting up clear, discrete planes of sound. I admit I’ve never been able to get beyond the technical aplomb and academic correctness of this music, which suggests to me Bartók without that edge of inspiration. Still, the CSO’s superb strings and brasses made the work’s polished surfaces glisten.

It was a great pleasure to see, or rather I should say to hear, John Sharp, the leader of the CSO cellos, step forward to deliver so buoyant and yet personal a performance of Schumann’s Cello Concerto in A minor. Sharp displayed complete authority over the work’s deceptive technical hurdles, which his airy lines and ruminative excursions simply banished from thought. That said, the cellist’s head-down avoidance of eye contact with the audience (he occasionally shot a furtive glance at Muti) created an emotional scrim between stage and house that militated against an otherwise radiant effort.

Muti opened his program with a rarity, albeit from a well-known hand: Dvořák’s “Husitská” Overture, a colorful and harmonically bracing gem heard at the Chicago Symphony’s first concert ever, 125 years ago, conducted by Theodore Thomas on Oct. 16, 1891. I couldn’t help thinking this sparkling turn by Muti and company would have wowed the guys – and they were all guys – in the original band. 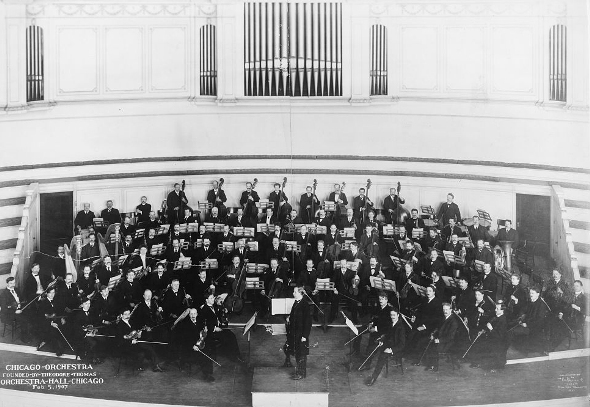