‘Bobbie Clearly’ at Steep: A troubled youth, murder and the shattering toll on a small town 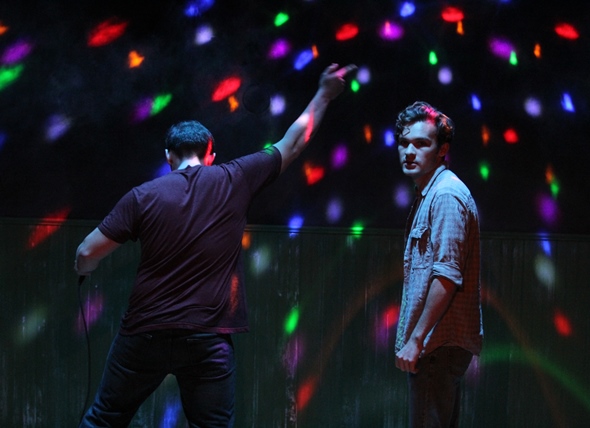 Having nurtured Alex Lubischer’s ambitious and imaginative tragi-comedy “Bobbie Clearly” through workshops, Steep Theatre now offers the result-to-date in a world premiere. It’s a dark tale – about a small-town youth who murders a little girl, goes to prison, then returns to make amends – laced with witty dialogue and charged circumstance. It’s also burdened by moments still awaiting the spark of life. 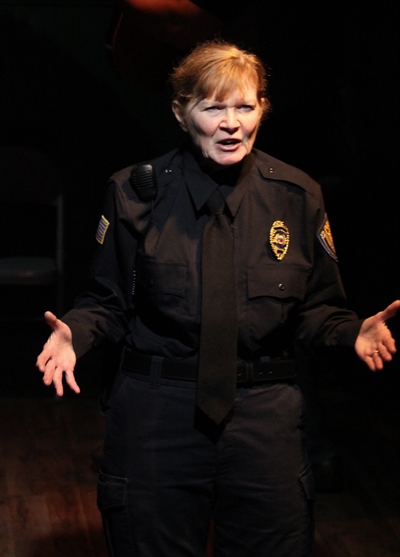 Bobby Clearly is a troubled, mostly quiet boy with a mean streak. We hear about some disturbing things from his childhood, and that terrible day when he shot the girl in cold blood, through an episodic narrative offered by the Nebraska town’s peace officer, Darla London (an earnest and compassionate turn by Melissa Riemer).

Darla’s account covers about a decade, from a time when several of the characters were in high school to the last of their annual reunion talent shows. In that growing-up space of time, we watch two pairs of BFFs discover the real-life limits of forever. And the slain girl’s anguished mother shakes off her first marriage even as she remains mired in her anger at Bobbie.

The wider reach of the playwright’s ambitions comes into view when Bobbie (played with credible reticence and diffidence by Carson Schroeder) is released from prison and decides to return to his hometown. Many, but not all, of the town folk – and we meet a goodly sampling in this amply cast play – react to the news with resentment; thus we perceive the first fissures in the community that will steadily widen into fractures.

Bobbie finds a place in his hometown once more, or so it seems – until he signs up to perform in the annual talent show. That’s when the community fabric frays and friendships come unstitched. 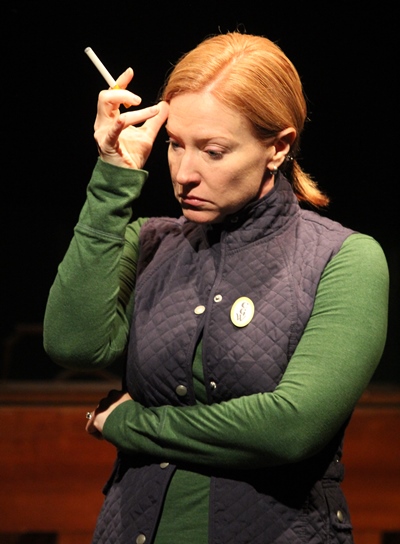 Two bubbly girlfriends, Megan and Meghan (distinguished in conversation as either the Meghan with an “h” or not, and played with double-barreled exuberance by Paloma Nozicka and McKenzie Chinn), crash on the rocks of Bobbie’s participation. And two buddies, Pete (Joel Reitsma) and Mitch (Roy Gonzalez), who have sustained their bro-ship long distance since high school, likewise blow up over Bobbie.

The very idea of this murderer joining the dopey, treasured fun of the talent show sends the victim’s mother into a rage. Erika Napoletano brings a sort of perpetual seething to the mortified mom.

Perhaps the play’s most intriguing characters, who also go off the deep end over Bobbie, are the gay classmate Eddie (David Fisch, exuding love of life) and his super-macho counterpart Derek (Nick Horst in a delightfully unfettered display of testosterone–induced histrionics).

It’s easy to see how the potential of  “Bobbie Clearly” prompted Steep’s commitment. No doubt the development process has brought the play a long way, and yet it still has significant problems.

The first time this Smallville high school puts on its talent show, the attempts at comedy and dance are meant to be lame, which they are; and that’s a risk that fails. What’s unfunny is, alas, self-consciously unfunny – and overlong. Another miscalculation is having characters in different places delivering monologues at the same time, in dramatic counterpoint. That’s extremely tricky, and what I heard was largely two people talking over each other and creating indecipherable noise. That device pops up more than once, with the same result each time. If such verbal overlays are to work, the director must figure out how, and director Josh Sobel has yet to do so. 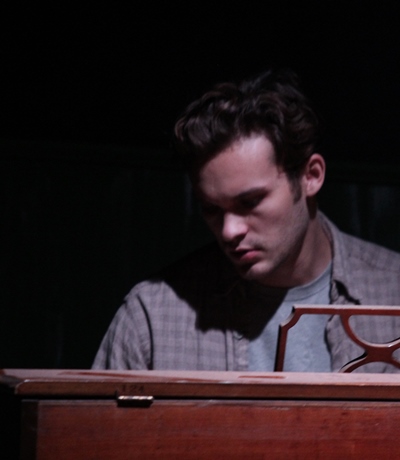 Bobbie is said to be a gifted pianist, and at one point we see him in dreamy communion with the keyboard. But it’s an isolated moment, and besides we have no context for such accomplishment by a kid who is in all other respects quite unremarkable.

Especially curious is the play’s denouement, which takes a hard jerk from compelling to merely bizarre. It involves Bobbie using a hand puppet, at the talent show, to reconnect with the little girl he murdered those many years ago. It’s a frankly heart-stopping scene, genuinely brilliant – and then the whole thing falls apart in surreal fashion, in a general brawl, with the two emcees in upbeat mode as if no ruction were taking place behind them. The turn feels contrived and, after Bobbie’s melancholy dialogue with the puppet, dreadfully anticlimactic.

Then, of course, there’s the overarching unanswered question: Why did Bobbie kill the girl? That’s what everyone in town wants to know. I think I’m not spoiling anything by reporting that no reason is given; not so much as an intimation. If just a ray of light were beamed into that corner, “Bobbie Clearly” would be a better play.