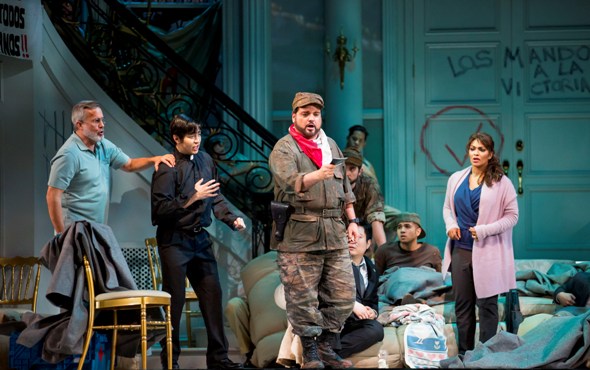 Report: TV production crew will come to Chicago in January to film performances on Lyric stage; airing scheduled for next season.

“Bel Canto” —  the world premiere opera by Jimmy López and Nilo Cruz that Renée Fleming helped to develop for the Lyric Opera of Chicago — has been chosen for broadcast on the “Great Performances” PBS series. A New York City production team will be in Chicago to film the Jan. 5 and Jan. 8 performances to prepare a national broadcast for the 2016-17 television season. The opera extends through Jan. 17 at the Civic Opera House.

Operas take three years or more to create, but when “Bel Canto” arrived on the Lyric stage Dec. 7, it seemed literally ripped from the headlines. Its subject is a hostage crisis, based on Ann Patchett’s best-selling 2001 novel inspired by a guerrilla siege at a multinational diplomatic gathering in 1996 Peru that left hostages trapped for months. 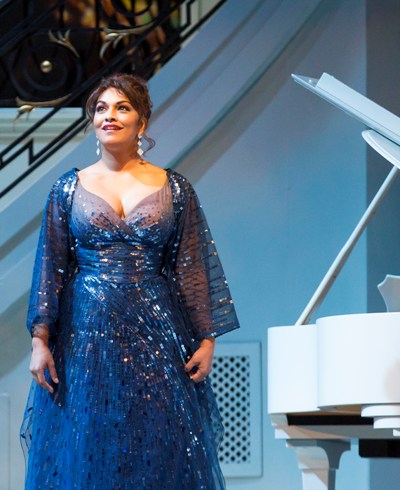 “Bel Canto” – the opera – recently premiered within weeks of the November massacre that killed 130 people in Paris, including 89 at the Bataclan theater where a concert was taking place. The opera’s plot also involves a concert; a world-famous soprano has been invited to perform in Peru at a birthday party for a Japanese mogul, and guerrilla soldiers rappel into the mansion while her concert is underway.

Fleming, world-famous herself, was drawn to Patchett’s novel and to the character of the diva Roxane Coss, thinking there was operatic potential in the aspect of the story line that examined what happened to people in the extended siege that trapped guerrillas and guests alike. Among captors and captives, the lines began to blur as individuals gradually came to know each other, and the soprano’s singing became a powerful humanizing force. (Danielle de Niese takes the role of Roxane in the world premiere.)

With Lyric music director Andrew Davis, Fleming began looking for potential composers. She eventually approached the gifted Peruvian composer Jimmy López, now 37. The opera was made possible by the Prince Prize for Commissioning Original Work, which was awarded to López and Lyric Opera of Chicago in 2013. López was paired with the Cuban-American poet and playwright Nilo Cruz, who won the 2003 Pulitzer Prize for his play “Anna in the Tropics,” set in Ybor City, the cigar-making center of Tampa. 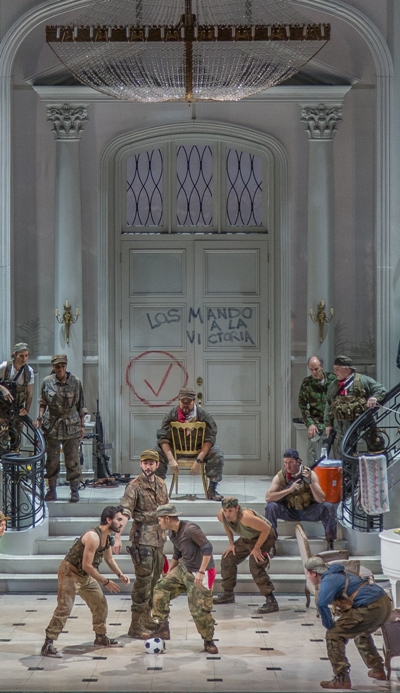 “It is simply stunning to see my good friend Ann Patchett’s novel come to life onstage as an opera written by Jimmy López and Nilo Cruz,” Fleming said. “We all feel very close to this piece.”

The opera is the first Lyric commission in more than a decade, and the result has left the company thrilled. “It is an extraordinary piece — powerful and moving,” said Lyric’s general director Anthony Freud, who expressed his delight that many more people will see it than were able to attend the live performances.

Meanwhile, four live performances do remain — Jan. 5, 8, 13 and 17. For details, and more about this work, go to LyricOpera.org.