At Goodman’s New Stages Festival, playwrights count on sharpening assist from the audience 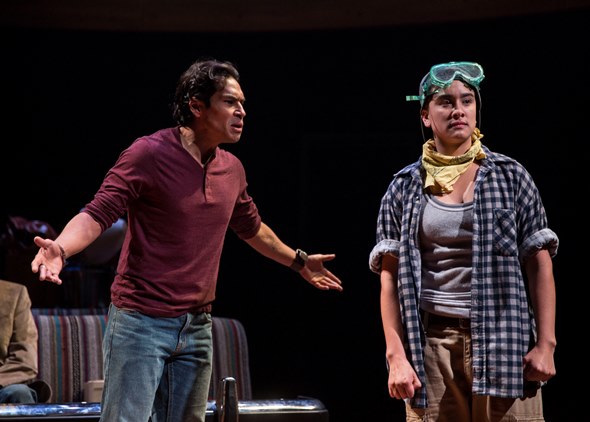 Three formative plays on the boards in Goodman Theatre’s New Stages Festival offer an intriguing glimpse into the process of turning a work of promise into a well-honed piece of stagecraft ready for prime time. .

Now in its 12th year, the 2015 edition of New Stages concludes Nov. 13-15 with final performances  of those plays and a cluster of readings. 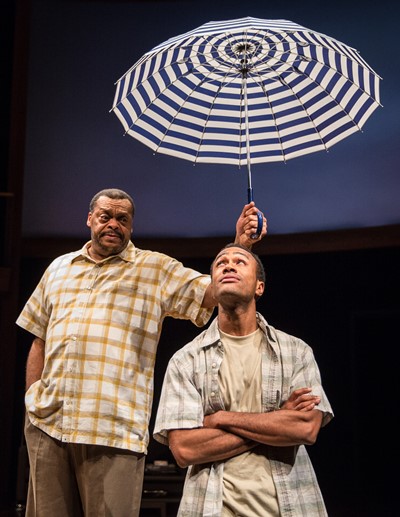 What I took in were carefully prepared, albeit modestly staged, productions of plays in advanced workshop mode – offered free to the public and with a clear message to critics that reviews were not in order. So, no review here, just an appreciative overview, with inside perspectives from New Stages program director Tanya Palmer and participating actor Lakin Valdez.

In the space of five days, I saw all of the featured plays: “Mother Road” by Octavio Solis, “King of the Yees” by Lauren Yee and “Objects in the Mirror” by Charles Smith. Any or all of these promising works could end up on Goodman’s regular-season schedule in the near future, as others have done before.

This season’s Goodman offerings include two such transfers: “Feathers and Teeth” by Charise Castro Smith and “Carlyle” by Thomas Bradshaw.  A third play on this season’s lineup, “Another Word for Beauty,” emerged from a New Stages reading. To observe the consistently focused involvement by first-rate acting ensembles, and to glean some insight into the rehearsal process, is to understand how the program can be so fruitful. 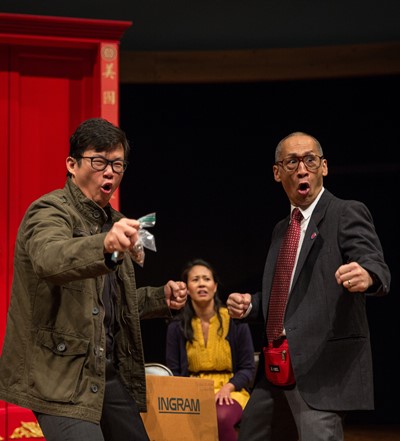 “We want a range of exciting stories that are ambitious in their vocabulary, adventurous in approach and explore big theatrical questions,” says Palmer, who has shepherded New Stages for the last decade. “Getting these plays in front of an audience allows the playwrights to see what’s landing and what is not – and then go back into rehearsal and make those adjustments.”

The New Stages process is continuous: rehearsal, performance, assessment; repeat. And audience input really counts. While post-performance talk-backs are commonplace throughout the theater world these days, even for plays from the core canon, in the developmental flow at New Stages, playwrights, directors and actors take to heart the viewers’ feedback on what’s working, what’s funny, what’s extraneous, what needs more context.

Then it’s back to the rehearsal room for another 30 hours of work before bringing the further honed play to a new audience. 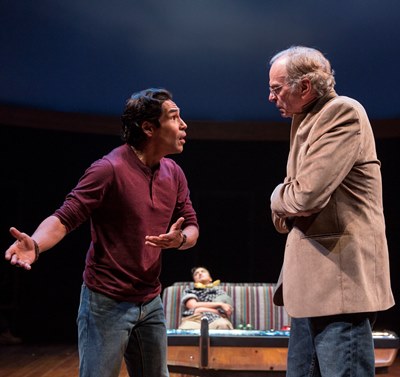 “I love the process, working directly with the playwright,” he says. “You want to bring your A-game. I’ve been blown away by the level of skill and commitment of the actors here – their ability to assimilate so much changing text in a rehearsal process that’s very truncated, to come in the next day ready to go with new lines memorized.”

Before each of the three staged performances I attended, a New Stages coach reminded the audience of the workshop setting, and cautioned that some lines in what they were about to hear might have been written only a few hours earlier. Indulgence would be required if an actor asked for a line. Yet, over the course of three plays, I never once heard anyone make that request.

“Mother Road” derives from Steinbeck’s “The Grapes of Wrath.” It’s the story of the last surviving descendants of Steinbeck’s Tom Joad – William Joad (played by Ross), who’s dying of cancer and wants to hand off his Oklahoma ranch to a young relative he’s heard about; and the awkwardly surprising beneficiary, a Mexican-American called Martín Jodes (Valdez). 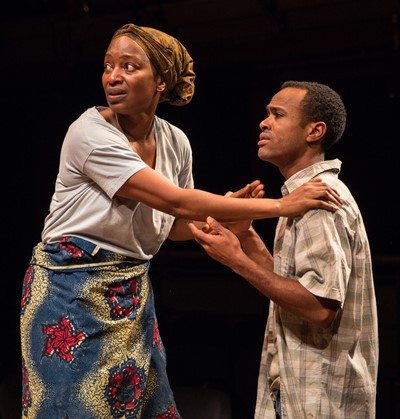 “Objects in the Mirror,” set first in Africa and then Australia, is the harrowing story of a Liberian youth (Charles Andrew Gardner) whose mother (Lily Mojekwu) and uncle (A.C. Smith) manage to spirit him out of Africa, through great hardship and despite the lad’s bull-headed determination to make bad choices.

“King of the Yees” turns about one Larry Yee (Francis Jue), the playwright’s father, and the male-dominated enclave of San Francisco’s Chinese-Americans. Magical realism and farce both come into play.

“This whole process reflects the freedom you look for in theater,” says Valdez. “As an actor, from day one you feel the growth and maturation of both the play and the ensemble. You feel the confidence placed in all of us. But you know the play is the thing, and you want very much to help make it succeed.”