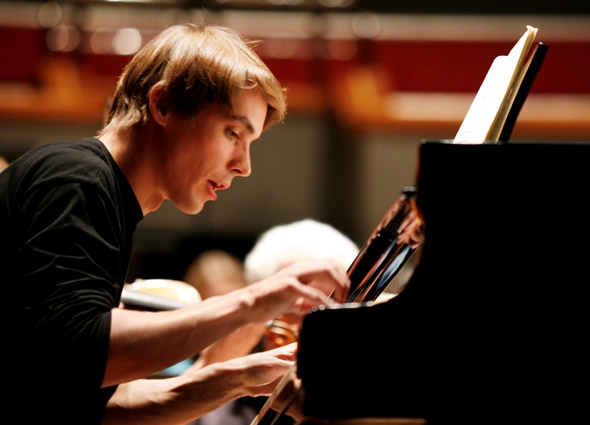 Review: Pianist Cédric Tiberghien in a recital of works by Ravel, Debussy and Szymanowski at Orchestra Hall, on May 3.

The French pianist Cédric Tiberghien turns 40 years old on May 5, but it was he passing out the presents May 3 at Orchestra Hall. His recital, devoted largely to Ravel and Debussy as the official opening event of the Chicago Symphony Orchestra’s three-week festival titled “French Reveries & Passions,” was a veritable shower of musical gifts from a pianist making his Chicago debut and, incredibly enough, still just barely known in the U.S. 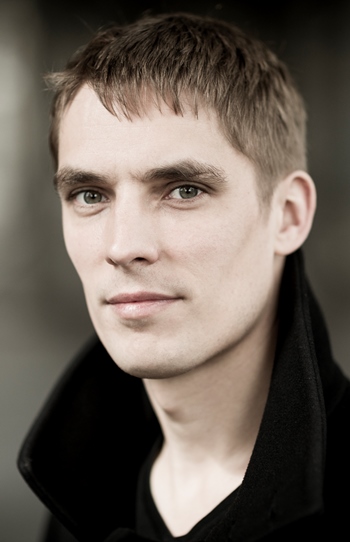 Tiberghien’s performance was everything one might wish for from a Frenchman playing the music of his great countrymen. In a public chat after the recital, the pianist said he didn’t really think of himself as carrying on a specifically French interpretive tradition – that in our age of instant global communication, an able pianist from anywhere might play Gallic music as well as a native such as himself.

This, dear reader, was mere modesty. I would be hard pressed to cite the last time I heard the very familiar music on Tiberghien’s program played with such technical finesse, such sensitivity to color: such an idiomatic flair for wash and wit.

It’s not as if Tiberghien were unknown in this country. He has recorded extensively for Harmonia Mundi — half a dozen recital CDs with music of Beethoven, Bach, Debussy and others — and Hyperion. And he has played both Carnegie Hall in New York and the Kennedy Center in Washington, D.C. But while he has appeared with a few American orchestras, his exposure isn’t nearly what his Orchestra Hall program would seem to warrant.

By the finish of Ravel’s “Gaspard de la nuit,” which opened Tiberghien’s recital, I’ll venture that many a listener was wondering with me, “Where has this guy been?” Each of the work’s three episodes produced its own magical impression, from the gossamer sparkle of “Ondine” to the spectral tolling of “Le gibet” (The Gallows) to the blistering rhythmic intricacies of “Scarbo,” that last a virtuosic romp reminiscent of Liszt.

If Tiberghien’s Ravel shone with subtle, cool brilliance, his generous offering of Debussy possessed a hazy sensuality worthy of Monet. In a selection of Debussy’s Preludes, from both Books I and II, Tiberghien’s gentle evocation of “Les collines d’Anacapri” (The Hills of Anacapri), made a seductive companion piece for the ensuing “Des pas sur la neige” (Footprints in the snow) to which the pianist brought the vague drift of an image painted white on white. Then came the stormy rhetoric of “Ce qu’a vu le vent de l’ouest” (What the west wind saw), in which Tiberghien managed to summon all the orchestral tumult of Debussy’s grand symphonic poem “La mer.” 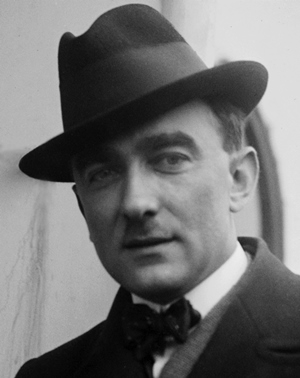 A second Debussy group included a ruminative, luminous excursion through “Masques” and an exuberant “L’isle joyeuse” (The joyous island), the startling power of the latter harkening back to “Ce qu’a vu le vent de l’ouest.” Absolute control – of dynamics, shading, rhythm – is one of the most remarkable features of Tiberghien’s playing, and it was on display again in two Debussy encores: the shadowy weight of “La cathédrale engloutie” (The sunken cathedral) and the sheer glitter of “Feux d’artifice” (Fireworks).

To these French standards, Tiberghien added the rare delight of Polish composer Karol Szymanowski’s “Masques,” a triptych of French-influenced sketches that take in a stylistic swath from the perfumed atmosphere of “Schéhérazade” and the pianistic cavorting of “Tantris le Bouffon” (Tantris the Jester) to the heated, aggressive “Sérénade de Don Juan.” The precision, vitality and nuanced inflection Tiberghien brought to each of these pieces left one wanting to hear more of this fetching piano music by a composer who four generations ago was the nouveau Chopin, pride of his homeland. Here’s a sampler from a Hyperion release of Tiberghien playing Szymanowski’s music for piano and violin with Alina Ibragimova.

The CSO’s French festival gets under full sail May 7-9 when conductor Esa-Pekka Salonen leads the orchestra in a concert version of Ravel’s opera “L’enfant et les sortilèges” on a program with other works by Ravel and Debussy. Another French pianist, Alexandre Tharaud, presents a recital of music by Couperin, Rameau, Satie and Ravel on May 10. 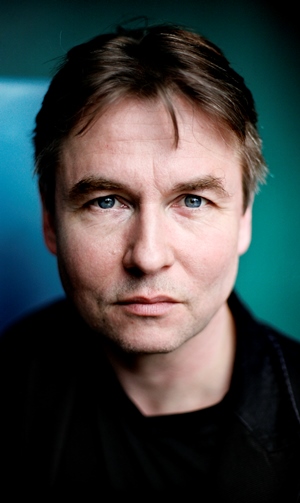 Salonen leads a concert version of Debussy’s opera “Pelléas et Mélisande” (May 14-19), then winds up his three-week stay with Messiaen’s “Turangalîla-symphonie” on a program with Ravel’s Piano Concerto in G featuring soloist Jean-Yves Thibaudet (May 21-23).

Two chamber music concerts complete the festival performance schedule: Cellist Yo-Yo Ma, pianists Orion Weiss and Matthew Aucoin and mezzo-soprano J’nai Bridges join members of the CSO in a program at Orchestra Hall that includes the world premiere of Aucoin’s Dual for Cello and Bass (Alexander Hanna) as well as Messiaen’s Quartet for the End of Time and music of Ravel. Finally, four CSO string players pair the Debussy and Fauré string quartets May 24 at the Art Institute of Chicago.