Joshua Bell, violinist and adventurer, hits the city for recital trek from Tartini’s ‘Devil’ to Stravinsky

Preview: On the eve of his Feb. 12 recital at Orchestra Hall, Bell talks about carrying classical music’s message outside the lines and taking over as music director of the Academy of St. Martin in the Fields.

The entire musical world knows about Joshua Bell, the violin prodigy grown up to become blazing virtuoso. And by now many also know him in a more recent guise as a conductor, indeed as music director of London’s Academy of St. Martin in the Fields. But the man in those robes also sees himself in quite another way – as a musical adventurer. 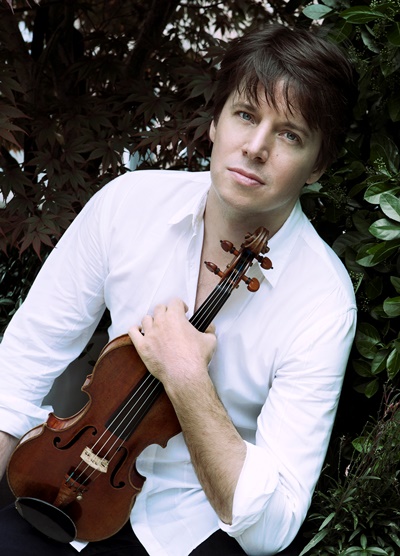 “I tend to agree to pretty much everything I’m asked to do,” says the amused violinist, who comes to Orchestra Hall on Feb. 12 to play music of Tartini, Beethoven and Stravinsky in a recital with pianist Sam Haywood. “I’m always up for new adventures. When I was in my twenties I appeared on the Johnny Carson Show several times, and even then there were naysayers insisting that I shouldn’t be doing that.

“But I’ve always jumped at those chances. As long as it keeps classical music in the conversation without demeaning the art form, I’m all for it.”

Bell’s latest venture afield is the pilot episode of a video project created by Amazon called “Mozart in the Jungle” – the jungle being the classical music biz — in which he performs with an orchestra “conducted” by veteran film actor Malcolm McDowell in a cast that also includes Broadway star Bernadette Peters.

“They just asked me to play myself, which I’m pretty good at,” says Bell, 46. “And it was chance to be on a set with Malcolm McDowell, an actor I’ve loved ever since I saw ‘A Clockwork Orange’ as a kid.”

Bell also famously – or again perhaps infamously – played himself, sort of, in a widely circulated subway adventure for The Washington Post in 2007, when he posed as a busker for 45 minutes just to see how hurried passersby would react. Of the hundreds who streamed past, just seven stopped and only one person recognized him. His earnings for that gig: about $32.

No doubt the violinist’s embracing, easygoing – dare I say normal – outlook on life helped get him through his prodigious early years without being consumed by stardom. At age 14, he made his major-league orchestra debut with the Philadelphia Orchestra conducted by Riccardo Muti, now music director of the Chicago Symphony. Three years later, Bell made his solo debut at Carnegie Hall. In the three decades since, his celebrity – and with it the esteem in which he is held by the music world – has only risen. 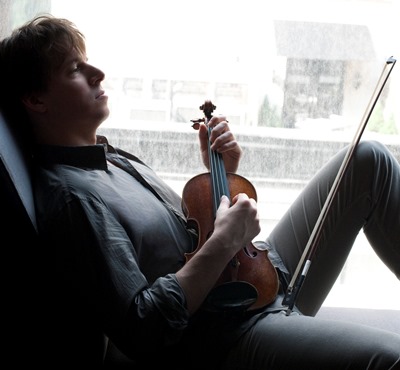 Inevitably, says Bell, his love of music led him to the conducting podium and to the special rapport that has developed between him and the Academy of St. Martin in the Fields. In 2011, he was named as the Academy’s first music director since Neville Marriner, who founded the group in 1958.

“For me, conducting is about expanding my knowledge of music,” says Bell. “It’s about continuing to explore. That’s what a life in music is about. I’ve always admired conductors and I like being in control musically. I suppose it’s like older actors wanting to become directors.

“My relationship with the Academy came in an organic way. It grew out of chamber music that we first played together about a decade ago. We’ve just always gotten along well.”

And where should maestro Bell and the Academy make their first plunge together into the recording stream but with Beethoven, and a release of the Fourth and Seventh Symphonies. More Beethoven couplings will follow, though for now there’s no solid plan to tackle the Ninth Symphony.

“I don’t know when or if a Ninth will happen,” Bell says, “but someday, maybe eventually. It would be nice to do them, just as a legacy for my grandchildren.”

In mid-March, Bell and the Academy will embark on a two-week U.S. tour with a single, albeit ambitious, program: Brahms’ Violin Concerto with Bell doubling as soloist and conductor, and Beethoven’s Symphony No. 3 (“Eroica”). 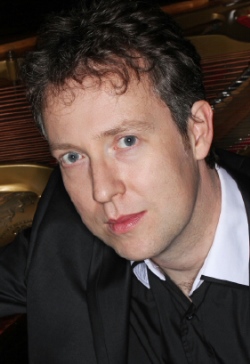 Meanwhile, it’s also Beethoven at the center of Bell’s Orchestra Hall recital with Sam Haywood on Feb. 12 – not the famous-label sonatas, “Spring” and “Kreutzer,” but the last work in that series of 10, the Sonata in G major, Op. 96.

“To my mind, it is the most profound of the sonatas, the most poetic,” says the violinist. “Maybe it doesn’t bring the house down in the same way, but it’s plenty exciting.
Beethoven will be bookended by Tartini’s “Devil’s Trill” Sonata and a suite from Stravinsky’s ballet “The Fairy’s Kiss.”

“The Stravinsky is funny, a romp,” says Bell. “Everybody loves that piece, even people who think they don’t like Stravinsky. I’ve been playing the ‘Devil’s Trill’ since I was 13 – in the traditional Fritz Kreisler arrangement back then. But now I do my own version, with a cadenza that’s really like a piece of rock music.”

Bell also promises to let it rip in his encores. “I’ll do some juicy violin stuff – Sarasate, Wieniawski, Paganini. We’ll save the showpieces for the end.”